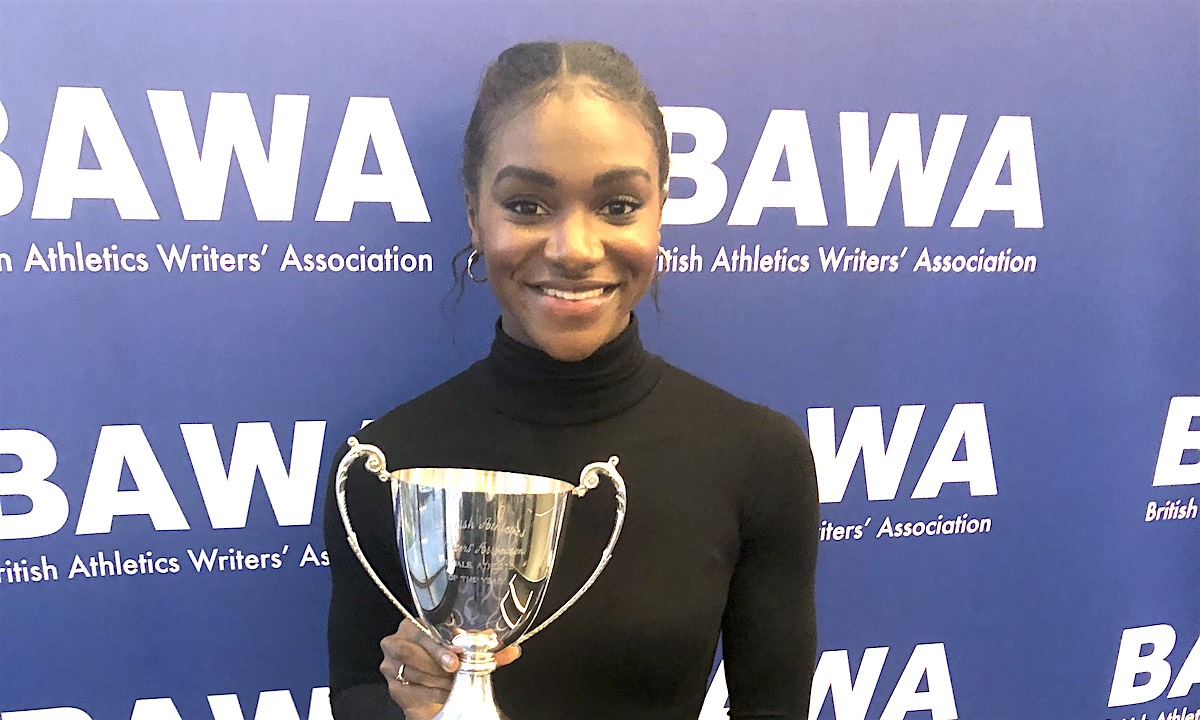 The star sprint duo pick up the top honours after golden performances this year, while Anthony Whiteman was also among the award recipients.

Dina Asher-Smith and Zharnel Hughes were named as the Female and Male Athletes of the Year for 2018 at the British Athletics Writers Association awards at a luncheon at the Tower Hotel, London on Friday (November 23).

The Great Britain and Northern Ireland internationalists – both first-time winners of the sport’s oldest and most prestigious honour – each claimed gold medals in the 100 metres at August’s European Championships in Berlin amid excellent seasons.

British 100m and 200m record holder Asher-Smith, who finished ahead of 2017 winner Laura Muir and Katarina Johnson-Thompson in voting among the track and field media, was a triple champion at the Europeans, additionally taking victory in the 200 metres and the 4×100 relay while setting British records in both individual events in the German capital.

Additionally, she picked up a gold and bronze at April’s Commonwealth Games and was named European Athletics Athlete of the Year.

Now for more, she insisted, at next year’s world championships.

“The Americans and Jamaicans will be there,” said the 22 year-old. “The pressure of competition is making me work hard and train hard.

“Alongside my fantastic coach John, we’re trying to turn my weaknesses into strengths and my strengths into stronger strengths, so I can put myself in a better position over the next two years and for the rest of my career.”

Hughes, 23, added 4×100 relay gold to his 100m title in Berlin with his CV enhanced by a further relay crown at the Commonwealths. His 100m personal best of 9.91 seconds now ranks him second behind Linford Christie on the UK all-time list, and it earned him the BAWA prize ahead of six-time Male Athlete recipient Mo Farah with Nick Miller and Reece Prescod sharing third place.

Sophie Hahn, who took T38 100m, 200m and relay golds at the European para athletics championships in Berlin, and Kare Adenegan, who landed T34 100m gold and 800m silver at the same event at the age of 17, as well as earning victory in the Virgin Money Giving Mini London Marathon, were joint winners of the Female Para Athlete of the Year prize.

Thomas Young, just 18, secured the Male Para Athlete of the Year honour following two golds in Berlin, in the T38 100m and 200m.

The long-standing Ron Pickering Memorial Award for Services to Athletics was, fittingly, presented to one of the late commentator’s former BBC colleagues, Paul Dickenson. The two-time Olympian, 68, is coach to Norris and mentor to a large group of young throwers, doing a huge amount over four decades to nurture young talent in tandem with a long and distinguished broadcasting career.

This year’s BAWA Inspiration Award was presented to Anthony Whiteman, a silver medallist in the 1500 metres at the 1996 European Indoor Championships in Stockholm, and then twice an Olympian, who continues to produce remarkable performances in the masters ranks.

RELATED: Anthony Whiteman: the end of an era

Now 47, he reached his last British Championship final just three years ago but his masters accomplishments now include world bests and a world title in 2015.

In tandem with the main BAWA awards, a number of annual prizes from the British Milers Club were also presented including Male and Female Athlete of the Year prizes for Jake Wightman and Laura Muir, and a Coach of the Year for Geoff Wightman.