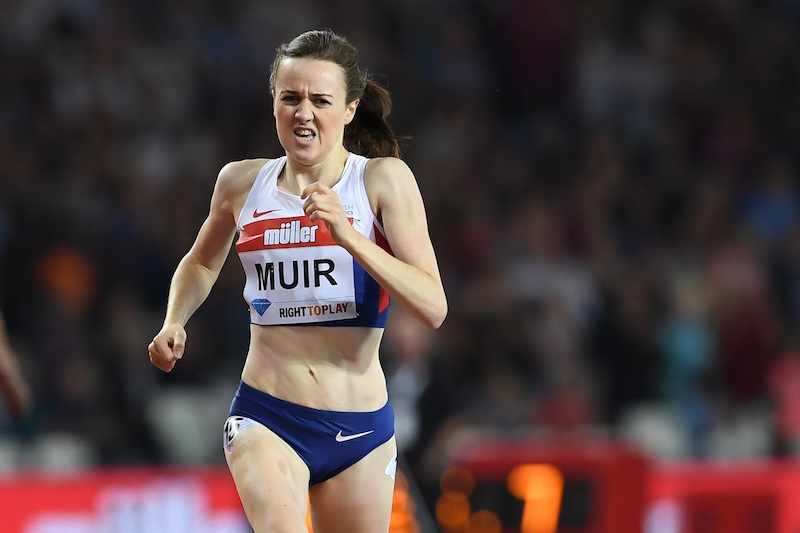 Josh Griffiths takes the win at the Asics London 10k and Lewis Jagger goes sub 30 for the first time in Grimsby. Beth Hawling makes her 5k debut with a win at the Sri Chinmoy race in Battersea for a fast week on the roads.

Fresh from his 10k win in Porthcawl earlier this month, Swansea Harriers’ Josh Griffiths had a good Sunday morning which resulted in a three place and 39s improvement on last year, breaking the tape in the Asics London 10k (Previously the British 10k) in 29:47.

Clubmate and the 2018 champion Dewi Griffiths had to settle for third this year, finishing in 30:12, with AF&D’s Joshua Grace separating the two with his 29:56.

The women’s race was a swift one as all three podium spots were taken in faster times than 2018. First up was Bedford & County’s Rebecca Murray who ran 33:46 to take first place having had a swift dip into long distance to run a 75 min half marathon in Naples only eight days ago.

Mhairi Mclennan was back out for some 10k action on the roads after her recent appearance on the track in Highgate. She came second in 34:01 which was comfortable lead over Cardiff’s Clara Evans who completed the top spots with a 35:26.

While the headline race might have been in London it wasn’t the only fast 10k around. Another gent ducking under the 30 minute mark for 10k this weekend was Lewis Jagger of Sheffield and Dearne AC who ran a 23 second PB to win the Great Grimsby 10k in 29:56. In a rather neat turn of events, second place went to Alastair Watson of Notts Ac in Jagger’s previous PB time of 30:19. Lincoln Wellington’s William Strangeway took third in 31:05.

No PB’s were troubled on the women’s podium though as Calli Thackeray (Hallamshire Harriers) was back in the UK comfortably outside her PB for a win of 35:13. City of Hull’s Becky Briggs finished second in 35:40 and Lincoln Wellington bagged another third place with Natalie Burns coming home in 36:44.

At Surrey’s Elmbridge 10k it was Emily Wicks of Aldershot Farnham & District who took on this weekend’s muggy conditions to win the race in 36:05. Molly Renfer of Highgate Harriers was second in 36:59 and South London Harriers’ Mary James came third, just 7s behind her.

For the men, it was Andrius Jaksevicius (Belgrave / Latvia) who won in 31:49 but it was the second and third place that provided the excitement as West 4 Harriers’ Paul Piper and Heathside’s Tom Aldred finished within one second of each other in 32:05 and :04 respectively.

Full results and times from the Musselburgh Festival 10k have not been released yet, but we do know that Fanni Gyurko of Central AC won the women’s race and John Brogan of Falkirk Victoria Harriers was the victor in the men’s.

In Preston there was a unique racing opportunity (quite literally). The Penwortham Bypass 10k took place on a flat, fast stretch of new but as yet unconnected road. The inaugural and, one assumes, only winner was Salford Harrier’s Chris Livesey in 32:58. Mandy Dohren was crowned as the women’s winner with the sponsors construction helmet in 37:33 in one of those podium shots runners dream of. Success in the South West

It was a busy mid week in Exeter with back to back 10km races from City Runs on Wednesday and Thursday. The quickest three men all ran in Wedensday’s event with Phil Wylie coming out on top in 31:45 with Adam Holland second in 33:05 and Berihu Hadera third in 33:23.

It was a similar story in with the women with Wednesday’s race providing the three quickest performances with 37:59 for Rosie Hattersley, 38:28 for Nikita Steiner and 39:22 for Nicky Savill.

The Caterham Rotary Half Marathon and 10k took place at Redhill Aerodrome. There was a dominant win in the half by James Connor of Havering AC finishing in 69:57 with Kat Owens the women’s winner in 89:37.

Starting the week with a bang

Always a competitive series, this one did not disappoint. Nick Torry, Serpentine member who is part of the England team for the Frankfurt marathon later this year, showed that his training is going well as he nabbed a nine second PB and first place in 14:34.

Another PB run was rewarded with second place for Jonathan Poole, also of Serpentine RC in 14:34. Ben Cole kept the podium comfortably sub-15 as he crossed the line in 14:45.

For the ladies, Cheltenham & County Harriers’ Beth Hawling has a rather sweet 5k debut time on her power of 10 entry, thanks to a first place finish in 16:48. Cottage’s Natalie Seymour, a triathlete by trade, was also making her debut for an official 5k and ran 17:21 for second place.

Rose Penfold of Fulham Running Club took third in 17:34 and in case you’re thinking that name sounds familiar, a quick scroll up will remind you that she went on to place second in the Run Norwich 10k later in the week. Also this week was the Vic Musgrove Fast Five at Telford AC. It was slightly slower than Battersea in general, bar a notable appearance from parkrun fanatic, Hayley Carruthers.

The Birchfield Harrier obliterated the course record by 37 seconds and ran a huge PB in the process, finishing in 15:53.

Dylan Telford of the home club also gained a new best time with his 15:20 win. Second places went to Bridgenorth RC’s Lauren Cooper (17:50) and Bournville Harriers’ Henry Brocklehurst (15:21) and third to Sarah Mackness of Notts AC (18:08) and Jonathan Morris of Wolverhampton and Bilston (15:35)

Not for those who love an easy run, The International Snowdon Race has a maximum gradient of 32%, with only 1km of the race being flat. The race, which took place on Saturday as the latest in the WMRA World Cup Series. It was Sarah McCormack who conquered the route first in 01:14:49 for the women Andy Douglas in 01:04:04 for the men.

Both Douglas and McCormack are leading the Mountain Running World Cup and had convincing wins on Wales’ highest peak. The Snowdon Race is one of two halves, with the tough uphill being followed by an unrelenting descent. A full write up can be found here. At the London Anniversary Games Laura Muir showed continued dominance winning with a storming final lap and a finish time of 3:58.25 in the women’s 1500m. Sarah McDonald (4:00.46) and Jemma Reekie (4:02.09) both ran PBs in the same race.

The Emsley Carr Mile took place on Sunday and saw some fantastic sub four mile performances. Jake Wightman ran a fantastic PB of 3:52.02. Chris O’Hare missed just fractionally missed out on a PB with a fantastic run of 3:53.35. Josh Kerr ran 3:53.88 to maintain his position as the seventh fastest under 23 Britain at the mile. Jake Heyward ran 3:54.78 in an incredible debut at the mile. Recently interviewed Piers Copeland (3:56.05) and Zac Seddon (3:58.9) also broke the magical four minute barrier with Neil Gourley finishing in 4:05.80.

On a side note, the SIAB International meeting saw Welsh athlete Osain Perrin break the U17M 3,000m Welsh record in a time of 8:23.64, a record that has stood for 40 years. A stunning run.