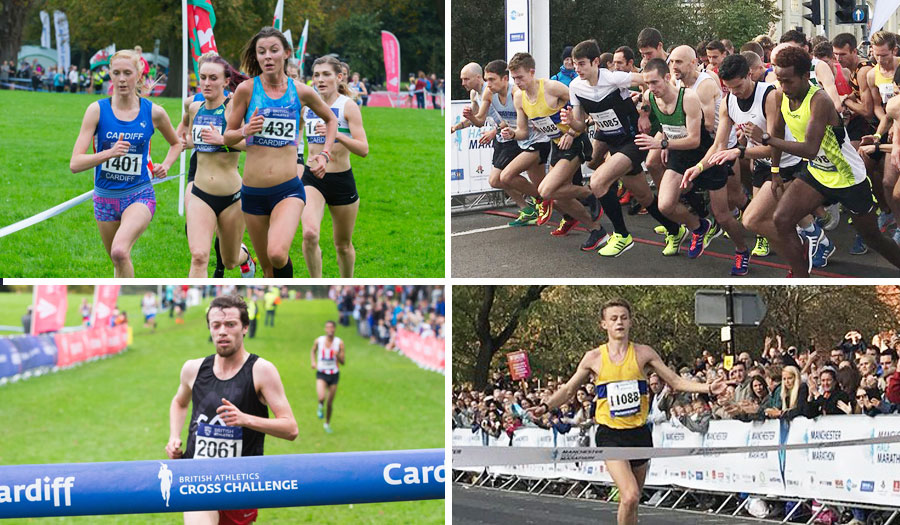 Jess Judd and Sam Stabler started the cross country season with wins at the Cardiff Cross Challenge, while on the road 13.1-mile debutant Luke Traynor and Rebecca Hilland sealed Manchester Half Marathon titles.

Elsewhere this weekend the first Birmingham International Marathon got off to a flying start with Chris Ashford winning the men’s title and Sophie Kelly taking a massive chunk of her PB for the women’s crown. Not forgetting there were brother and sister winners in the half marathon.

Cardiff Cross Challenge – Cardiff, Saturday, October 14
The cross country season got underway on Saturday in Cardiff with the first event of this years’ British Athletics Cross Challenge series. A revised date and new location made little difference to Jess Judd as she once again triumphed in the Welsh capital, successfully defending her title. She took the win ahead of Verity Ockenden and Cardiff local Charlotte Arter. Judd made her move at the start of the second lap, opening up a small gap with only Ockenden and Arter able to respond. Ockenden had the strength in the closing stages to pull away from Arter, finishing one second behind Judd, with Arter taking third five seconds behind. 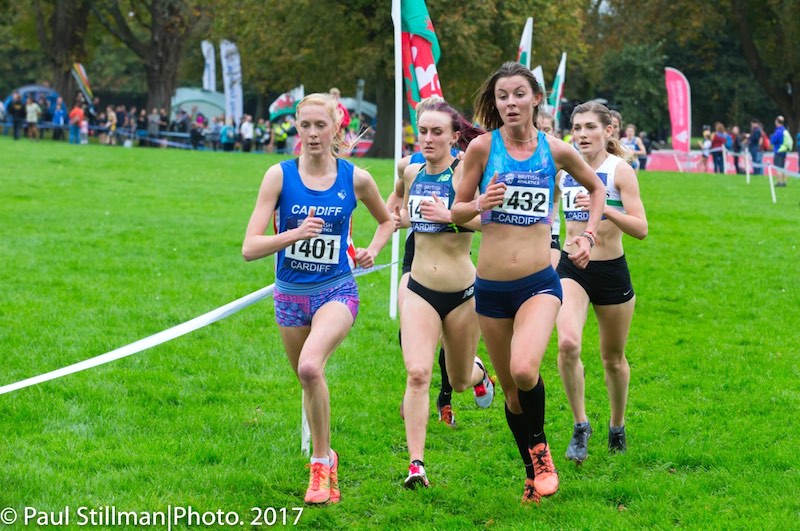 After the race, Judd, said “I’ve already started the season better than I did last year so that is positive. But I don’t want to put any pressure on myself. I just want to do race after race see what happens.”

Jess Judd interview on all things cross country related can be found here.

Sam Stabler of Wreak and Sour Valley and Mahamed Mahamed of Southampton AC had a great battle, with Stabler proving the stronger of the two taking the victory. Stabler, like Judd, pulled away from the field on the second lap of the popular Llandaff Fields venue. Only Mahamed was able to cover the move and remained in close contention until the closing stages of the race.

Traynor, Robbie Simpson and Huck all reached 5km together in around 15:07 but by 10km Traynor had opened up a sizable gap with a 30:13 split. Huck was 19 seconds adrift and Simpson a further couple of seconds behind. By the tape, Traynor had increased the winning margin with Peter Huck holding on to second.

A strong finishing Matt Clowes of Cardiff AC overtook Simpson for 3rd, with a personal best 65:11. Two weeks ago Clowes decided last minute to run Cardiff Half Marathon on the back of a 100-mile week posting 66.07, and he shows no signs of the strain.

Simpson will be disappointed with his fourth-place finish, but after a summer blighted by a calf injury and unable to run on flat surface, it’s good to see him take to the roads again and rebuild with a solid half marathon performance. Before the race Simpson told Fast Running he was “aiming for 65 minutes”, so he should be content with his 65:24.

In the women’s race, Rebecca Hilland lead from the start and passed the 10km split in 36:03. The Team Bath runner maintained a solid pace to the finish to win by over three minutes in 1:15.40, two seconds outside her lifetime best. The versatile athlete, who represents GB on the mountains is aiming for Frankfurt Marathon.

Despite living and working in Norway, Rebecca still often competes on UK shores. She was disappointed with her run a few weeks ago at the Great North Run so will be happy to see her form improve before Frankfurt. Julie Briscoe of Wakefield was the second female over the line in 1:18:51, with Sarah Mackness of Telford AC third in 1:20:56.

Birmingham International Marathon – Birmingham, Sunday, October 15
In the Midlands, Chris Ashford of BRAT AC took the victory in the inaugural Birmingham International Marathon. The finishing positions changed within the final mile as long-time leader Martin Williams of Tipton began to fade. Ashford impressed with a winning time of 2:33:46, only a week after running 2:29:01 at the MBNA Chester Marathon. Another impressive fact is it’s Ashford’s fourth marathon under 2:35 in 2017.

Sophie Kelly of Cambridge and Coleridge knocked over twenty minutes off her personal best of 3:14:52 winning today’s race in 2:52:28.

It was a family win in the half marathon with brother and sister Will and Chloe Richardson taking the titles. 19-year-old, W Richardson won the men’s in 66:38, and C Richardson took the women’s crown in 1:21:40.

Cabbage Patch 10, Twickenham, London, Sunday, October 15
In London, Kenyan Elias Kiptoo Kemboi took the Cabbage Patch 10 mile title in a time of 49:42. The race which was founded in 1982 attracts a top field every year, and past winners include Mo Farah and Scott Overall. Winning the women’s race on Sunday was Kenyan Dorcas Jepchumba Kimeli in 54:46, but not far behind was Emma Pallant with a fantastic personal best 54:53. It’s the first time the two-time world duathlon champion has broken the 55 minute barrier and sees Pallant improve a seven year old previous best by 16 seconds.

Winning the women’s race on Sunday was Kenyan Dorcas Jepchumba Kimeli in 54:46, but not far behind was runner turned triathlete Emma Pallant with a fantastic personal best 54:53. It’s the first time the two-time duathlon champion has broken the 55:00 barrier, and see’s her improve a seven year old previous best by 16 seconds.

Bright10 (Brighton & Hove 10mile), Sunday, October 15
On the South coast, Tom Evans of Lewes smashed the course record at the Bright10 running 51:48. Like Rebecca Hilland, Evans is targeting Frankfurt Marathon at the end of this month.

Evans who has competed on a wide range of distances this year from 1500m up to the CCC ultra race in Chamonix, where he finished a brilliant 4th over the 101k mountainous route. In second was James Westlake of Crawley in 52:37 and third place went to David Wilson 52:52.

The women’s race was very close with just three seconds splitting the top two. Rachel Gifford of Worthing took first place with 60:40 followed by Izzy Coomber of Lewes clear in second with 60:43.

It was an impressive marathon debut by Welsh runner Caryl Jones, clocking 2.34.16. Importantly the Welsh runner achieved the Commonwealth Games standard (2:37:00) for next spring’s Gold Coast Games. Jones’ half marathon build-up included 74.22 at the Great North Run and most recently 75:24 at the Cardiff Half Marathon.