Dale Greig: Remembering a pioneer of the women’s marathon 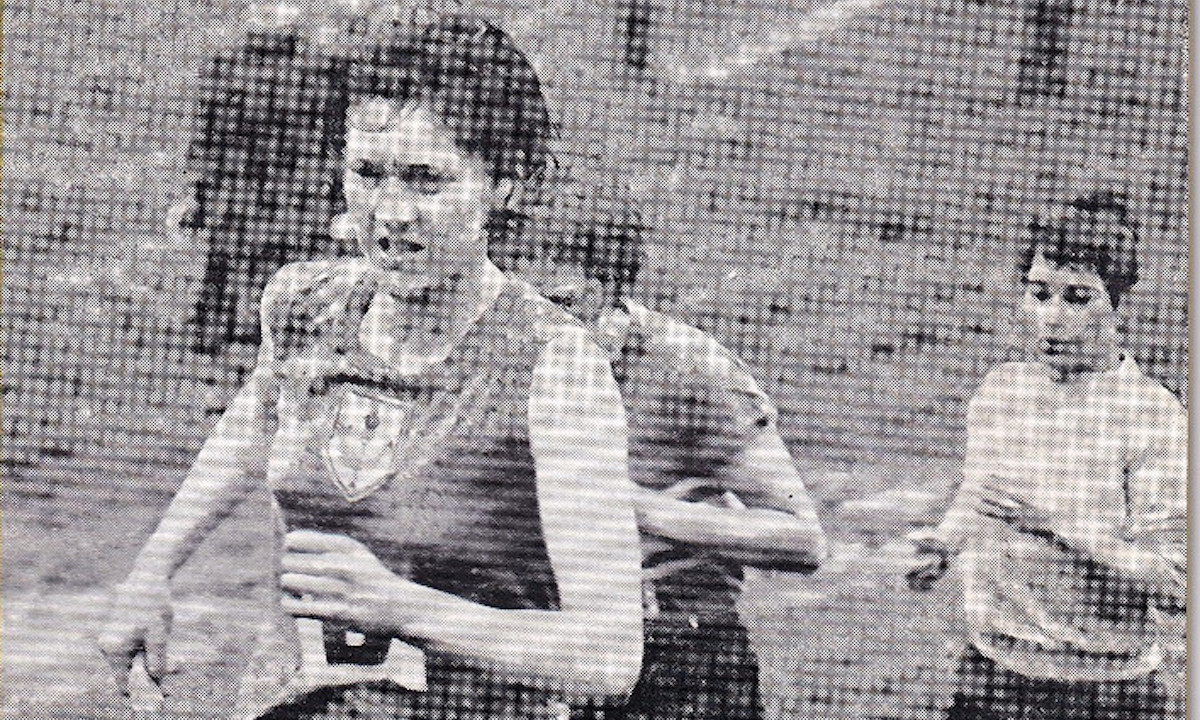 Dale Greig may not be a well known name in women’s marathoning, but she certainly should be. The Scottish hall of fame runner passed away last week.

The former IAAF marathon world best mark holder was the subject of a tribute by Arnold Black, the scottishathletics Historian.

Black described Greig as “as a pioneering woman distance runner who ventured into the area of marathons and ultra-distance running that even seasoned and hardened male runners regarded with trepidation.”

Back in 1964 the former youth sprinter was allowed to participate in the Isle of Wight Marathon. In a solo time trial, setting four minutes head of the men’s field, Greig ran her first marathon on her annual holiday. “Her finishing time of 3:27:45 was remarkable, being recorded as an IAAF inaugural world best over an officially certified and measured course” writes Black.

It is worth noting that in 2002 Greig pointed out in an interview with the Times that she had in fact ran 3:27:25. As any marathoner will agree, those hard thought second all count. Especially when setting a world best.

A role model for future generations

Given the famous picture of Katherine Swizter at the 1967 Boston Marathon, with Jock Semple attempting to pull the athlete from the course, one might imagine there would be more knowledge of the trail blazing of Dale Greig in the world of marathoning.

On opposite sides of the pond the same battles were undertaken. There were inspirational women going against the generally held consensus that the marathon was just too much for the female body.

Going against the grain, many women set the foundations for the booming women’s distance running environment. Whilst there is still plenty to do, we should celebrate the hard work that has brought us to this day. As a media outlet we know that there is a responsibility to make up for the overwhelming focus on male sport.

We all have a responsibility to make our sport as equal as we can. From equal distances and prize money to media coverage and interviewees, every small step can be progressive.

Black continues that “she enjoyed conventional competition too much to break from the standard women’s events, and it was not until 1971 that she made her next attempt at a long distance event”.

In the mean time Greig won the Scottish National Cross Country champs for the fourth time in 1968, also finishing eighth in the English championships and 14th in the International championship at Blackburn.

Not happy with just running another marathon Greig stepped up to ultra distance running the Isle of Man 40 miles race over the famous motorcycle TT course, finishing the distance in 6:48:00. The Scottish athlete was then the first woman to compete in and finish the notoriously tough Ben Nevis 10 mile mountain marathon race in Fort William.

Given that Greig was inspired by one of ultra running’s earliest heroes, Arthur Newton, her next step isn’t surprising. What is nice to think is that the Scottish marathoner must have been an inspiration for the next generation herself. As a national administrator, official, race organiser and athletics writer over a long period of time, Greig would have reached a huge number of athletes.

In 1972, seven years before women were officially allowed to compete, the Paisley local travelled to run the famous London to Brighton ultra marathon. “Setting off on her solo run at 6 a.m. from Big Ben at Westminster Bridge, one hour before the male runners in the official race, she completed the arduous event, running non-stop with no noticeable aches or strains, in 8:30:03, representing a pace of under 9 minutes per mile” noted Black.

Someone once told me that people from Paisley were “made from girders” and I took this to they were some of the toughest people around and Dale Greig seems to have really been a phenomenally tough individual.

When she ran the Isle of Wight marathon an ambulance apparently followed her along the course, expecting collapse at some distance unsuitable for women. How wrong they were. In 1974, she recorded her most notable international marathon success when winning the women’s World Veteran Championships in Paris in 3:45:21. It was the first international championship marathon for women.

“Her pioneering efforts opened the way for women throughout the world to be admitted to marathon races having ventured into uncharted territory at a time when some respected authorities still believed that running such long distances was harmful for a woman.” concludes Nigel Black in his tribute on scottishathletics website.

I must admit that before Adrian Stott emailed about Dale Greig’s passing this weekend I had never heard of the pioneering runner. In a time when it seems everyone is getting their 15 minutes of fame as Warhol predicted back in 1968, it is worth taking a moment to think of people like Greig, paving the way for future generations.

Thank you Dale Greig, for what you did for women’s distance running, Scottish Athletics and sport in general.

RELATED: Taking inspiration from the women of ultra