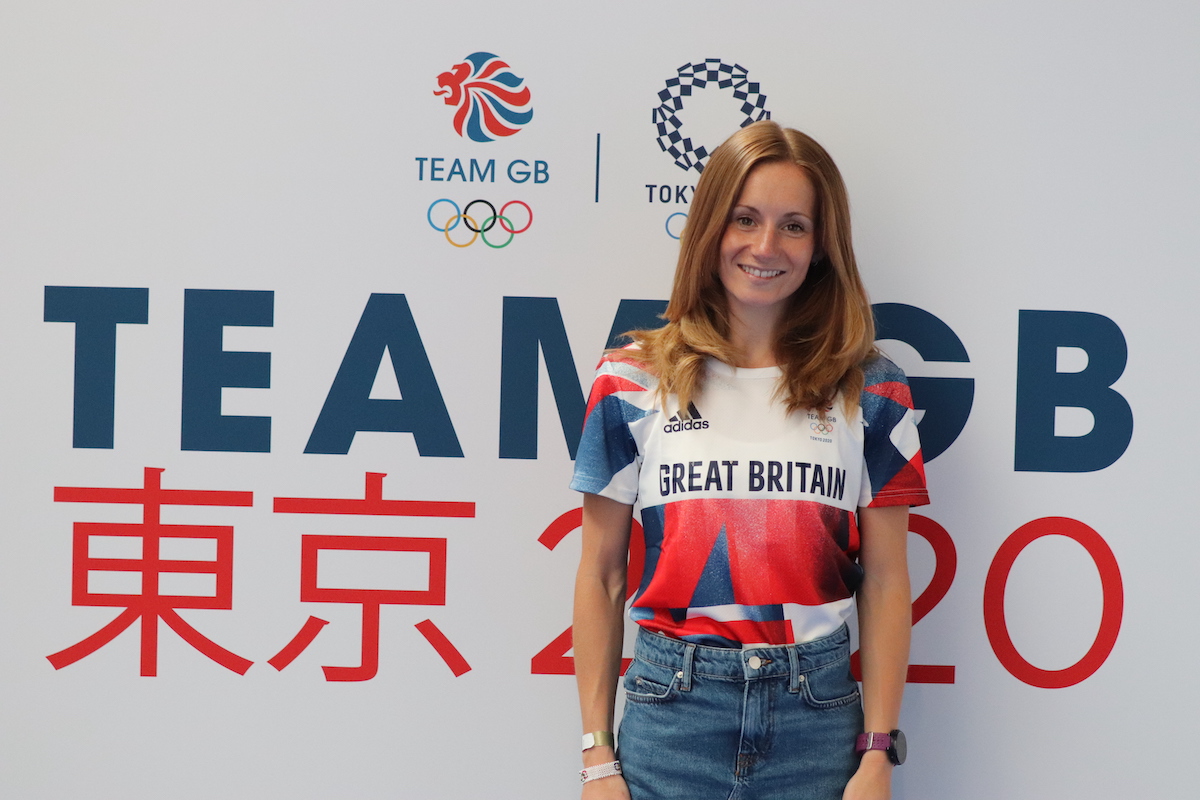 We are now just six weeks away until the start of the Tokyo Olympics, with the athletics action kicking off on Friday 31 July.

Add a couple of weeks to that and, after a year’s delay and anticipation, the gun will go off in Sapporo in northern Japan to signal the start of the women’s marathon.

Three British athletes, Steph Davis, Steph Twell and Jess Piasecki will be lining up for those 26.2 miles. For all three, it is their Olympic marathon debut, and for two their maiden Olympics.

James Rhodes had the opportunity to speak to all three at the Team GB Kitting Out event at the NEC in Birmingham, where they shared their thoughts on training, their Olympic journeys, and expectations of the occasion.

The first of three pieces is with Steph Davis, winner of the Olympic Marathon Trials in Kew Gardens in March and the only automatic selection for the Olympics as a result. This will be her first Olympics, and also the first time she has worn the GB vest. The Clapham Chaser goes to Japan with a PB of 2:27.16 and looking forward to the fourth marathon of her career.

It has undoubtedly been an exciting few weeks, and will continue to be. We asked Steph whether, now she has her Team GB kit in her hands, it feels that little bit more real that in 59 days she will be on the start line for an Olympic marathon:

“I still have to pinch myself to realise it’s actually happening! Coming here today has definitely helped cement that, it’s been awesome going round and trying on all the kit, I feel like a little girl trying on fancy dress clothes! It’s all a bit mad, but seeing the Team GB branding really helps to cement it as real!”

After that race in Kew Gardens, where the Clapham Chaser took 24 seconds off her PB and punched her ticket to Japan, she spoke to Gill Bland to reflect on the race, and said she would take some time off to mentally and physically recover and recharge to lead into a healthy build up to Sapporo. I asked both how that time off went, but also how training has been going since with less than two months until race day:

“I took three weeks off and that was good, especially with all the excitement, it helped to put some time into that and get used to it, because I wasn’t used to that much attention!

My build up has slowly started, and everything is going well so far. I am heading to Majorca tomorrow to do some warm weather acclimatisation, which will be great. It will be interesting to see how I adapt and how I perform in the heat. We’ve got nine weeks to go, lots to crack on with and do, it’s going to be hard work and I’m looking forward to it”.

Ready for the conditions

Of course, the potential extreme weather conditions have been a major talking point, particularly after the World Championships marathon in Doha 2019, and a challenge for the athletes to prepare for, something Steph has not had to deal with in her marathons to date in London, Berlin and Valencia. Handily, however, the weather in England has started to provide some useful acclimatisation:

“Even just the weather here hotting up in the last few days has really made me realise how much harder it might actually be, so I am looking forward to getting away and the sooner we start the better”.

Last month, Matt Long spoke to Steph’s coach, Phil Kissi, about his coaching inspirations, principles and approach for the soon-to-be Olympian and her clubmates. In that two-part interview, Phil noted the benefits he feels Steph has had from an element of her training being group-based.

Working together to grow stronger

Her clubmates include Rose Harvey, who ran an impressive 2:30:58 at the Cheshire Elite Marathon in April to improve her lifetime best by 25 minutes and go inside the Commonwealth Games standard. I asked Steph how much of a role the performances of her clubmates have played in inspiring and pushing her on in training and on the road to Tokyo.

“It’s definitely helpful to do some training with the group and having people that are just inspiring athletes. All of my teammates ran at Cheshire and Rose obviously had an amazing day, and a few others that didn’t get the goal they wanted to, but they come down, they work hard, they’re amazing athletes and they bring banter, so it just makes training a bit more relaxing and good fun!

I’ll definitely miss that when I go to Spain, but when I train I’m not worried about it. I trained for Kew [the Olympic trials] on my own, and my partner comes out with me when he can. He doesn’t do as much volume as I do, but he’ll start me off for a lot of my sessions and we work together, so I’ll have him by my side”.

A first time for GB

After missing the World Half Marathon Championships due to injury, the Olympics will be the first time Steph has got the chance to wear a British or Team GB vest. Not a bad occasion to make your debut! To end, I asked Steph what she was most looking forward to about the occasion and experience as an Olympian:

“I am just so excited! I had all that kit sitting at home, and it feels a bit mad that now I have got more GB kit! I can’t wait to wear it and I’ll just feel so proud standing on that line with the gear on ready to go!”

Swapping to the Steeple
Farah to take one last swing at 10,000m