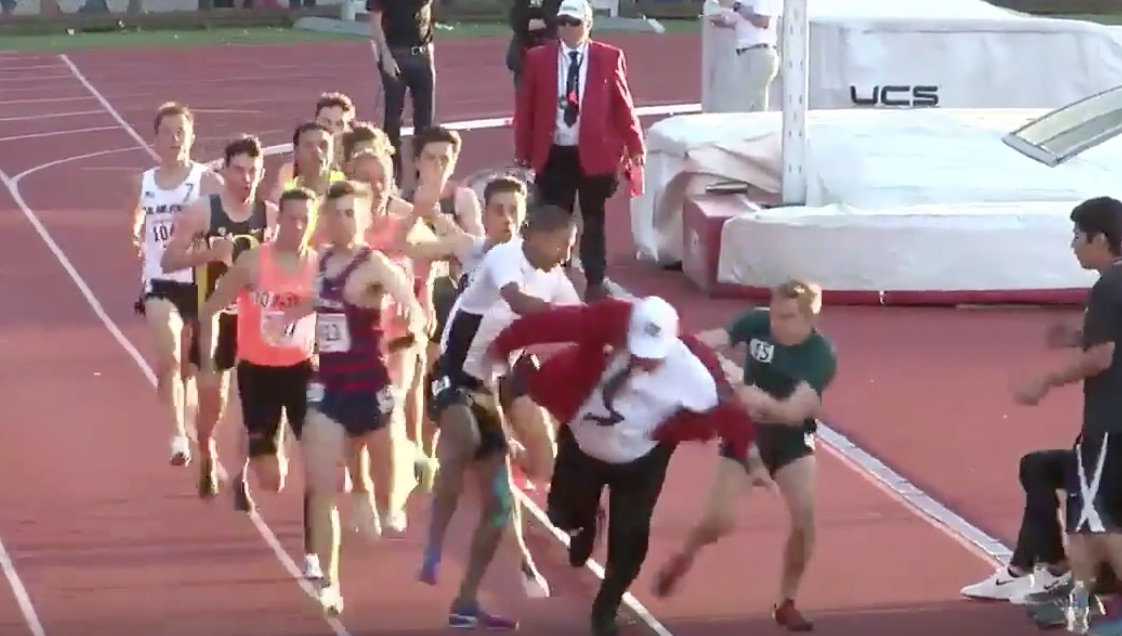 There was some unexpected action involving GB’s Michael Rimmer, in the men’s 1500m at the Stanford Invitational meet in California.

After making the trip to the US for the race, Rimmer got caught up in a collision with race pacer Pat McGregor and an official.

The official was taken away on a stretcher to a local hospital.

Everyone is fine now, but it put a quick end to Rimmer’s race.

When someone flirts with bae infront of you… EVERYONE in trouble!!

Not quite the way I expected my season opener to go!! ? pic.twitter.com/iQuDob5gMN

Pat Martin and Georgie Bruinvels win ASICS Greater Manchester Marathon
Ahead of the World Championships, Rutherford believes the Müller Anniversary Games will be his biggest test