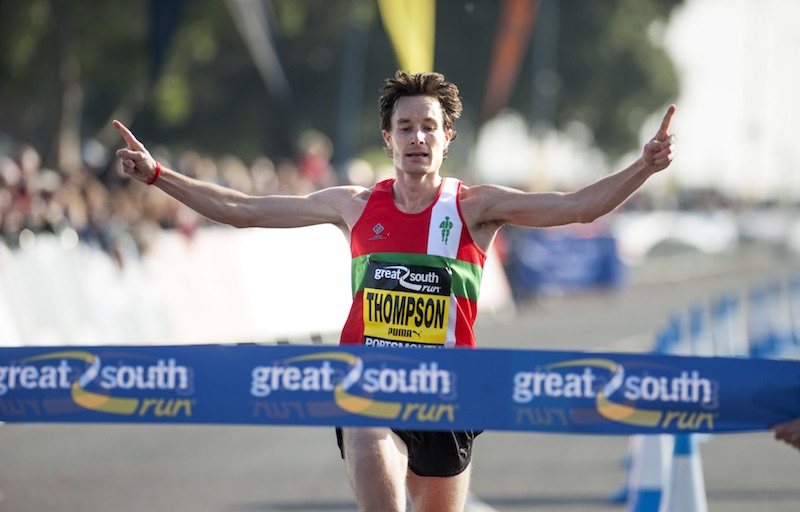 Chris Thompson aims to make October a month to remember by successfully defending his Great South Run title in Portsmouth on Sunday (October 22).

The 10-mile coastal race returns this weekend and 2016 champion Thompson is in excellent recent form after winning the Great Scottish Run at the beginning of the month.

In Glasgow, the 36-year-old rolled back the years to outshine race favourite Callum Hawkins in the popular half marathon.

Thompson, who beat Aldershot Farnham and District club-mate Andy Veron in the closing stages of the Portsmouth race last year, should be confident that he can repeat last year’s race outcome.

“I’ve been coming here for years and it was such a relief last year to finally win. It meant so much to me and this will be my motivation on Sunday,” Thompson told race organisers. “The body takes longer to get going these days so we will see how it responds once the race gets underway, but I am hoping for another good day at what is a fantastic event.”

Tirunesh Dibaba, the winner in 2016 will be not be returning to defend her women’s title. The Ethiopian who chatted with Fast Running recently won the Chicago Marathon win two weeks ago.

That leaves the women’s field wide open, and entries confirmed include British duo Gemma Steel and Charlotte Purdue. Steel is in impressive form and most recently finished sixth in September’s Great North Run, clocking 71:32. It was the 2014 European Cross Country champion’s fastest half marathon since 2015.

The Charnwood AC athlete was sixth in last year’s race with a time of 55:18 and will be aiming for at least a podium spot this year.

Purdue, meanwhile, finished second at the Great Scottish Run in 72:18, just over two minutes behind Flomena Cheyech Daniel. The 26-year-old competed in the marathon at this summer’s World Championships finishing an impressive 13th in 2:29:48.

Also challenging in the women’s race will be Tracy Barlow and Katrina Wootton. Like Purdue, Barlow competed at the World Championships in London, finishing 43rd.