Cardiff Half celebrates the rise in female participation 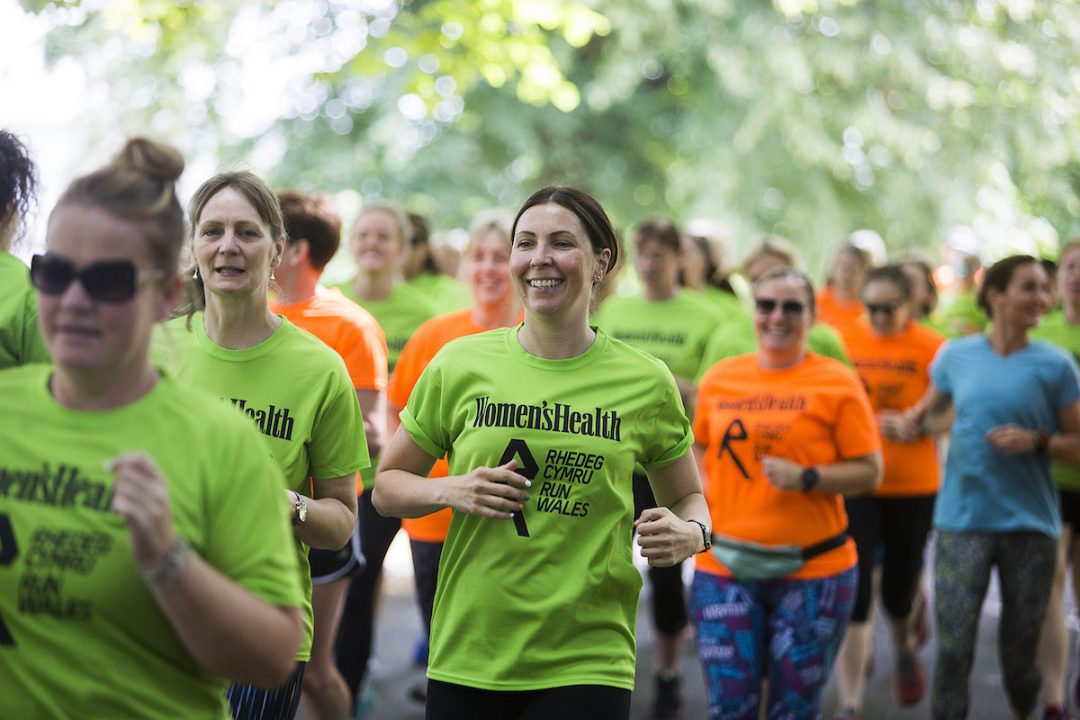 A determined group of 100 new female runners were brought together at Sophia Gardens in Cardiff to take on their first official training run last weekend. The novice runners have been given free spaces to October’s sold-out Cardiff Half to help them take their first steps towards healthier lifestyles as part of the #RunWales100.

The #WhyWeRun campaign has been launched to celebrate the rise of women runners, with a female majority set to take on Wales’ largest mass-participation event for the first time in its history this October.

The first meeting of the #RunWales100 began with some motivational speeches from Lowri and former Alfie’s Angels Patricia Rees and Claire Tapper, who went from the sofa to 13.1 miles in 2016 and never looked back.

Support for the project

Women’s Health magazine are lending their support by sponsoring the Run Wales 100 initiative, providing the ladies with a bespoke training t-shirt, race day t-shirt and training support. Claire Sanderson, Editor of Women’s Health magazine spoke about her incredibly inspiring experiences, and how exercise has been her medicine to manage her mental health.

The ladies were put at ease by Hannah Phillips, Run Wales activator and stand up comedienne, who shared the hilarious story of her first steps into the world of running, and her top tips for training

Once the ladies were fired up, they embarked on a 5K training run in nearby Pontcanna Fields to ease them into their preparation for race day, which is now less than 11 weeks away.

The progress of the #RunWales100 will be featured on the BBC’s coverage of the event to shine a light on some of the inspiring journeys the first-time participants have had to go on just to make it to the start-line outside Cardiff Castle. The club is bring fronted by broadcaster and ultra-endurance athlete Lowri Morgan, who spoke at the event about the barriers she’s faced, how mental strength and planning and organisation has helped her reach her training goals. She also touched on ‘Mum Guilt’ and how she manages fitting training around family life.

“We are ordinary people who can do extraordinary things,” Lowri said in her address of the group. “It’s an absolute honour to be a part of the Run Wales 100 and to meet 100 inspirational & fabulous ladies who’ll be running the Cardiff Half Marathon for the first time. I’m looking forward to going on this emotional journey with ever single one of them.”

The Run Wales 100 project is a collaboration between Run 4 Wales, organisers of the Cardiff University/Cardiff Half Marathon and Run Wales, Welsh Athletics’ social running programme.

The group will meet again in September to step up their preparations before the big day on October 6. Their progress can be closely followed on the Cardiff Half Marathon and Run Wales social media channels as the #WhyWeRun campaign gathers momentum.