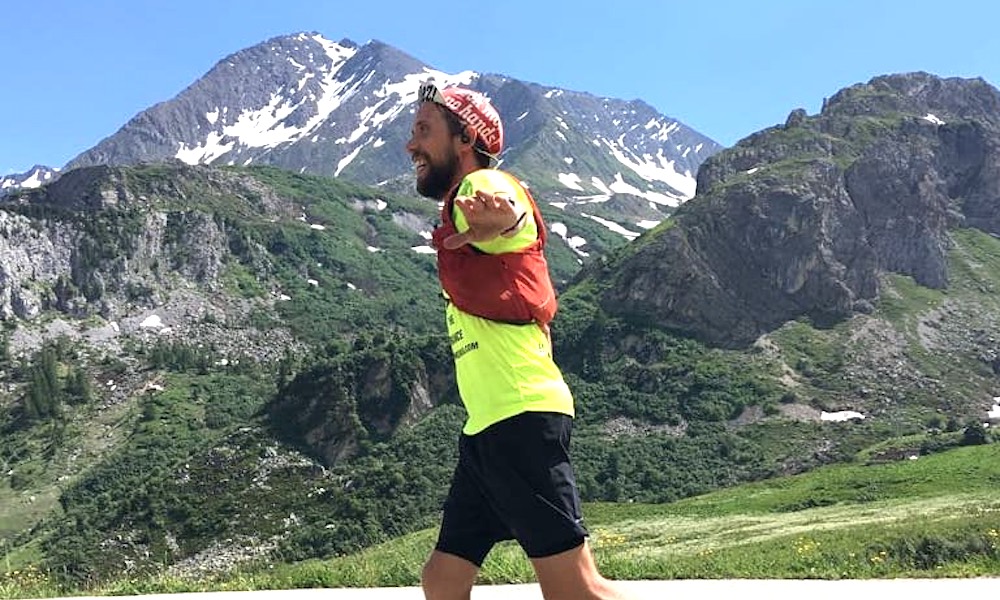 Peter Thompson completed 2,082 miles of running through the Alps and Pyrenees mountain ranges in 68 days.

Geraint Thomas made history on Sunday (July 29) as the first Welshman to win cycling’s Tour de France, however, four days before British runner Peter Thompson made a bit history himself, when he became only the second person ever to run the entire route.

That’s right… the entire Tour de France route, including the 45,000 metres of climbing! There are plenty of ‘silly’ running challenges about, but this one certainly warrants taking your hat off to.

Thompson, who is from Bournemouth, completed the monstrous trek on Wednesday, averaging 30 miles of running a day, and the vertical lift itself is the equivalent of climbing Mount Everest three times and more.

Beginning the challenge on May 19, the Bournemouth runner aimed to complete the challenge of running the 2,082 miles in 70 days, but he managed to beat that, finishing in 68 days.

Thompson is not just an endurance junkie and holds a fast 2:25:31 personal best from the Amsterdam Marathon in 2015, however, he seems to have his eyes on other running challenges away from solely fast times.

It isn’t his first ultra running challenge and Thompson previously ran a marathon in every European country for 44 days consecutive days.

Before his adventure across the Alps and Pyrenees Thompson has set the goal to raise £20,000 for mental health support and awareness, and at the time of writing the donations have reached more than £22,500. You can donate to Thompson’s Virgin Money giving page here.