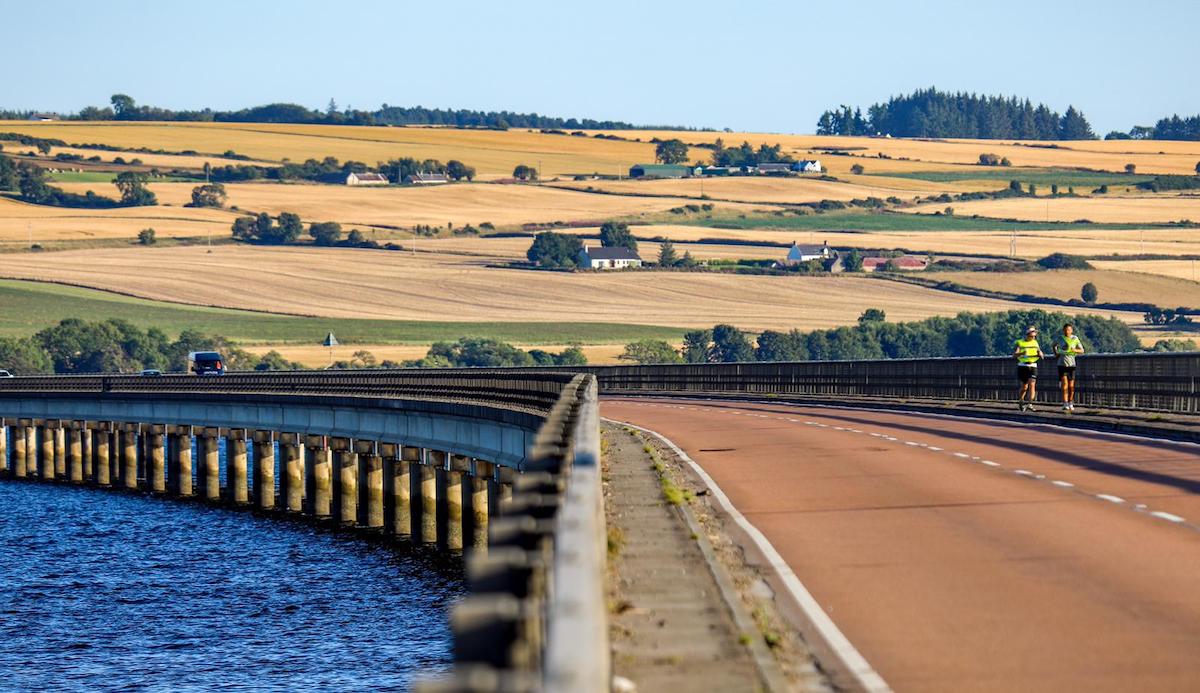 All images from Dave MacFarlane, the filmmaker. He's good at multi-tasking.

This Summer British ultra-runner and former European 24hr Champion Dan Lawson ran 825 miles from Land’s End to John O’Groats in less than 10 days and now the much-awaited film is released.

Join the loveable rogue Lawson as he averages over 80 miles a day on the roads and trails of Great Britain to break Richard Brown’s 25-year-old record of 10 days, 2 hours and 26 minutes.

dmtwo media’s Dave MacFarlane joined the crew for the entire adventure and in doing so has created one of the most memorable and endearing films about ultra-running that you’ll watch this year.

The film premiered at the Kendal Mountain Festival yesterday and now you can improve your weekend by watching it on Vimeo On Demand.

For those who missed it read about Fast Running Editor Robbie’s reflection of the adventure itself and former Fast10er James Stewart finding inspiration  on the A roads of Scotland, watching Dan hit rock bottom and get back up again. Up the whole of the UK

From the treacherous A30 in Cornwall, through England, Wales and Scotland and battling along the A9 in Scotland, the ultra-runner’s relentless progress, supported by his family and friends, is simply an inspiration.

Along the way Dan was joined by a whole host of runners, to cheer and guide through towns and cities, but also showcasing the beauty of the British running community at the same time. “The right people always turned up at the right time” said Lawson.

For those just starting on their own running journey, to experienced ultrarunners and adventurers, there’s so much for everyone in the packed 30 minutes of viewing. If you don’t come away from the film inspired to run out of the door and not stop until John O’Groats, then we can’t help you.

For just £3.75 the film is available to watch on Vimeo , as well as added out-takes and extra interview footage from the record-breaking run.

To celebrate the launch, we will also be hosting a Facebook Q&A session with Dan and his coach Robbie Britton on the Wednesday 2nd December at 7.30pm on the Fast Running account.

So if that’s piqued your interest then get on Vimeo and watch the trailer.

If you enjoy it, then tell your friends. It could even make a good Christmas present. We might be a bit biased, as both Dan and Dave are friends of Fast Running, but the film is a belter. It’ll make you smile and even gets a bit emotional, but it’s inspiring to boot.

Normally we advertise Fast Running Coaching here, but it’s Black Friday Weekend so we’re just telling people to scratch that consumer itch by going to buy a tree from Trees not Tees. We reckon Dan Lawson would approve.