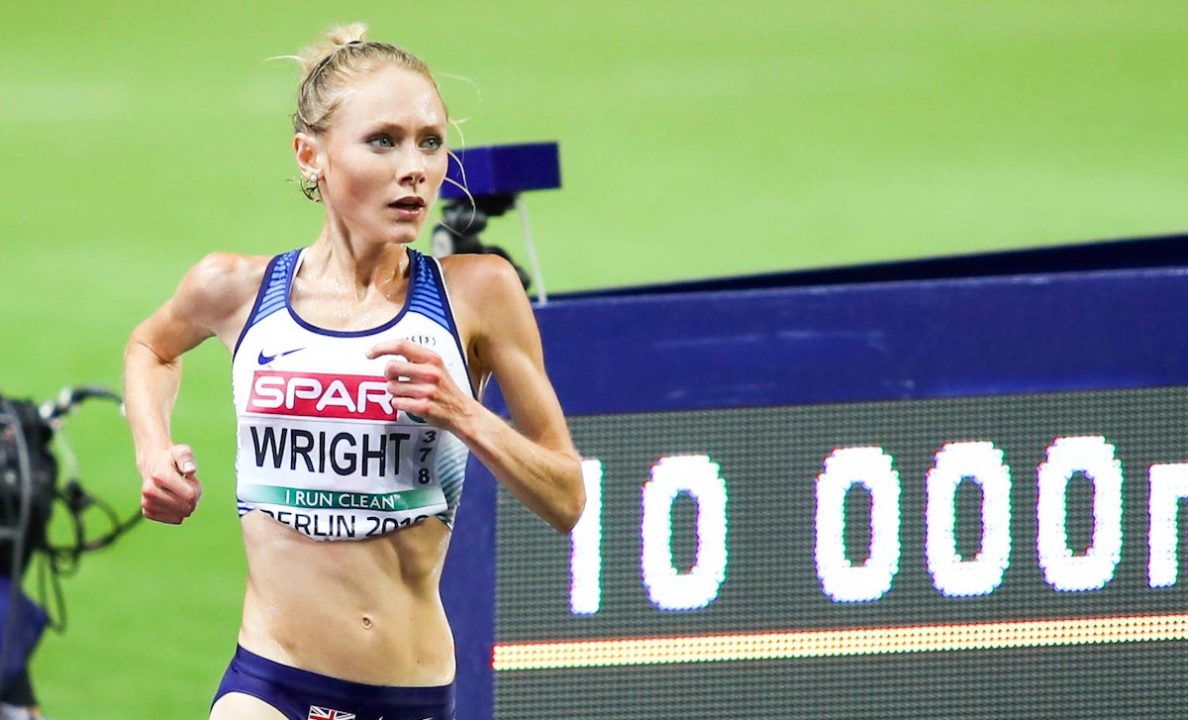 There was action across the UK with fast 10k races and half marathons at Poole, Worthing and Battersea Park, with an excellent run from a US-based Brit and some of the usual faces at the European Mountain Running Championship Trial in Keswick.

One of the standout British performances this weekend is Flagstaff based Worcester AC’s Alice Wright making the podium in a PB at San Diego Half Marathon.

Alice Wright, who trains in Flagstaff under Ben Rosario for HOKA North Arizona (NAZ) Elite (alongside the likes of Kellyn Taylor and Stephanie Bruce) went into the Rock’n’Roll San Diego Half Marathon with the express intention of taking a big chunk off her PB of 73:17 set back in January at the Aramco Houston Half Marathon. She achieved that goal convincingly with a 1:11:37 for third place.

Up in the mountains

Back in the UK but very much looking towards a larger stage, the European Mountain Running Trials took place in Keswick. A strong showing for Kewswick AC was led by Jacob Adkin who finished first in 31:03.

Keep on the look out for an interview with Douglas this week, whilst Batchelor will be tapering before representing GB at the World Ultra Trail championships in Portugal next weekend. It was Kendal AC top of the women’s race with World and European medallist Sarah Tunstall running 36:37 – a clear lead on Hatti Archer of Hallamshire Harriers (36:56) and Ambleside and Ireland’s Sarah McCormack (37:35). A high quality field saw Norway based Rebecca Hilland in fourth, Emma Gould in fifth both potentially making the team as McCormack represents Ireland.

The championships are uphill only and will take place in Zermatt, Switzerland in July.

Poole Festival of Running took place under windy conditions, but a good calibre of runners resulted in faster finishes than 2018. Louise Damen of Winchester & District AC took the win in the 10k for her first outing at that distance this year, finishing in 35:59 Maintaining her second place from last year, but in a time 18 seconds faster was Cardiff’s Lucy Marland in 36:09, her third and fastest showing from a little burst of 10k racing since the end of March. Cornwall AC’s Heidi Tregenza chased her down to finish just three seconds later in 36:12.

The 5k was won by Jenny Brown of Eastbourne Rovers RC in 20:01 Impressively, having won the men’s 5k in 15:30 on Saturday Steve Galliene ran the same pace to do the double and top the podium for Bideford AAC in 31:12. Dave Long of Bournemouth AC was about 10s behind him, though the official time is TBC. Long ran a course record of 30:42 at last year’s Bournemouth 10k and has previously taken part in the Night of 10,000m PBs so there’s a good chance this is a tune-up race for him if he’s planning to take part in the Highgate event again later this year.

Third place (32:12) went to clubmate and last year’s winner Steve Way. Far from being disappointed, Way, who is running the 56 mile Comrades Ultra Marathon in South Africa next week said about the race, ‘I ran about 30s faster than last year, so it shows me I’m in a the right ballpark to go and have some fun in South Africa’. Exciting times ahead then, given that he placed third in Comrades off that 2018 performance. The Poole Half Marathon was won by Lee Dempster of Lytchett Manor Striders in 1:15:23 with fellow strider Scott Parfitt second in 1:17:41. Calne Running Club’s Philip Daniels took third in 1:21:21

The women’s race was comfortably won by Ruby Orchard from Cornwall AC. Orchard is running strong at the moment and took 20 seconds off her Half Marathon PB, a PB that was only set on 19th May in Plymouth. Emma Jane Montiel, City of Portsmouth AC, finished nearly two minutes later in 1:26:40, herself comfortably ahead of Zoe Nicolson (1:28:25).

At the Worthing 10k there were fast times, but not quite fast enough to trouble last year’s course record of 30:31 set by James Westlake. Fin McNally (Brighton Phoenix) can be more than happy though with a 12 second PB, building on his Greater Manchester 10k last month to win in 30:39.8. He can be even more happy to have held off Worthing AC’s Jack Leitch in a thrilling finish which left Leitch, who has a faster PB, to take second place just one tenth of a second later. Andy Greenleaf of Serpentine RC came in 40 seconds later for third.

The women’s race lacked the drama of the men’s, with plenty of space between podium placers. Off the back of a 35:12 just a week ago at the Vitality 10k in London, Maisie Trafford might have been running on tired legs but that didn’t stop her bringing home the win for Arena 80 AC in 36:57. Helen Buller, Worthing AC was next in 38:33 with clubmate Suzy Rushforth following her home in 41:14

Run Bedford 10km saw Matt Bergin win by over a minute in 30:31 from Julian Florez (31:42) and Simon Birch (33:15). Bergin, a physio at Mark Buckingham’s practice in Northampton, is a member of the Bedford based JLF Racing Team. Hot on the heels of her 33:51 at Vitality 10km last week Rebecca Murray was the winning woman finishing in 34:31. Second was Birchfield Harrier Nicole Roberts in 36:23. Johanna O’Regan, who was recently named in the England Marathon team for Toronto this Autumn, finished third in 36:44.

The opening part of the The Abersoch Triple Crown (a 10k, sprint triathlon and half marathon from June-Sept) was won by Kent AC’s marathoner Russell Bentley, in what looks like comfortable time for him of 33:28. Sale Harriers’ Paul Green finished a while later in  35:25. Andrew Salt of Croft Ambery AC has returned to 10k racing after a year off and finished third in 35:46 Diane McVey may have taken the top spot in the 10k (39:26) with Jane Evans in her wake, but Catherine Connell, winner of the overall crown from last year, made a good start to her 2019 campaign, finishing third in 40:23.

The Sri Chinmoy 10k, Battersea Park, South London, always bring a good crowd and this weekend was no different. Steve Woolley was the winner in 33:08, from Daniel Steel in 34:11. Just behind Steel was Calum Nicol in 34:14.

The ladies race was a clean sweep for Fulham Running Club with Rose Penfold posting a strong 37:20, just nine seconds ahead of her club mate Jackie Skinner, who ran 37:29. Jessica Saunders completed the podium for the south west London club in 38:45.

John Beattie and Annabel Gummow are your quickest parkrunners this weekend (June 1). Check out the full rankings here.