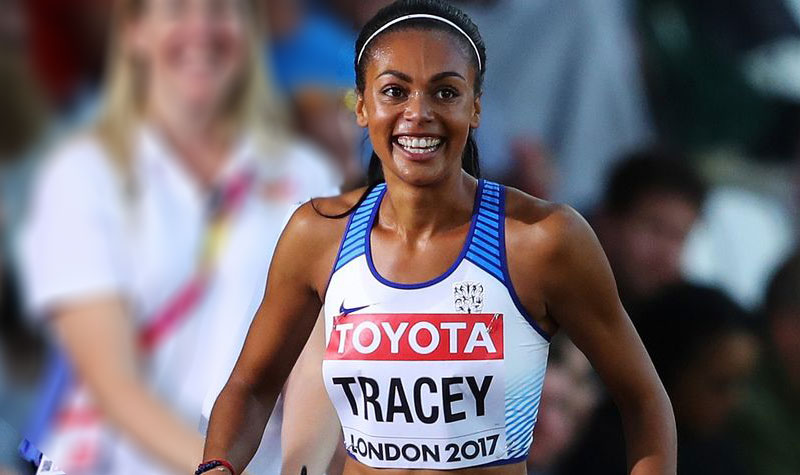 Adelle Tracey, Jess Turner, and Jacob Paul all advance for Great Britain on the second day of athletics at the World University Games, in Taipei, Taiwan.

Tracey, who made her first appearance at a global outdoor event in London at the World Championships, took to the track for the first of two 800m semi-finals.

After negotiating Wednesday’s heats comfortably, Tracey started in a similar fashion leading the field through the halfway point of the race.

As the race winded down to the final 300m the impressive Docus Ajok of Uganda lead a charge, with Tracey slipping down to fifth. Not to be outdone, 24-year-old Tracey battled back to clinch one of the three automatic qualification spots for Friday’s (August 25) final, crossing the line in 2:03.30.

Not wanting her Games to end prematurely, 24-year-old Tracey battled back strongly with a sprint down the inside lane to clinch one of the three automatic qualification spots for Friday’s (August 25) final, crossing the line in 2:03.30.

Corinne Humphreys was in action in the women’s 100m semi-finals after advancing through rounds one and two on Wednesday, with times of 11.48 and 11.52 respectively.

In a strong final that was won by Jamaican star Sashalee Forbes, Humphreys crossed the line in 11.49 to finish joint fourth with Viktoria Zyabkina of Kazakhstan.

First in action for the British delegation on day two of athletics was Jacob Paul in the first round of the 400m hurdles. The European U23 booked his place in Friday’s semi-finals after winning the fourth of six heats in 51.38.

Jess Turner was next up in the women’s equivalent event. The 22-year-old, who represented GB at the World Championships in London, finished second in her heat clocking 57.73, qualifying for Friday’s final as the fastest outside of the heat winners.

The decathlon events got underway with John Lane clocking 11.13 in the 100m, for 832 points. In tough conditions Lane followed this up with solid performances in the long jump, shot put, high jump and 400m, ending the day with 3832 points.

In the 100m semi-finals, Samuel Osewa finished fifth crossing the line in 10.42, missing out on a final spot by 0.11 seconds.

Yang Chun-han was the winner in the 100m final, with the hometown sprint star surprising many outside of Taiwan to clinch gold. The 20-year-old won with a time of 10.22, following up on his 10.20 personal best he set in the semi-finals, earlier on Thursday.