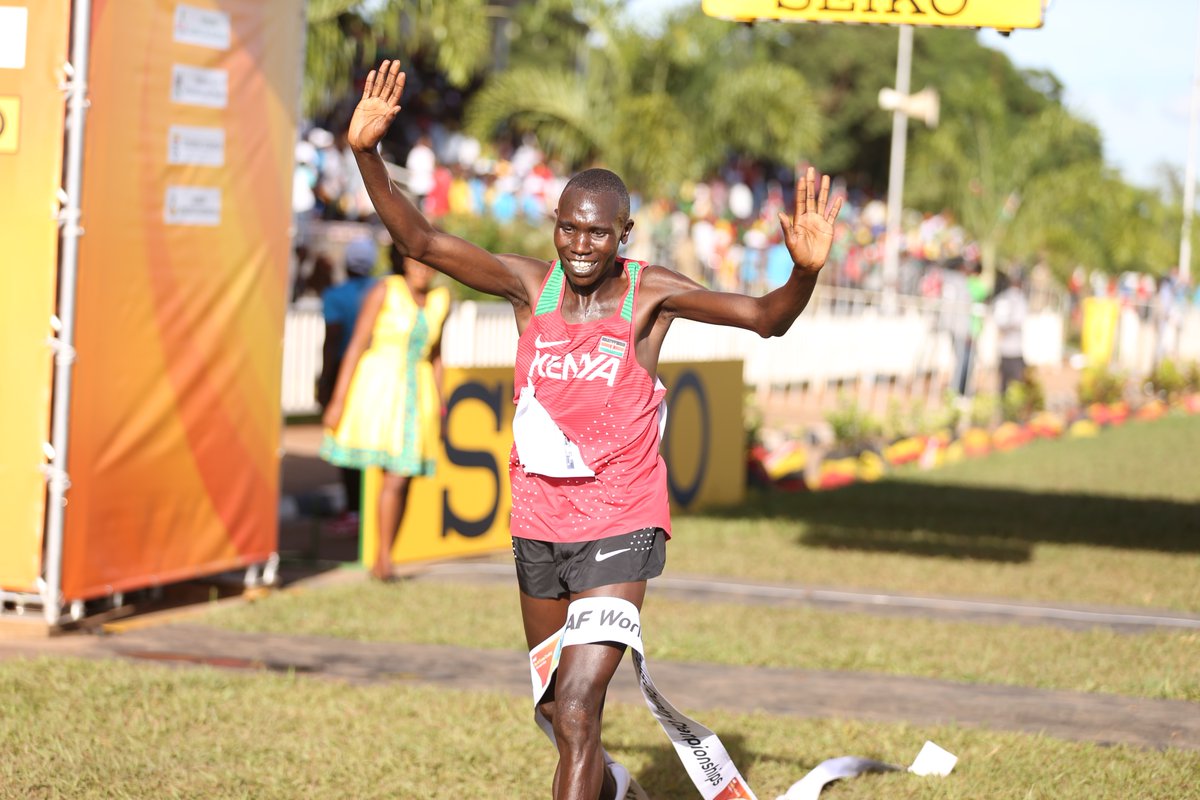 The victory though was not simple for Kamworor, as he had to fend off a strong challenge from Joshua Cheptegei of Uganda.

Half way into the race the host nation athlete raced to the front and built up a sizable lead on Kamworor and the rest of the chasing pack over the next 3K. The cheering Kampala crowd and everyone watching around the world believed Cheptegei had the race won.

However going into the final 2K, Cheptegei paid the heavy price for his quickening of the pace earlier in the race, and began to slow at an alarming rate. Kamworor’s experience paid dividends, as he pounced on his competitors weakness, and overtook him to claim his second consecutive title, crossing the line in a time of 28:24.

Although his earlier challenge was brave and exciting for the home crowd, Cheptegei will have learnt a hard lesson as he struggled to the finish line, eventually finishing in over 90 seconds behind Kamworor in 30th place.

Ethiopia won the team race by one point, with Kenya finishing second, and Uganda claiming third, thanks to Cheptegei battling it to the finish line.

Regarding Great Britian, a senior men’s team was not sent to World Cross Country Championship in Kampala, Uganda.