GB endurance runners to get £350,000 support from London Marathon organisers 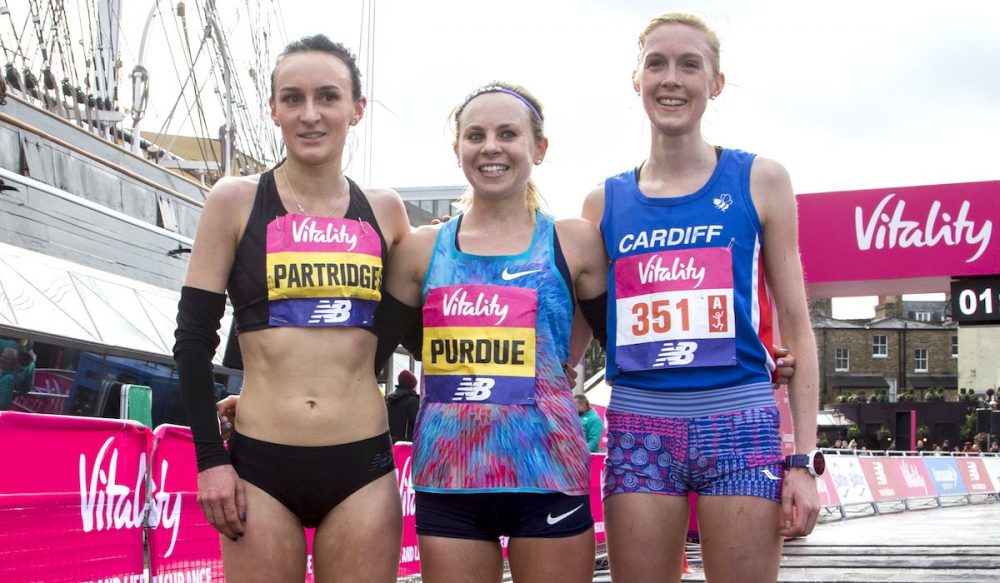 British Athletics will receive £180,000 of the funding towards the World Class Performance Programme and high altitude training camps for endurance athletes.

London Marathon Events Ltd, organisers of the Virgin Money London Marathon, has announced that the company will provide £350,000 in funding to support British endurance athletes in 2019.

In total 32 athletes not currently on the World Class Performance Programme (WCPP), including Charlotte Purdue, Emelia Gorecka, Chris O’Hare and Ben Connor, will receive a share of £70,000, while £100,000 will support the work of the Endurance Performance and Coaching Centre at St Mary’s University in Twickenham.

£180,000 will be provided to British Athletics towards funding the World Class Performance Programme (WCPP) and high altitude training camps for British endurance athletes.

Along with Purdue, Gorecka, O’Hare and Connor, the athletes to receive funding from the new programme include marathoners Chris Thompson, Jonny Mellor, Lily Partridge, Hayley Carruthers, and soon to be 26.2 mile runner Steph Twell.

“One of Chris Brasher and John Disley’s founding principles when they created the London Marathon back in 1981 was to improve the standard of British endurance running – and this commitment remains as strong today,” said Hugh Brasher, Event Director of London Marathon Events.

“We want to see British endurance athletes challenging the very best runners in the world in the very best races in the world – including the Virgin Money London Marathon – and the support we gave Mo Farah through his university days and beyond has shown how our funding programmes can help athletes get closer to this goal.

“We are proud to do our part to support British endurance athletes and look forward to a future British winner of the world’s most popular marathon.”

It is the first time London Marathon Events has worked with British Athletics to select the nominated individual athletes and the funding is designed to provide a bridge for endurance runners to the WCPP and to improve the standard of British endurance running across all distances.