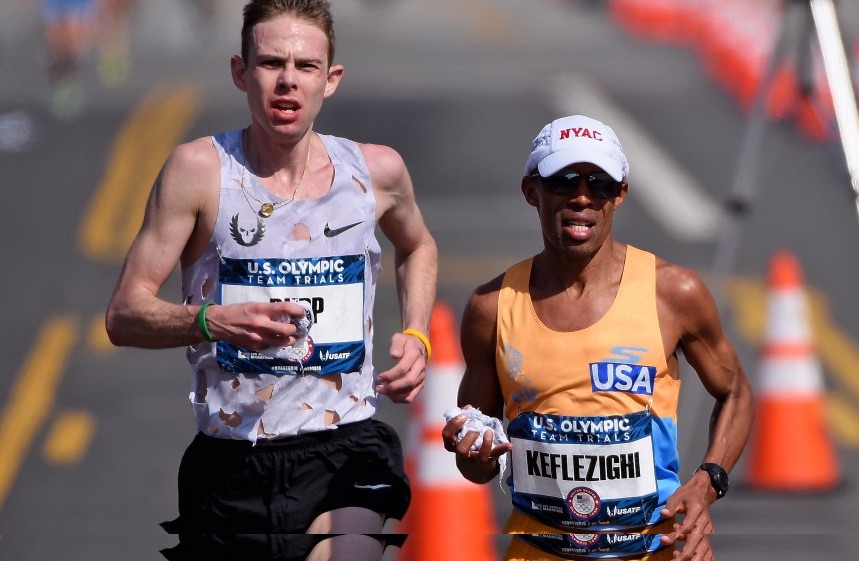 On Saturday 1st April, an elite list of runners including world record-holders and Olympic medalists, will take to the streets of Prague for the 19th edition of the Sportisimo Prague Half Marathon.

The mens race will be contested between 4 Kenyan athletes, Galen Rupp of the US and Tamirat Tola of Ethiopia.

The four Kenyans athletes hoping for victory, have all ran sub-60:00 in the past, they are; Leonard Patrick Komon, Barselius Kipyego, Vincent Yator and Geoffrey Yegon. Komon, has the fastest half marathon time amongst his fellow Kenyan’s, and is the current world record holder on the road for both 10k and 15K.

Olympic (London 2012) 10,000m silver medalist, Rupp will be out for a good performance, in what will be his first race of 2017. The US athlete, who is currently training for the Boston Marathon, has had a from ideal start to 2017. Rupp had intended to run earlier in January’s Houston Half Marathon, but injury forced him to withdraw, but Rupp will still be out in Prague to better his personal best time over the half marathon distance of 60:00:30.

Additionally, Ethiopia’s Tamirat Tola will provide competition on the day to the aforementioned runners. The Ethiopian finished fifth in the World Half Marathon championships last year, and also picked up a bronze in the 10,000m at last years Rio Olympic Games.

However, she will face competition from last years winner, Violah Jepchumba. The fellow Kenyan athlete will not be phased by Jepchirchir recent world record as she herself ran 60:05:51 last year, the fastest half marathon of 2016.

Others that will challenge in the women’s race include; Kenyan’s Lucy Cheruiyot and Gladys Chesir, Ethiopia’s Worknesh Degefa, and Jordan Hasay of the United States.

The Sportisimo Prague Half-Marathon will begin at 10 AM local time.