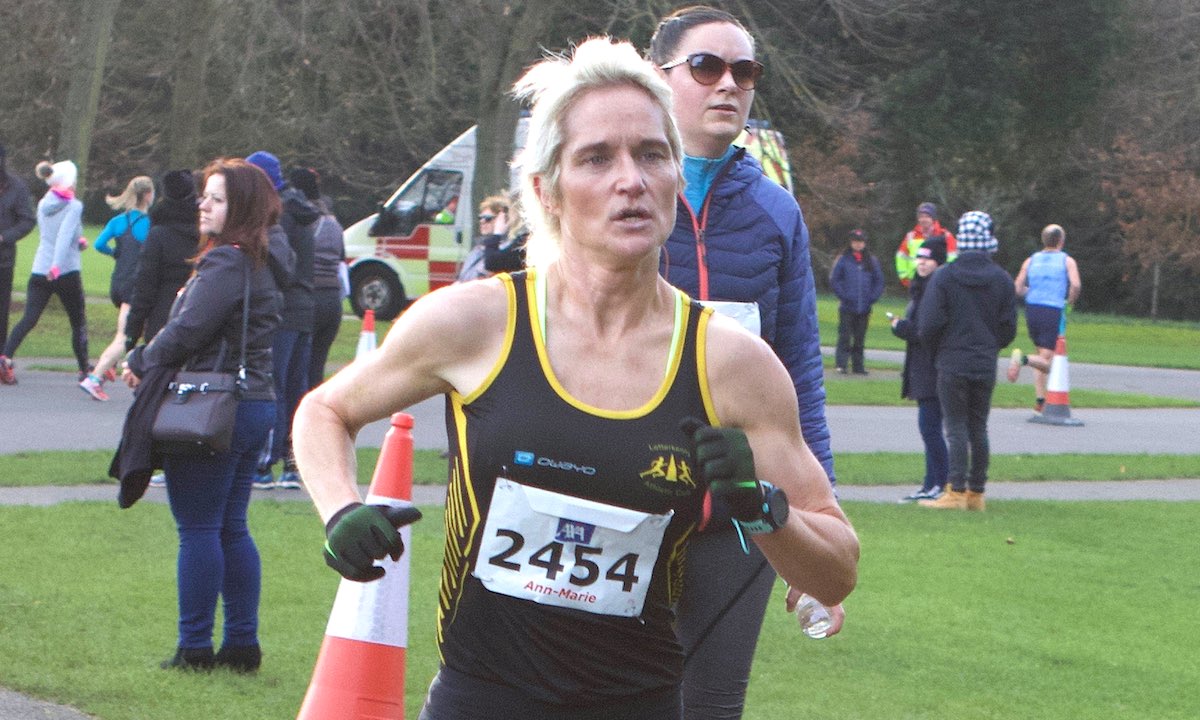 This week Franklin and Lockley secured Isle of Man records whilst Chattenton and Baddick were crowned England ‘virtual’ 5k champions. Hannah Irwin brings us a roundup with some actual, real world results!

Fast 10 success on the Isle of Man

On the Isle of Man, real world racing has come back with a bang, starting with the Manx Harriers Summer 5km. Proving the long period of training over lockdown has served them well was Rachael Franklin and Ollie Lockley. Franklin went into the race with a solid personal best of 16:52. She raced a strong race, but it was her kick that proved the speed she is capable of showing. Franklin crossed the line in an incredible 15:42, knocking a whole 50 seconds of her previous lifetime best.

It wasn’t only Franklin who took the Isle of Man by storm. IOM half marathon record holder, Ollie Lockley, also ran himself to a big shiny new 5km PB. Lockley beat his previous best of 14:44 by an impressive 35 seconds, giving him a new 5k time of 14:09. We spoke to Lockley about how the race unfolded.

“After only hearing about the race being on a few weeks ago, we thought it would be a good idea to dust off the racing flats and give 5k a go. I hadn’t really been doing any 5k specific work, but I had been training well and felt as though I was in good 10k/half marathon shape.

Typical training sessions have consisted of 1k reps, mile reps, threshold/tempo runs, and faster work to time mainly on grass. The week before the 5k I completed 6x6mins (2min jog recovery) and averaged 5:42 going through the 2k mark. I knew from that session that I was fit, but more specifically for the longer distances.”

“For a change, the weather on the Isle of Man was pretty perfect” says Lockley. “The race took place around the National Sports Centre’s cycle track which is exactly 800m. There is one sharp turn and a sharp little incline to contend with each lap but apart from that it’s relatively flat. My goal for the race was to run as close to 14 minutes as possible, if not quicker.

I knew it was going to be a race against the clock, so I made the conscientious effort to start out at just under 14-minute pace with the intention to try and hold it. I went through the first mile in around 4:28 feeling pretty comfortable.

I thought I was running the second mile in the same pace, but I slipped a few seconds as I was slowly falling into a more comfortable rhythm and losing concentration – which you can’t afford to do in a 5k! Before I knew it, I had too much catching up to do and I was down on what I’d targeted to run. I finished the race in a time of 14:10 which matches my 5000m PB on the track.

My initial reaction was disappointment because I would have liked to have gotten closer to 14 minutes. However, it was still a personal best and I managed to knock 11 seconds off the Island Record, which was previously held by the ever-improving David Mullarkey. Overall, I am pleased with my performance and hope it’s a good indication of where I’m at – on to the next one!”

Kelly makes it a good week for Fast10

Just like fellow Fast10 athlete Ollie Lockley, Erika Kelly was also racing 5km on the Isle of Man on Thursday. In winning the 5km walk clocking 23:33 she broke her PB and moved into the UK all time top 20 for the event.

When races are getting cancelled left, right and centre, the prospect of proudly pulling on my @rl360international singlet to race a local 5km, was eagerly anticipated. I haven’t really touched 5km work in training so I was pleased to run a solo 14:10 on the road. Sub-14 minutes has haunted me again but as this isn’t my focus I’m excited for what lies ahead over the longer distances, especially with the continued support from @rl360international, @cycle360isleofman, @sayskycph, @maurten_official, @iomathletics & @iom_sport. SO SO pleased for @erikakellymusic overcoming knee surgery and smashing her 5km Walk PB – inspirational is an understatement. Run of the night has to go to @rachaelfranklin who obliterated her PB running 15:42 (what!?), with big PB’s coming in from @alanrcorlett, @will_draper, and @andrew_nash_89! Onto the next! 🔜🚀 . . . #roadrunning #isleofman #rl360 #cycle360 #iomsport #iomathletics #saysky #maurten

Ireland was also amongst those places to see national records set. At the Down Royal Racecourse 10k, Ann-Marie McGlynn took home the win in the women’s race in an impressive 32:43, setting a new Northern Irish record. McGlynn was joined on the podium by Jessica Craig who clocked a PB of 35:08.

It was Stephen Scullion who won the men’s race in an impressive 29:13 after leading the entire way. He was followed by James Edgar in 29:54 and Conan McCaughey in 30:27.

Congratulations to ⁦@McGlynnAnnMarie⁩ and ⁦Jessica Craig for personal best times of 32:43 and 35:08 in the 10k. That puts Ann Marie at the top of the all time list for Northern Ireland in the 10k on the road!. Great work!! pic.twitter.com/UuuQl0rKlI

The event also had a half marathon and a 5km race. With yet another incredible run Olympian and V60 athlete Tommy Hughes took the half marathon win in 72:55. The women’s winner was Dawn Houston in 90:38.

In the Channel Islands the Guernsey Track Meets are available to those living on the island. This weekend saw the women’s 5000m Island record broken by Sarah Mercier. The Guernsey athlete ran herself to a new shiny PB of 16:29.58, beating her previous time set at the Glasgow Commonwealth games.

The Guernsey Open Meet 5000m also saw Richard Friedrich take the win in 15:37, a huge 58 second personal best for the athlete. The second athlete to cross the line was James Priest in 15:49, also a PB, by 17 seconds. Completing the podium was Michael Wilesmith. The Guernsey athlete ran himself to a strong 15:58. Wilesmith boasts an impressive personal best for 15:23. Alex Rowe also ran himself to a 1500m PB of 4:00.85.

This week saw the England Athletics Virtual 5km Champs. The event, with 2700 entrants, saw some incredibly speedy times clocked, both by men and women. As with the real life champs (not virtual), medals were awarded to the top three finishers in both races.

It was Milton Keynes Distance Project athlete, Dani Chattenton, who stole the show in the women’s race. Chattenton finished fourth in the Inter counties event in Loughborough and was invited to the World University Cross Country, which unfortunately didn’t take place due to Covid-19.

Based on her current 5km PB of 15:53, her EA virtual 5k time suggests she is in the form of her life and we can’t wait to see how she performs at the British Championships at the beginning of September. Her verified time was an outstanding 15:14, which puts her just 4 seconds outside of the qualifying time for the Olympics in 2021. 45 seconds behind was Cambridge & Coleridge’s Holly Archer who just snuck under the 16-minute mark with a time of 15:59. Third place in the woman’s virtual event was secured by Danielle Hodgkinson in a strong 16:28.

Other noteworthy performances were given by GB marathon queen, Aly Dixon, who ensured her route was exactly 5k by measuring it out in advance – the same course used by Hodgkinson. Dixon ran a strong 16:40 over the 3.1-mile distance. 1976 1500m Olympian Penny Forse won the W70 title in an astonishing 22:40.

In the men’s competition, the top three finishers stopped their clocks much closer to one another than in the women’s event. Frank Baddick, 10th place finisher at this year’s Intercounties event, ran himself to the top of the leader board with a time of 13:43. His official best on the track stands at 14:03, proving Baddick is in fighting form.

The silver medal went to Tom Evans in 13:48. This is an absolutely outstanding performance from Evans, who has a current 5,000m track PB of 15:01 and a parkrun best of 14:45 as the ultra man again showed his incredible range. It was Southend’s Adam Hickey who secured third place in 13:56. Hickey had a strong cross country season earlier this year and finished 36th in the European Cross Country in December 2019.

Stand out performances outside of the podium positions were given by U23 athlete, Tom Mortimer (Stroud) who clocked 14-minutes exactly. Mortimer holds a current track PB of 13:57. Tommy Hughes in the M60 category, who holds the world masters marathon record of 2.30.15, stopped his watch on 16:27, an absolutely rapid time! At the Dublin Marathon in 1991, Hughes took home gold in a speedy 2.14.46.

So…been following the current guidance on training ,racing and running in general….doesn’t really make any sense. Yet grass roots football has been given the go ahead…can someone please sort this sorry mess out. @EnglandAthletic @UKA @10DowningStreet pic.twitter.com/WdtSVU7lfc

Now open for entries is the first outdoor BMC event of the year which is scheduled to take place on the 25th July in Trafford. The race will include only 800m races for senior and U17 athletes. To ensure the safety of all athletes, certain rules have been put in place. Athletes must observe social distancing guidelines at all times and stay 1m away from people outside of their immediate bubble/close family.

Additionally, the race will be run in lanes and athletes must stay as close to the inside of their lane as possible. Any athletes seen running on the outside of their lane will be disqualified. All runners are asked not to shake hands or hug other athletes at the event, asked to wear a mask if they feel comfortable doing so, only bring one spectator per athlete and provide full details upon arrival.

If the outlined rules, including the obvious of not turning up if they have or have interacted with anyone experiencing COVID symptoms, are deviated from, this may lead to disqualification. This is a sign of what racing may be like going forward.

With RunBritian/UKA set to release guidance on a return to road racing this week we hope to be including more ‘real world’ results over coming months!