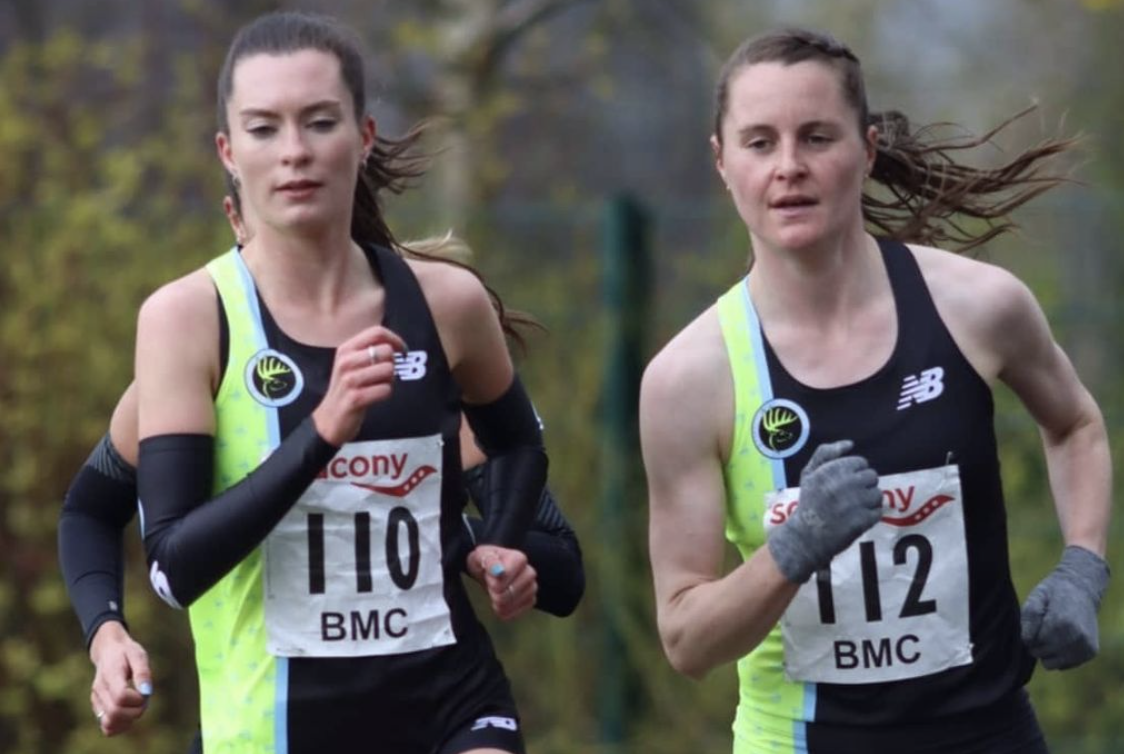 Hold tight as we rattle through a slew of fast 5ks, international outings and local XC in this week’s roundup. It’s packed!

On Monday the PB 5k in Ardingly lived up to its name with the top 8 all running new bests.

Ellis Cross (A,F&D) broke the tape in a rapid 14:05 and a close finish against Daniel Jarvis (Bedford & County) who was just two seconds behind. At a slightly safer distance was Hamis Reilly (Medway & Maidstone U20) who ran 14:17 for third.

However, Sarah Astin (City of Norwich) didn’t need to run a PB to win her race – finishing in 16:13 and ten seconds clear of Belgrave’s Michelle Pearson (PB of 16:23). Chasing them both down for the final podium spot and another new best was Charlotte Alexander (U20 Herne Hill) who finished in 16:28.

Also worth a mention is Pippa Roessler’s time of 16:36 which puts her third on the All Time list for U17s, ahead of Andrea Whitcombe and Non Stanford.

Monday was clearly the day for Ronseal-eque races (just me?). The Fast 5k saw Laura Weightman (Morpeth) convincingly win the women’s race in 15:30, well ahead of an excellent run from Stockport’s Jip Vastenburg who PB’d in 15:59 and Kate Waugh (Birtley) who also PB’d with 16:15 on the clock.

A,F&D topped the men’s leaderboard again thanks to a 14:05 from Richard Allen but Hugo Milner (Derby) and Andrew Smith (Leeds) should be happy with their 14:13 and 14:16 runs which give them brand new targets to beat in the future.

The BMC 5k wasn’t quite so swift across the board, but there were some excellent runs nonetheless. Rob Samuel won in 14:20, from Tom Lancashire in second with 14:33 in cold conditions. Thomas Archer’s 14.38 win in the B race took him to 5th on the UK all time U17 list.

On Sunday, Hercules Wimbledon hosted their own 5k and a 5k Masters competition. In the Senior men’s race a quality field kept the podium places all under 15 minutes. Ellis Cross (Aldershot) came top in 14:33.7 to beat Tim Lefory (14:47.2, THH) and Josh Grace (14:48.4, Aldershot).

Belgrave Harriers’ Michelle Pearson was first home in the women’s race, squeaking under 17 with a 16:59.2 on the clock. The battle for the remaining medals was fierce but in the end Suzie Monk (Guidlford) won out in 17:43.4, just beating Emily Wicks (A,F&D) in 17:45.2.

The Middlesborough Endeavour Graded 5k has a tasty looking start list, but we are still awaiting official results and will update asap. We’ll also keep an eye out for the Blackheath & Bromley Spring Middle Distance Open Graded Meeting results.

The RunThrough Tatton 10K is not known for being a PB course but the women proved otherwise on Saturday. First place went to Bury’s Hannah Price in an 11 second PB time 36:22, that’s hot off the back of her 17:18 at the recent Podium 5k race.

Rebecca Twardochleb (Newcastle U23) finished runner up in 37:12, also running a 52 second PB and Chrolton’s Amy Weyers kept the PB streak going with her third place time of 38:41.

The Chertsey House Series 10k took place in Guernsey earlier in the week with (understandably) a pretty local field. Richard Friedrick (Guernsey/Germany) was victorious in 32:00, besting James Priest who PB’d to run 32:10. U23 Sam Galpin was a safe distance behind in his own new record of 33:53.

The women’s race all hovered under and around the 40 minute mark and Rosie Williams was the one to get safely under it, finishing in 39:31 for the win. Megan Chapple raced home in 39:43 and Nicole Petit just missed out on that sub 40, clocking 40:02 for the final podium place.

Fine performances on the track in the UK and US

The Trafford Open Meet had two mixed heats of 3,000 the first of which saw Ellen Kearney (Wirral AC U20) finish first lady in 10:01.76. The fastest time overall came from George Lewis in the second heat, taking the win for East Cheshire in 8:43.89.

British Athletes were also in action across the world. In Eastern Iowa at the NAIA Cross Country Championships Middlesborough’s Natahan Baker ranked 11th, covering the 8k route in 24:52 for Milligan College. Liam Barnsby was representing Baker Uni/Inverness and placed 82nd in 26:01 and Wirral’s Arran Kearney logged a 29:15 for Bethel Uni.

Preston’s Kian Davis was representing Oklahoma State Uni on Friday at the Joe Walker Invitational in Oxford, Missouri and did so rather nicely, winning the 1500m thanks to a new best of 3:47.63. Lewis Mills (Blackheath and Bromley)was also racing and placed 9th in a PB of 4:00.68.

In an earlier heat Cameron Field (Liverpool) ran 3:47.00 and Stephanie Moss (Sale Harriers) was 12th in her heat in 4:28.86. Preston are clearly sending their athletes far and wide with great success, as Charlotte Cook also bettered all her previous efforts when she ran 2:09.48 to place 4th for Uni of Central Florida at the USF Invitational. Hannah Seagrave (Middlesborough) was back in action at the Miramar Invitational and finished in 2:04:73 over 800m for seventh place.

Overseas on the roads

James Drakeford has clearly got used to the conditions in Taiwan and represented Bourneville Harriers well at the Liangkuo Cup Half Marathon in Dongshi, getting bronze in 76:41

Away from flat tracks and roads, it was brilliant to see Jenny Spink out racing again. She was one of eight elite athletes who set out to beat the 1988 men’s and 1994 women’s records for the Coll de Pal vertical roadrace in Spain.

Sara Alonso, Eli Gordon, Jenny Spink, Bárbara Ramon, Xavi Tomasa, Roger Roca, Daniel Osanz and Aleix Domènech all went for it and in the end, Sara and Daniel did beat the record.. ..but so did the rest of the women’s team too. This was despite Jenny’s build up being hampered by a knee injury. The previous mark of 1:47:59 was thoroughly destroyed with Sara Alonso setting the new mark at 1h40 and with Jenny completing the 19.6k and 1,300m elevation gain in a storming 1 hour and 42 minutes.

Back in the UK there was a little out-of-season XC action in the form of the ATW XC Series Race 3. Chiltern Harriers won out thanks to Richard Slade who finished in 27:17. Emily Jeanes brought it home for Trent Park RC in 33:01.

In the longer distances, it should of course have been the NN Mission Marathon in Hamburg this weekend which was due to host, amongst a stellar line-up, one Eliud Kipchoge. However, we will have to wait another week to see how that one pans out.

There were no GB athletes (understandably) in the Xiamen Marathon & Tuscany Camp Global Elite Race which took place at Ampugnano Airport, but it’s worth reporting on just to get an idea of the current form of top athletes around the world as we build to the Olympics.

Kiptanui Erickiprono of Kenya won the race in 2:04:57, ten seconds ahead of his nearest rival. Compatriot Tanui Andelajemesunde topped the women’s race in 2:20:08, with the top seventeen all finishing inside the Olympic qualifying time.

The Canberra Times Marathon is due to post results soon.

A little more, er, local but joyful nonetheless was the Kent Spring Marathon which was won by Mathieu Lavedrine in 2:48:44 and Sharon Bollister in 3:22:05. The Half was won by Sophie McGoldrick in 1:34:15 and Alexander Barber in 1:15:13. We’re waiting on results from the Rutland Spring Half Marathon.

Back with a Bang – weekend roundup
Book review: The Five and Ten Men – Richard Amery