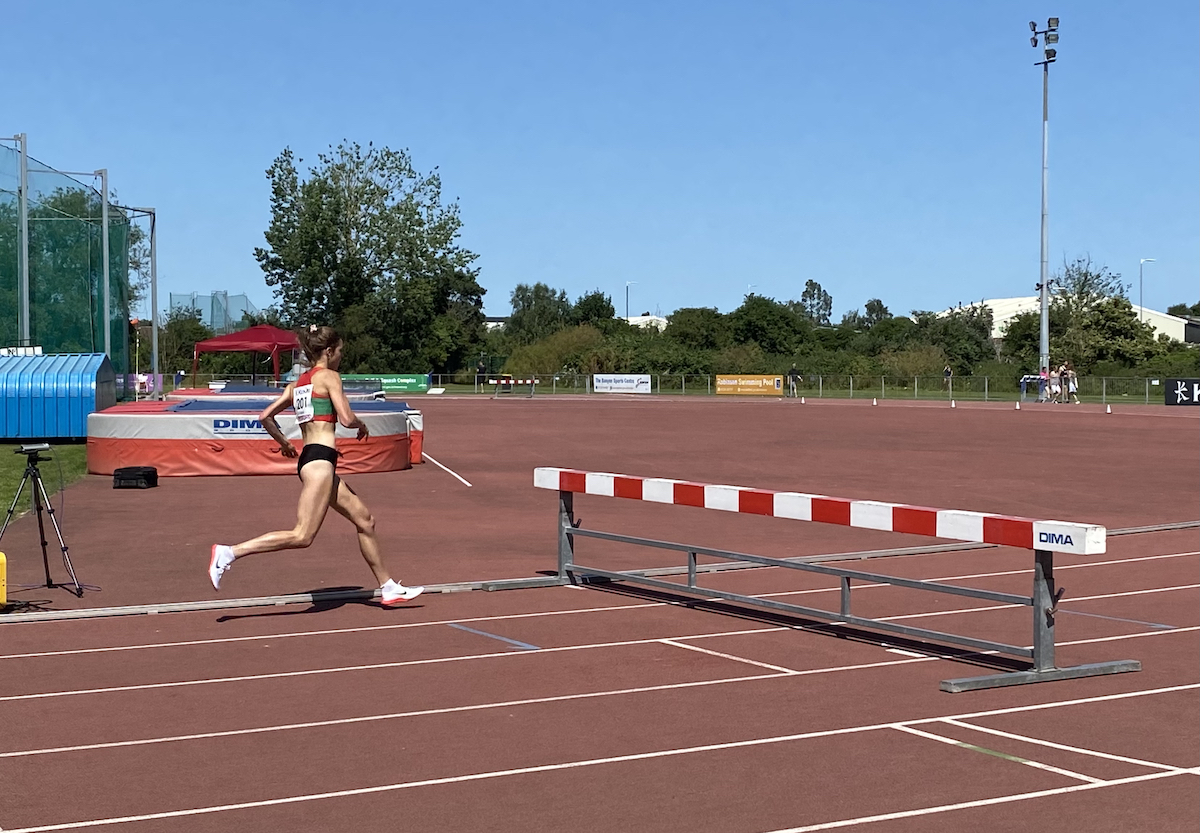 Whilst the big show in Tokyo may be less than a fortnight away, there is plenty still happening on the roads and track across the UK. As ever, I am here to bring you a round up of records, records and everything in between.

Tuesday’s British Grand Prix was the last Diamond League before the Olympics and, for many athletes, their last competition before heading to Japan. Whilst expectations were high across all track and field disciplines being contested on a surprisingly sunny Gateshead evening, it would not be unfair to say the best was left till last with one of the highest quality 3000m races seen in England.

The seven and a half lap race saw 12 of the 16 entrants run a new lifetime best, with three setting National Records. A battle up front saw Spaniard Mohamed Katir secure his third Spanish Record of the season with 7:27.64 to take the win ahead of Australian Stewart McSweyn. His second victory in Gateshead following a dominant 5000m in May.

Earlier saw great performances in the Emsley Carr Mile with the entire field going under four minutes. The flagship event of the meeting, it has an illustrious list of winners including Kip Keino, Haile Gebrselassie, Jim Ryun, Hicham El Guerrouj and British greats including Seb Coe, Steve Ovett and Peter Elliott. It had been billed in the run up as a Scottish Record attempt by Jake Wightman, who won the race in 2017, however it was 800m-specialist Elliot Giles who took the win with a 3:52.47 PB after a thrilling last 100m that saw him separated by just one hundredth of a second from 1500m Tokyo representative Jake Heyward (3:52.50), who was rewarded not only with a PB but also a Welsh Record. That time was a near four second improvement for Elliot, a perfect tune up for what awaits in Japan. Archie Davis, James McMurray, George Mills and Tiarnan Crorken all set PBs.

Following hugely successful earlier editions, there was plenty of anticipation ahead of Saturday’s Soar MK5000 PB Special in Milton Keynes. With 12 graded races alongside two elite races, plenty of athletes were looking to run to their best over 12.5 laps. With temperatures knocking on the door of 30 degrees, the hottest day of 2021 led to some slower times than athletes may have hoped for, but the quality of racing remained top notch.

The dropping temperatures and setting sun allowed for some fast times and exciting battles for the two elite races. The women’s race went out at just over 15-minute pace, with a group of five (Jenny Nesbitt, Abbie Donnelly, Morag Millar, Nicole Taylor and Holly Dixon) following the pacemaker for the early laps. The group dropped to three by 3000m and the temperature taking its toll on the pace, with Jenny, Morag and Abbie taking turns to lead. An emphatic last lap saw Abbie move away to take the win in a huge PB of 15:42.65 ahead of Morag (15:43.57) and Jenny (15:44.90).

The men’s elite race saw a battle between two athletes who have set multiple PBs in 2021, Jack Rowe and Jake Smith. Going out in 66 second laps behind early leader Ben Bradley, the two were evenly matched until Jake put in a decisive-looking move with just over two laps to go. However, Jack was able to respond to take the lead on the last lap and sprint to a victory of 13:41.40 (a stadium record) ahead of Jake (13:48.00) and Conor Bradley (13:50.05). An excellent evening of racing! This weekend saw the England Championships held in Bedford. Quality in races was mixed, thanks in part to a congested calendar and a number of athletes abroad for Tokyo preparation or age-group Championships.

Whilst the big show in Tokyo may be less than a fortnight away, there is plenty still happening on the roads and track across the UK. As ever, I am here to bring you a round up of records, records and everything in between. Races organised by the British Milers Club continue at pace, with events in Birmingham and Eltham on Wednesday. Birmingham’s Gold Standard races saw Hugo Milner just beat Jake Smith over 3000m (8:00.39 to 8:00.80), both rewarded with PBs in a fast race where 12 other athletes set lifetime bests. The women’s race saw Kate Avery (9:33.20) take a comfortable win ahead of Elisha Tait (9:38.85 PB).

Milton Keynes did not provide the only 5000m racing of the week, with the two-Cambridge named meets also featuring the distance. The Cambridgeshire AA Evening Open in St Ives on Wednesday saw Phil Martin (15:31.4) go fastest; no women raced the distance. Milly Dunger and Ewan Taylor, both U15, recorded PBs over 3000m with 9:34.8 and 10:35.2 respectively.

In Eltham, it was Louis Small (15:08.63) and Lucy Foreman (19:23.10) who were quickest at the Cambridge Harriers Open. Ted Marston and Nicole Edmunds were fastest over 1500m, whilst Megan Slattery and Jake Stevens quickest over two laps.

There was no shortage of 10km racing this week, with notable events in Brighton, Droitwich Spa, Exeter, London and Milton Keynes. Saturday’s Sri Chimnoy 10k at Battersea Park saw an emphatic victory for Rose Harvey, who’s 33:36 over the four-lap course was over three and a half minutes ahead of second placed Josie Wren Golder (37:08). There was a much closer finish for the men, with Nick Bowker crossing the line just two seconds ahead of Edward Chuck (31:23 to 31:25). The top 25 finishers recorded times under 35 minutes.

Run over Wednesday and Thursday, the Exeter 10k saw Jo Pavey finish over three minutes ahead of the next fastest woman, with a time of 35:28. The top three (combined times across the two days) men were only separated by just six seconds, with Simeon Bates (32:46) taking the win. James Reeder (33:05) and Sally Green (45:25) were quickest at the MK10 in Milton Keynes, whilst Nikki Juniper (39:50) and Karl Welborn (32:42) crossed the line quickest at the Drotich 10k.

Kirsteen Welch broke the course record over the hilly route at Frome Half Marathon with 1:21:13, with James Dwyer the fastest man running 1:13:55. The British Masters Half Marathon Championships saw overall wins for Tom Merson in 1:10:12 and Gemma Collier in 1:24:35.

2:33 marathon runner Elsey Davis clocked up a big win in the mountains at the Eiger Ultra Trail in Switzerland running 4:07:33 over the 35km course.