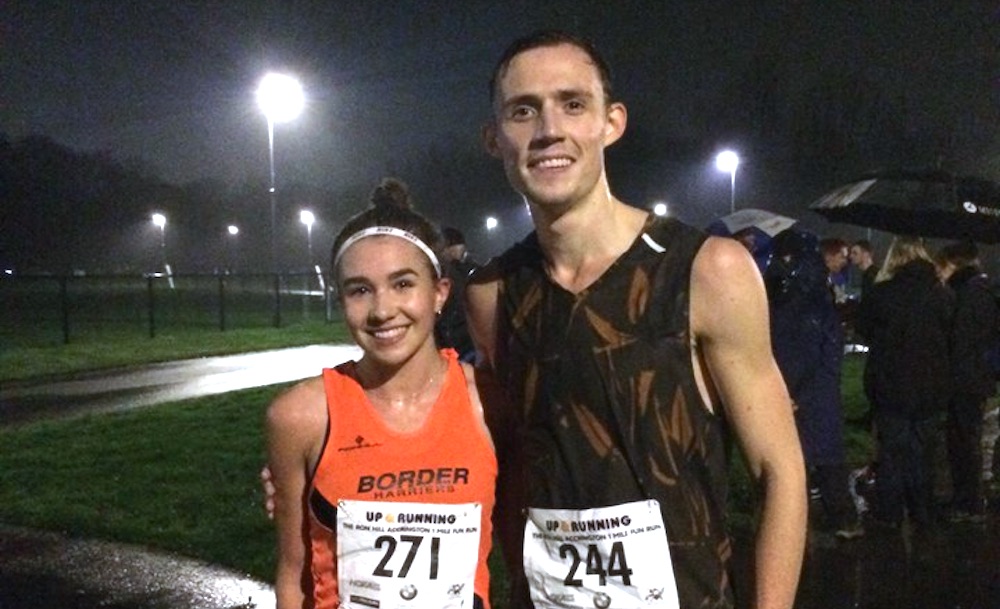 Jamie Webb and Olivia Mason claim the wins at the final race of the year in Barrowford.

Jamie Webb clocked 14:33 and Olivia Mason ran 16.55 as the pair took the victories at the fifth edition of the Podium 5k on Saturday evening (December 1).

Despite the damp conditions, runners weren’t put off from racing in the fast ‘no frills’ race in Barrowford, which has seen some of the fastest times recorded this year in the UK.

RELATED: Who ran the fastest 5k in the UK this year?

Liverpool Harriers’ Webb’s winning run of 14:33 was a big 5k personal best for the middle-distance track specialist who now turns his attention to the indoor season.

17 year-old Olivia Mason won the women’s race in 16:55 to record the second fastest time by an under 20 athlete in the UK this year.

The Border Harriers’ runner finished four seconds ahead of Liverpool Harriers’ Rachael Burns who dipped inside 17 minutes in 16:59.

In the accompanying ‘B’ race, Horwich RMI Harriers’ Toby Middleton took the men’s win in 16:56, while Ribble Valley Harriers’ Helen Glover was the first woman in 17:48.

GB endurance runners to get £350,000 support from London Marathon organisers
Europe and USA to go head to head in 2019