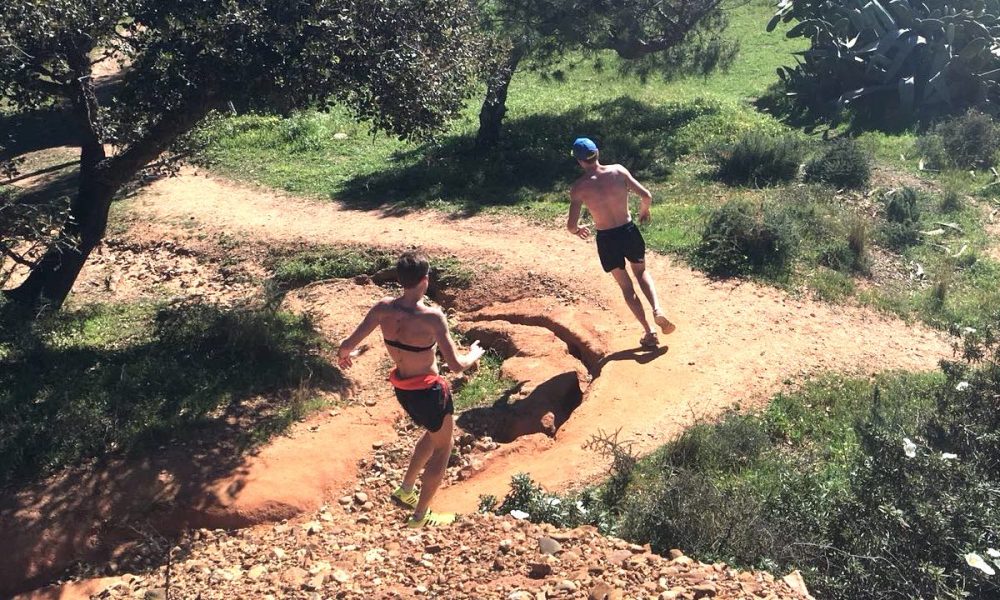 As befitting the hardcore masochistic image that us endurance runners like to project, we all want to hear about the “killer” sessions that are going push us to our limits. But one of my most effective regular sessions is neither a killer session nor just a steady run. It’s the ‘In-Between Fartlek’. That uninspiring description doesn’t do justice to the important role it has played in my training as a former elite athlete and now for the athletes I coach.

What is the ‘In-Between’ Fartlek?

Fartlek is a well-known term that essentially means mixed pace running and describes a range of differently structured sessions. However, my fartlek runs have a very specific purpose as a session that’s somewhere in between a high intensity hard intervals session and a good steady run.

The key to this session is to manage the variation in pace between the faster and slower sections. The change of pace should be far less extreme than you might run for interval sessions and the overall average pace should be marginally faster than a good steady run.

So you might usually aim for 5k pace or 85-95% of your max. heart rate then recover with a slow jog or walk. By contrast the faster sections of the fartlek are run at a more conservative 10k-half marathon pace or approx. 70-80% HR max. The kicker comes as the slower sections should be faster than most jog recoveries and much closer to your regular steady run pace at around 60-70% HR max.

The challenge is to avoid running too hard for the fast sections, especially at the start. Run too fast and it impacts on your ability to maintain the necessary pace for the slower sections and you lose the point of the session. The effort comes from the constant change of pace and the duration of the session rather than the intensity of the hard efforts. I usually suggest a mix of longer and shorter sections for 25-35mins. However, it can be less or more depending upon your level of fitness, the stage you are at within your overall training cycle and your target race distance.

Why is it such a good session?

Run like this, the fartlek can be very effective in building fitness quickly but the “in between” nature of the session means it’s deliberately less mentally and physically demanding than other interval sessions. And so I run this session in two main circumstances – to build fitness and to avoid overtraining.

Key times for building fitness are during periods of comebacks from injury, illness or end of season breaks and base-building aerobic training such as in the early stages of a marathon training plan. At these times the fartlek is perfect. What’s more it provides a change from monotonous steady aerobic running which many runners can find boring and demotivating but without slipping back into higher intensity running too soon.

But that’s not to say you can’t run the session during periods of high intensity training too. And that’s when its shift of focus from the pace or set distance of traditional intervals can be invaluable. Its role as an in between session means you can lower the intensity – either mentally or physically – to avoid over-training but you still get more training benefit than a steady run. The cumulative load of the constant change of pace and faster-than-usual recovery sections ensures the fatigue builds as the session progresses and you can finish feeling like you’ve still had a hard workout.

So despite its terrible name the ‘In-Between’ Fartlek still forms a core part of my own running these days and often pops up on the training schedules of my athletes. After many years as an athlete and now as a coach I know the real secret to being a hard-core endurance runner is knowing that it’s not always the killer sessions that make difference.

Jo is a former GB marathon runner and now fully qualified British Athletics coach. To find out more about her coaching or see what running she’s still doing you can visit her website herewebsite here or follow her on InstagramInstagram, TwitterTwitter or Facebook.