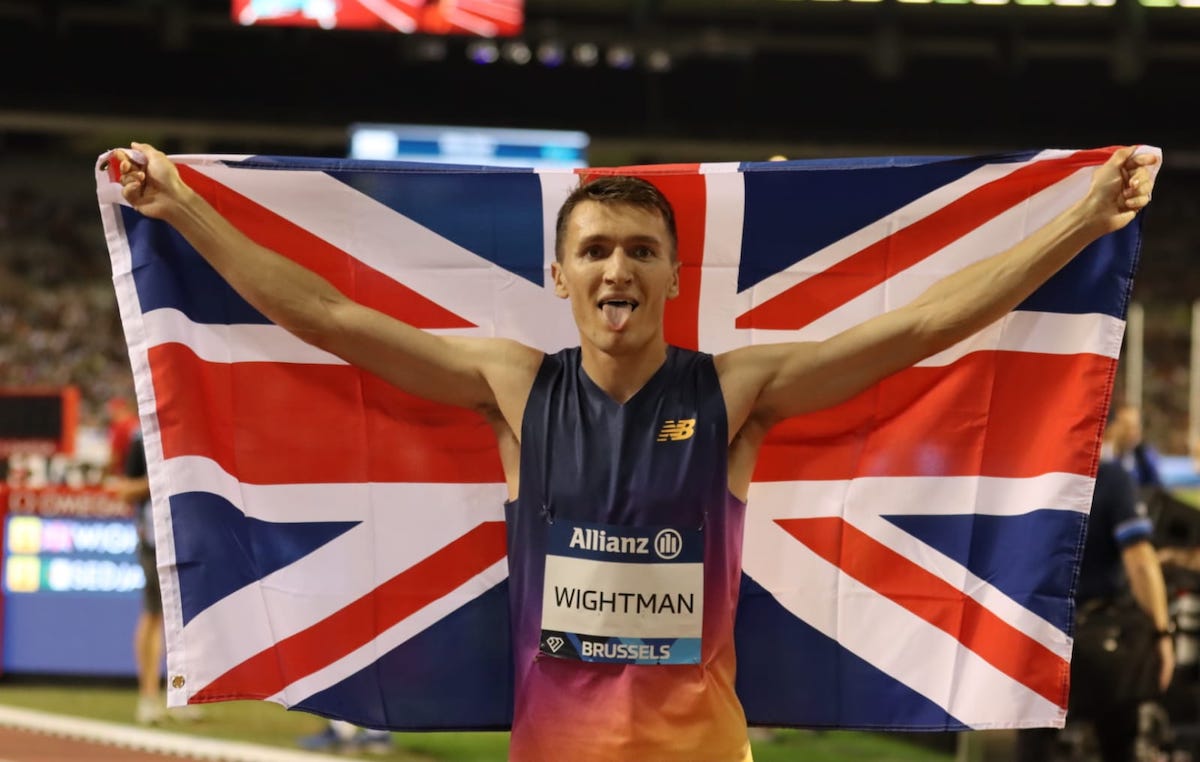 A course record at the big half, two National records in the Diamond League and a whole host of swift times as racing hits its zenith with both track and road competing at high levels in the same week.

At the Big Half in London today there were plenty of big names lining up to test their fitness ahead of London marathon. One such was Mo Farah who has decided that he will have another bash at 26.2. Having won this race twice before, he’s well versed in the course and claimed his third victory in 60:49. Eilish McColgan was one of the few on the elite start line who are not targeting the longer distance, after her recent announcement that she will defer to 2023 (understandably after an epic track season). She put a good amount of the work in solo, running a huge course record of 67:35 (previous was 69:51). In the men’s race Jack Rowe logged 62:04 for second place and Jake Smith, 62:10. Andrew Butchart set a big new PB running 62:59 and fifth place when to Omar Ahmed who stayed with the lead pack until the second half of the race to clock 63:20 only a week on from Antrim Coast Half.

In the women’s race it was Charlotte Purdue (70:15) and Samantha Harrison (70:22) who filled out the rest of the podium. Calli Thackery set a new PB after her fantastic season over 5km running 72:01 and fifth place went to Steph Twell who ran 73:55.

Despite being late-on in a busy year of track racing, the Diamond League in Brussels had plenty of excitement. Ciara Mageean has been rising up the ranks fast this season and this time she took the gold spot that has marginally eluded her, running 1500m in 3:56.93 – an Irish National record and beating Laura Muir into second place (3:56.86) – more to come in our Irish roundup. The rivalry between Muir and Mageean has been brilliant to watch this season as they give everything to beat each other in their races and then heartily congratulate each other afterwards. In the 800m Jake Wightman unleashed a winning kick to put himself fifth on the UK all time list and set a new scottish record of 1:43.65. He’s off to Zürich next for another 800m and then defending his road mile title in New York to finish. I suspect he’ll be bettering his 3:49.6 from last year!

It’s that time of year when shorter races are still being competed at a high level, but the longer distances are also  churning out some epic results. It’s always hard to know which races to include so here’s our best stab covering the range of opportunities to log a new PB on the roads this week:

While the Big Half hogged the headlines, the Village Bakery Half Marathon, Wrexham can always be relied upon for some fast runs. This year was no different, with Gavin Tomlinson topping the podium in 68:01, followed by Russell Bentley in 68:36 and Michael Young in 69:03. There was no doubting the winner of the women’s race as Rachel Hodgkinson clocked 75:41, leaving the silver to Becky Penty in 78:50 and bronze to Claire Clancy in 79:28.

In the Midlands, Wilne 10k was on fire this year, with the top 5 all finishing in under 31 minutes. Samuel Moakes was oh so close to going under thirty, taking victory in 30:02 to narrowly hold off Freddie Hessian who was two second behind him and Charlie Brisley who ran 30:19. Honourable mentions go to Cameron Smith (30:47) and David Bishop   (30:59). The ladies’ race was a swift one too,  with 34:02 being the time in which Charlotte Taylor took victory. Ellie Stevens ran 34:02 and Donna Sherwin 36:55 to round out the podium.

North Yorkshire’s Tolthorpe 10k saw a convincing win from Jordan Howe in 32:16, with Rhona Marshall fastest woman in 40:37. Over in West Yorkshire, the Wetherby 10k win went to Scott Hinchcliffe (32:39) and Catherine Williamson (37:35). William Fuller clocked 33:05 for his win at Stratford’s Big 10k, with Natalie Bhangal fastest female in 39:20.