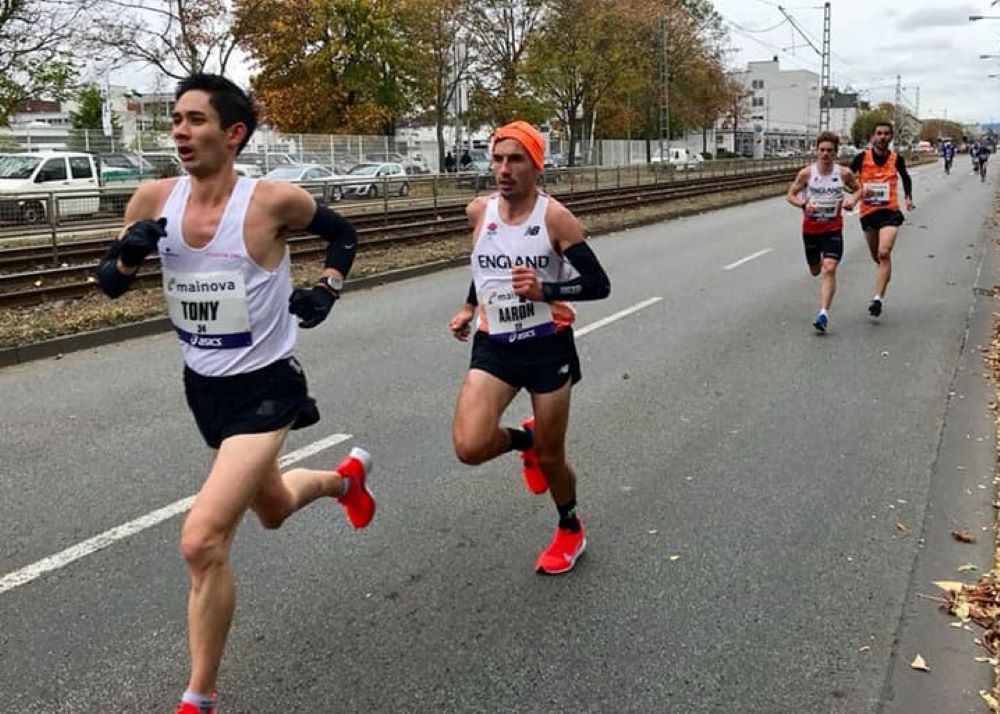 Strong England teams have been announced for Frankfurt Marathon and Toronto Waterfront Marathon in October including Nick Earl, Nick Torry and Hayley Carruthers.

Carruthers was selected for England in last year’s Toronto Waterfront marathon. This year she will set her sights on the fast Frankfurt course after her 2:33:59 in London this year. After a sparkling few months the Birchfield runner will be looking to make her mark before Olympic year.

Manchester Marathon winner Jenny Spink joins Carruthers in the Frankfurt team. Girona based Spink will be looking to build on her PB of 2:35:19 having run for England in Toronto in 2015. Jenny recently shared her training diary with us.

Evergreen Nick Torry will be a popular selection after his superb 2:16:21 in London. Torry was 13th in the 2014 Commonwealth Games Marathon. His London time moved in to 4th on the UK all time V40 rankings. Lincoln Wellington man Scott has been rewarded for his excellent 2:16:57 in Frankfurt last year with selection again for the 2019 race.

Brighton marathon winner Peter Le Grice and runner up Paul Navesey are selected with both in fine form in 2019. Le Grice took nearly 5 minutes of his marathon PB to win on the south coast in 2:16:22. With a third place finish at Bath Half and a fine 10km PB the Bristol man looks to have a bright future in the marathon. Paul Navesey achieved his selection with an excellent 2:18:16. The Crawley athlete has been in fantastic form in 2019 with PBs at 5km, 10km and half marathon in the build up to Brighton.

Earl the man to watch in Toronto

Nick Earl achieved one of the standout British performances of the year so far when running 2:14:38 at Lake Biwa Marathon in Japan. He is selected to run in Toronto alongside Rob Corney of Reading Road Runners, Johanna O’Regan and Louise Small.

Australia based Earl ran 65:24 to win the challenging Cadbury Half Marathon in Hobart and Canberra Marathon in April. Corney’s selection recognises his huge PB of 2:19:13 in Brighton after running a break through 49:43 to win Bramley 10 in February.

AFD’s Louise Small set a time of 2:39:43 on debut in London. The Mick Woods coached athlete is one of the most familiar faces on the UK track and cross country circuit. Johanna O’Regan has seen remarkable progression over the last three years. From a 3:39 in 2017 to her qualifying performance of 2:42:15 in London. Riverside Runner O’Regan ran 3 marathons in four weeks in April, all sub 2:50.

RELATED: The IAU World 50km Championship team has been announced