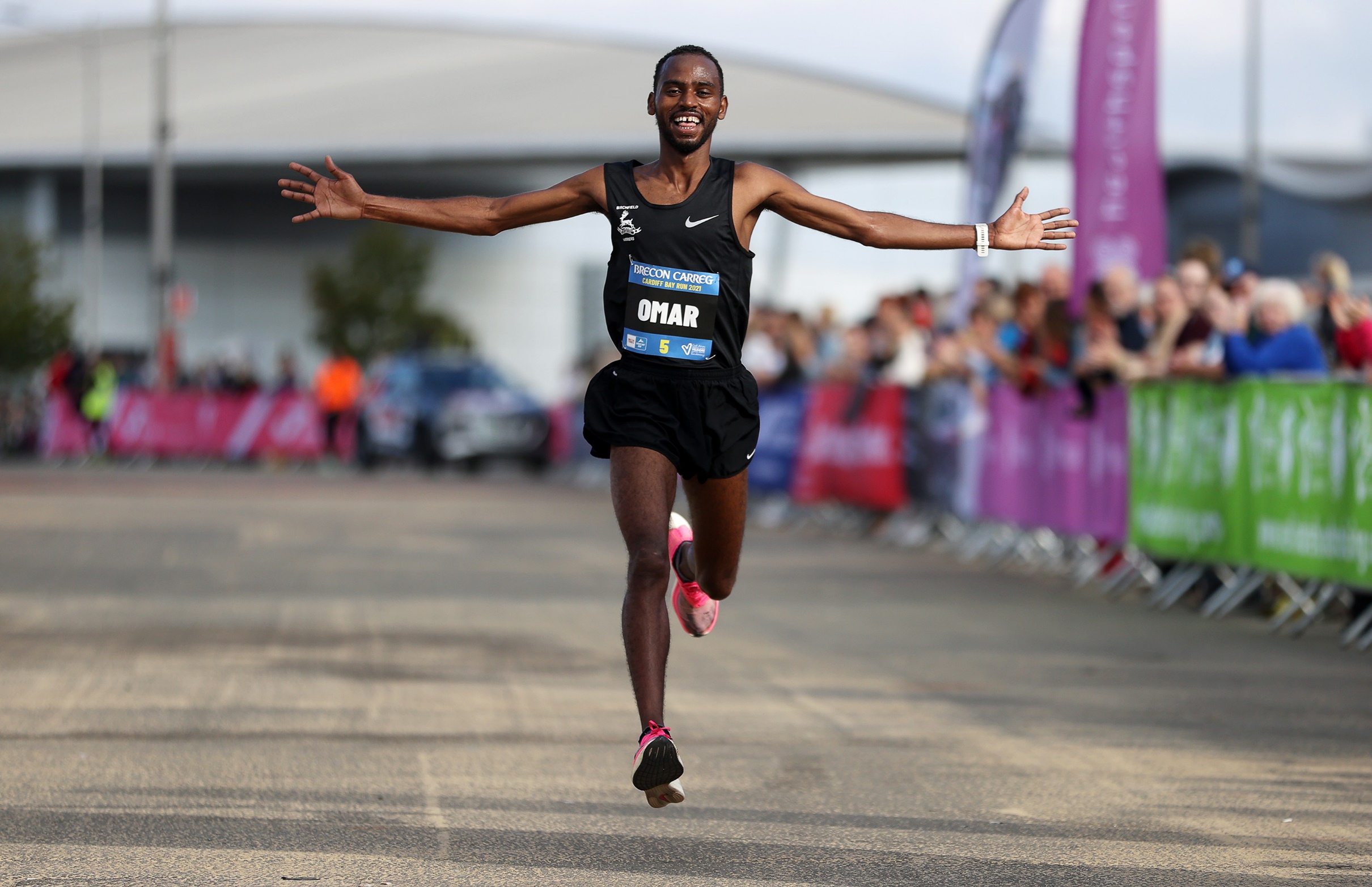 The event has moved to a new May date for 2022 but will take place on a near identical course to previous editions, entirely flat and taking in picturesque views across Cardiff Bay.

Swansea Harrier Griffiths proved fitness three weeks ago with a ‘gun to tape’ victory at the Great Birmingham Run (half marathon) in 65:10.

Last weekend the marathon man stormed to a 29:39 victory on an undulating course to claim his 56th Welsh title at the Bryn Meadows Caerphilly 10K.

Ahmed stole his course record for the Cardiff Bay event in 2021 to claim victory ahead of Kadar Omar and of Abed Teweldebrhan who will also be in action on Sunday, a week after finishing second in Caerphilly.

Tsim and Robinson expected to challenge

Olivia Tsim (33:58) of Pontypridd Roadents is the favourite in the women’s race and is also a recent Welsh Champion for 10K after claiming the title last week in 35:44. She has shown great improvement in recent months that includes a victory at the San Domenico 10 Mile Race and fourth at the Wrexham Elite Half Marathon in 76:38.

Hannah Robinson (34:04) of Birchfield Harriers was fifth at the Cardiff University Cardiff Half Marathon in late March and is most likely to offer opposition. Donna Morris (36:11) is also likely to feature following a string of fine performances lately. Wheelchair racing stalwart Richie Nicholls has claimed victory in Cardiff Bay many times in the past and will be in action once again this weekend.

4,000 people are expected to attend the event in the Welsh capital, which is celebrating it’s 5-year anniversary. Previously known as the Cardiff Bay 5 Mile, it first became the 10K Cardiff Bay Run in 2017.