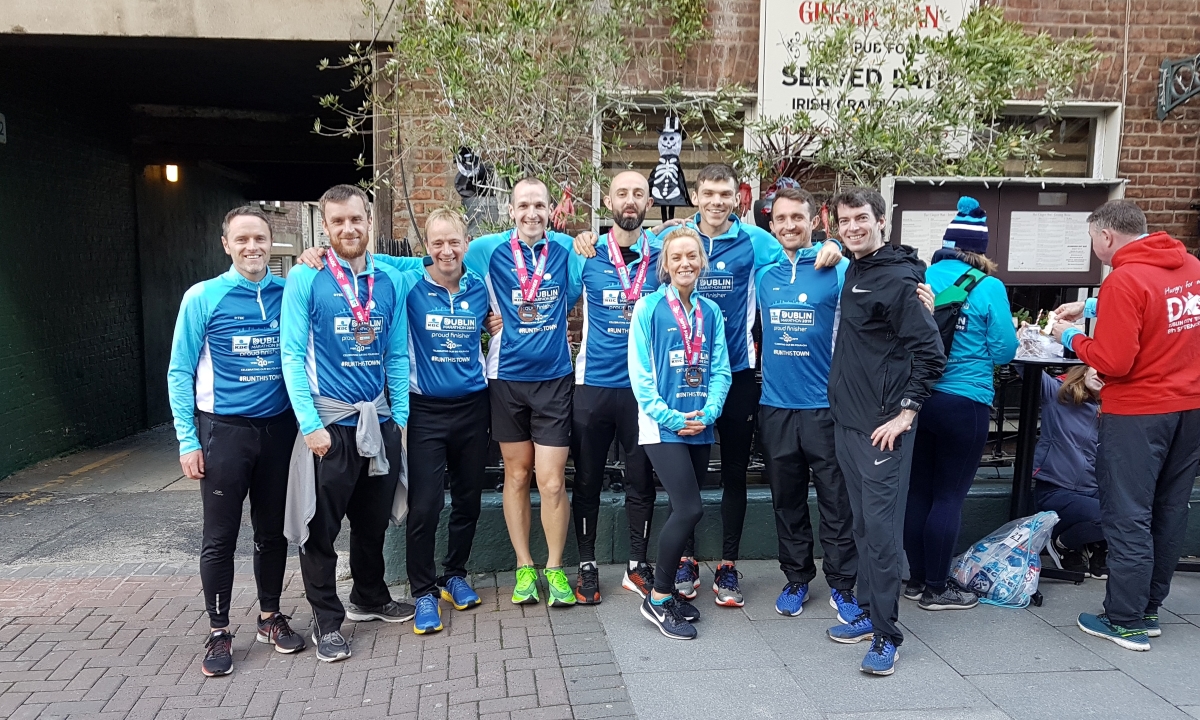 Life suddenly feels very empty. No more early morning runs in the darkness. No more painful, long Sunday long runs. For over 22,000 runners, the post Dublin marathon race day blues have well and truly set in. But what a raceday it was.

Sunday 27th October was the 40th running of the Dublin marathon and what a way to celebrate its anniversary. In near perfect conditions, a rarity for Dublin at the end of October, Stephen Scullion finished as the top Irish male, storming home in a personal best time of 2.12.01 and good enough for 2nd place overall.

The female race was as equally as exciting, with Aoife Cooke taking over fourteen minutes off her personal best to finish in a time of 2.32.34. With the challenge for Olympic qualification heating up, both athletes picked up vital bonus points in becoming National champions and so moved up the global rankings. In addition, both Stephen Scullion’s run and Ann-Marie McGlynn’s (2nd Irish women behind Aoife) ranked as new Northern Irish marathon records.

Looking further down the results, the personal bests kept coming, in both the women’s and men’s fields. Whether it was the good conditions, or perhaps the large number of participants wearing the new Nike Vaporfly Next% shoes (224 of the first 250 runners were wearing a pair, according to one twitter source), suffice to say, the race was set up near perfectly for the DreamRun Dublin 2019 runners.

As those who have been following the DreamRun group on FastRunning will know, the Dublin marathon marked the end of this year’s project. Now in its third year, the DreamRun project saw ten runners, coached by Irish Olympic marathon runner Paul Pollock over 25 weeks, attempting to break through the magical sub 3 hour barrier in Dublin.

Raceday in the words of the coach

A new precedent was set last year by the DreamRun Dublin 2018 group, in which 9 of 9 starters ran personal bests, with 5 of the 9 breaking 3 hours. With such a high bar having been set, the pressure was well and truly on this year’s group to perform. But perform they did.

Leading the group home was Ryan in 2.53, taking a massive 87 minutes off his previous personal best. He was closely followed by Elaine in 2.56, James in 2.58 and Dale in 2.59. Unfortunately, the sub 3 hour barrier was just outside the grasp of Martin (3.02) and Gerard (3.03) with first timer Cailam (3.15) and Adrian (3.18) rounding off the results of the group. With a total of 7 of 8 starters running personal bests, 4 of the 8 breaking 3 hours, and a collective 156 minutes of improvement among the 8 runners, it was a day to remember.

The customary post race pint at the finish line epitomised what the group is all about – joining runners together from all walks of life to try and accomplish the same goal. For some, it was tough getting so close to 3 hours and not breaking through, whilst for others there was clear relief that they had managed to achieve their goal. Regardless, there was a real feeling of accomplishment and rightfully so, for part of the fun of a marathon is in the journey and every athlete has their own story to tell.

A massive thank you again to everyone who was involved in this year’s project – to FastRunning for their publicity, Ryan Maxwell for his continued support, David Woods for his psychological input, to all the volunteers at Belfast Victoria Park Parkrun, Athletics NI, Athletics Ireland and of course, to the KBC Dublin marathon organisers for all their help throughout the year.

To everyone who has followed the project and supported the runners on their journey, thank you. And finally, thank you to the ten athletes and their families for making DreamRun Dublin 2019 such a memorable experience.

For anyone wanting to get involved with the organisation of DreamRun Dublin 2020, please just get in touch with myself. Applications for next year’s group will open in early April 2020, with details on how to apply being available closer to the time.

Is it time for a trade union for athletes?
High class racing at the Bobby Rea International – Irish weekend roundup