Diamond League, Podium 5km and chasing down a train – the weekend roundup 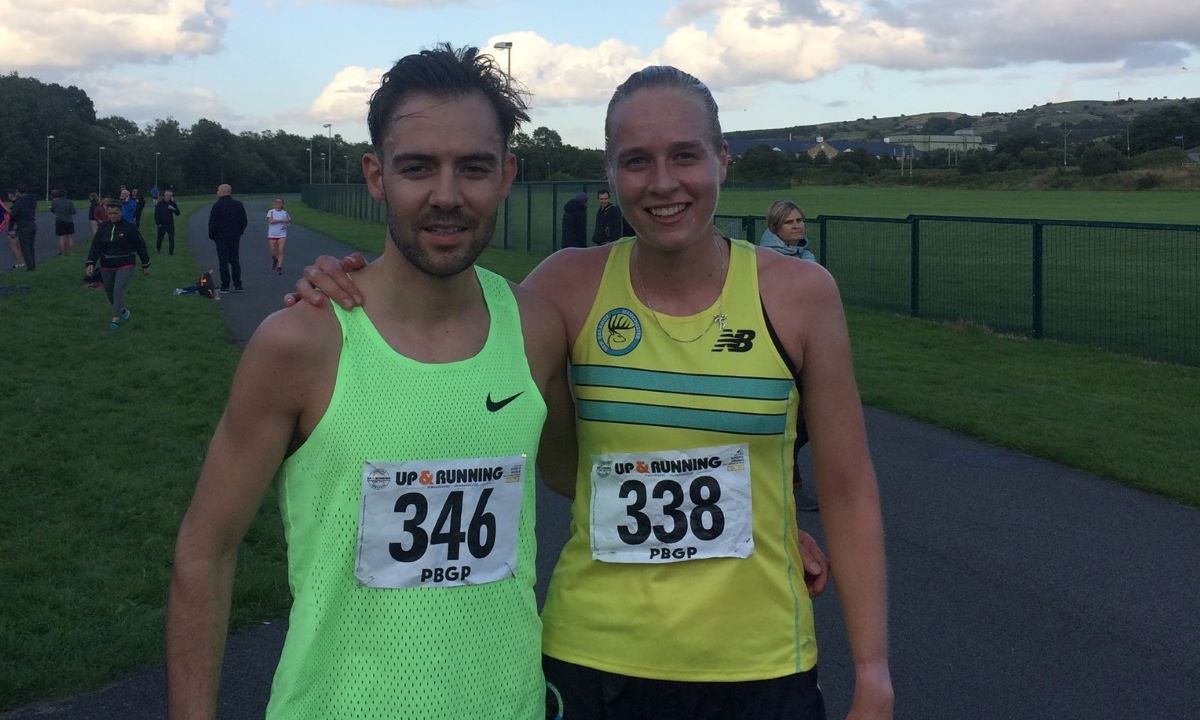 Whilst this weekend may have been a quiet weekend for racing, that isn’t to say the races that did occur weren’t of an impressive standard! This weekend included 10k’s in St Levan and Birchwood, fast times in the Podium 5k and Race the Train event, and some noteworthy ultra-running performances. The Diamond League on home turf in Birmingham also saw some promising times ahead of next weekend’s British Championships.

The Diamond League in Birmingham gave British athletes the chance to familiarise themselves with the Alexander Stadium ahead of next week’s home championships. Whilst the weather conditions weren’t ideal, the performances still shone.

Lynsey Sharp gave her all and ran a smart race in the women’s 800m to place herself second in 2:01.09. Alex Bell, who recently proved her strong form with her first sub 2-minute race of the season at the Diamond League Anniversary Games, gave a cracking run, coming 5th in 2:02.41.

The women’s mile was PB’s galore for GB. Eilish McColgan crossed the line in an incredible third place, clocking a time of 4:24.71 and a PB. Jemma Reekie also ran herself a PB coming in 6th place in 4:27 flat. The men’s 1500m saw our British athletes take all places from 10th to 13th . Chris O’hare led the string of GB athletes in a time of 3:41.98, followed by U23 athlete, Piers Copeland in 3:43.55. Recently we had the pleasure of catching up with Piers and his sister Grace in the relaxed environment of their home. The 12th athlete, and 3rd Brit home was Jake Heyward followed by Zak Seddon in 3:43.72 and 3:44.44 respectively.

The strong British performances continued over the barriers in the women’s 3000m steeplechase. Elizabeth Bird was the first GB athlete to cross the line in 9:50.97 in 13th place. Rosie Clarke also gave an impressive, strong performance, finishing with 9:54.25 on the clock. Just four seconds behind her in 9:58.68 was Aimee Pratt.

Earlier in the week, there were some impressive times ran in the Cork City Sports International. Conor Bradley of City of Derry AC clocked 7:58.30, a new PB, whilst Swansea’s Jonathon Hopkins was only three seconds of his all-time best with a time of 8:12.09. The women’s race similarly had some speedy times, with Charlotte Arter taking home silver in a time of 9:02.29. Four places behind Arter was ADFD’s Emily Hosker-Thornhill in 9:20.48. It was only last weekend Hosker-Thornhill made her GB track debut at the European Team Championships in Poland. The third Brit home, in 8th place, was Beth Kidger with an impressive PB of 9:24.11.

Internationals out on the road

Down in Cornwall, Peter Le Grice dominated the St Levan 10k. The Frankfurt marathon bound athlete who will be representing England, proved his strength is not only confined to the 42-kilometre distance. Le Grice took the win in a time of 31:09, a very encouraging performance in the final few months before Frankfurt. In home territory, Heidi Tregenza of Cornwall AC took gold in the women’s race in 38 minutes dead, closely followed by Emma Stepto in 38:11. Over in the States it was the 45th running of the famous Falmouth Road Race with Brits Tish Jones and Lily Partridge again in action over the 7 mile course. Jones finished 4th in with a well paced performance of 37:43 and Partridge was 15th in 39:48.

At the Birchwood 10k there were some impressively speedy performances. The Sale Harriers athlete, Nigel Martin, took the win in a rapid 30:30. Martin recently runner dipped under 30-minute mark at the Trafford 10k back in March. In a clear second place, in 32:06, was Daniel Cliffe of Liverpool Harriers & AC. Cliffe also holds an impressive sub 30-minute PB. Ian Salt took third prize, crossing the line in 32:37, just 2 seconds outside of his lifetime best.

Similarly, the women’s race was filled with some strong performances. Eleanor Jones took her place at the top of the podium in 36:39, her fastest 10k time this year. Jones was followed by Hannah Cowley of Helsby Running Club in 37:38 and Chloe Dooley in third with a time of 38:09.

Once again, the Podium 5k proved the strength of its field, however on a slightly drier evening to the last. Liverpool Harrier, Charlie Hulson, took the win in an incredibly speedy time of 14:17 in his first 5k of the year. Second to cross the line was Ben Johnson in 14:42, a 50 second PB! Only 10 seconds behind him in third was Euan Brennan of Ilkley Harriers. The event saw a cracking five people run 15 minutes or under!

The women’s field was just as strong with five athletes dipping under the 17-minute barrier. The Dutch Manchester New Balance athlete, Jip Vastenburg, ran a very impressive 16:05, claiming herself a clear win. Crossing the line in 16:27 to earn second position was Lucy Crookes of Leeds City AC. Stephanie Pennycook finished off the podium, running 16:31 for a bronze medal. Outstanding running! Ever wondered who can go faster, a human or a train? Well you need look no further than the 36th Annual Race the Train event in Tywyn, Mid Wales. This unique event for all multi-terrain loving runners is a must for your race diary. Not only are athletes racing against each other and themselves, there is also the added challenge of chasing down the train as it weaves along the Talylln Railway. The course goes out and back to the town of Tywyn and through the Welsh valleys as runners go over rocks and cambers, and through bogs.

This year’s winner of the technical 14-mile race was Alexander Lanz, in an impressive time of 1:22.26, a whole 26 minutes ahead of the train! Only 7 seconds behind Lanz was Rob Corney who was shortly followed by Mark Hopkinson in 1:23.24. This year a huge 73 people all beat the train, running under 1hr 48 mins. Les Croupiers’ Katie Beecher was the winning woman in 1:40:46, 75 seconds clear of 2:37 marathoner Hayley Munn in 2nd. Only nine seconds further back in 3rd was Carli Baldwin of Birchfield Harriers. Saturday also saw the conclusion of the World Orienteering Championships in Østfold, Norway. There were some impressive performances in what was a different environment to many of the British athletes. Kris Jones gave a full report here.

Charlie Harpur put in a solid performance to finish third at the competitive UltraVasan 90km ultra-marathon in Sweden. Based on the route of the world famous Vassaloppet cross country ski race, the net downhill trail event is super quick, and this year’s winner was HOKA ONE ONE athlete Jim Walmsley in 5:47, just two minutes off the CR.
Harpur, part of the Centurion Running Ultra Team, ran 6:09 for the trail event and said afterwards that “the Walmsley train was fast from the start, but it was a great experience running in such a beautiful area.”