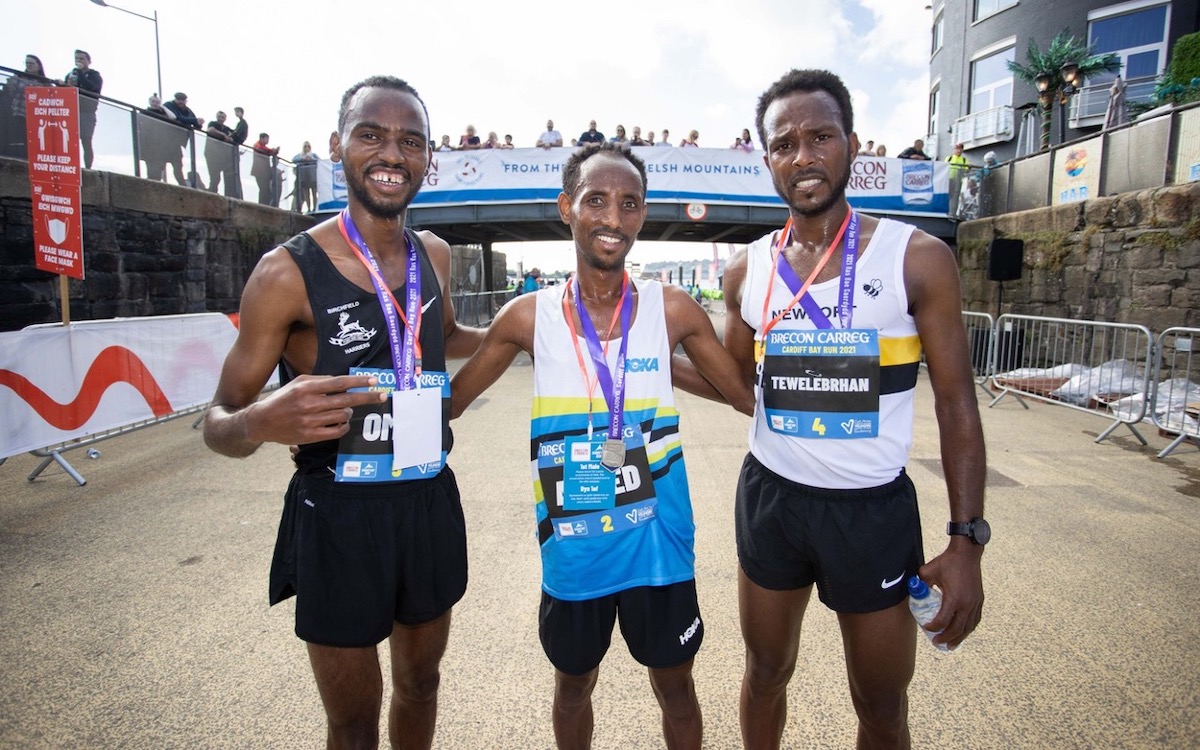 Birchfield Harriers’ Ahmed took the men’s title in style by knocking 25 seconds off Dewi Griffiths’ previous best over the distance. The Ethiopian raced through 5 kilometres in just 14:05 before streaking way from club mate Kadar Omar to finish in a season’s best time of 28:42. The time was just three seconds off the personal best he set in Telford two years ago.

Cardiff’s Dan Nash slashed 14 seconds off his PB to finish fourth in the open race and second in the Welsh Championships in a time of 30:08, beating former course record holder Griffiths by nine seconds. Pontypridd Roadent Daniel Hamilton (30:55) also set a new best as he dipped under 31 minutes.

Samuels blitzed the field to take the women’s title in a season’s best 34:37, almost a minute clear of Les Croupiers runner and new Welsh champion Alaw Beynon-Thomas (35:43), who set a new season’s best en route to taking Welsh honours. Builth and District runner Donna Morris (36:30) finished third in the main race and second in the Welsh championships ahead of Cardiff AAC’s Carys Hughes, who competed the Welsh podium in a time of 37:32. In the wheelchair event, serial winner Richie Powell (28:40) added another gold to his collection, beating out Ron Price (34:54) and Les Hamilton (38:23) to take the victory.

A sprint for the line in Rathfarnham – Irish round-up

Race preview: Brecon Carreg Cardiff Bay Run
When 7 out of 10 is perfect