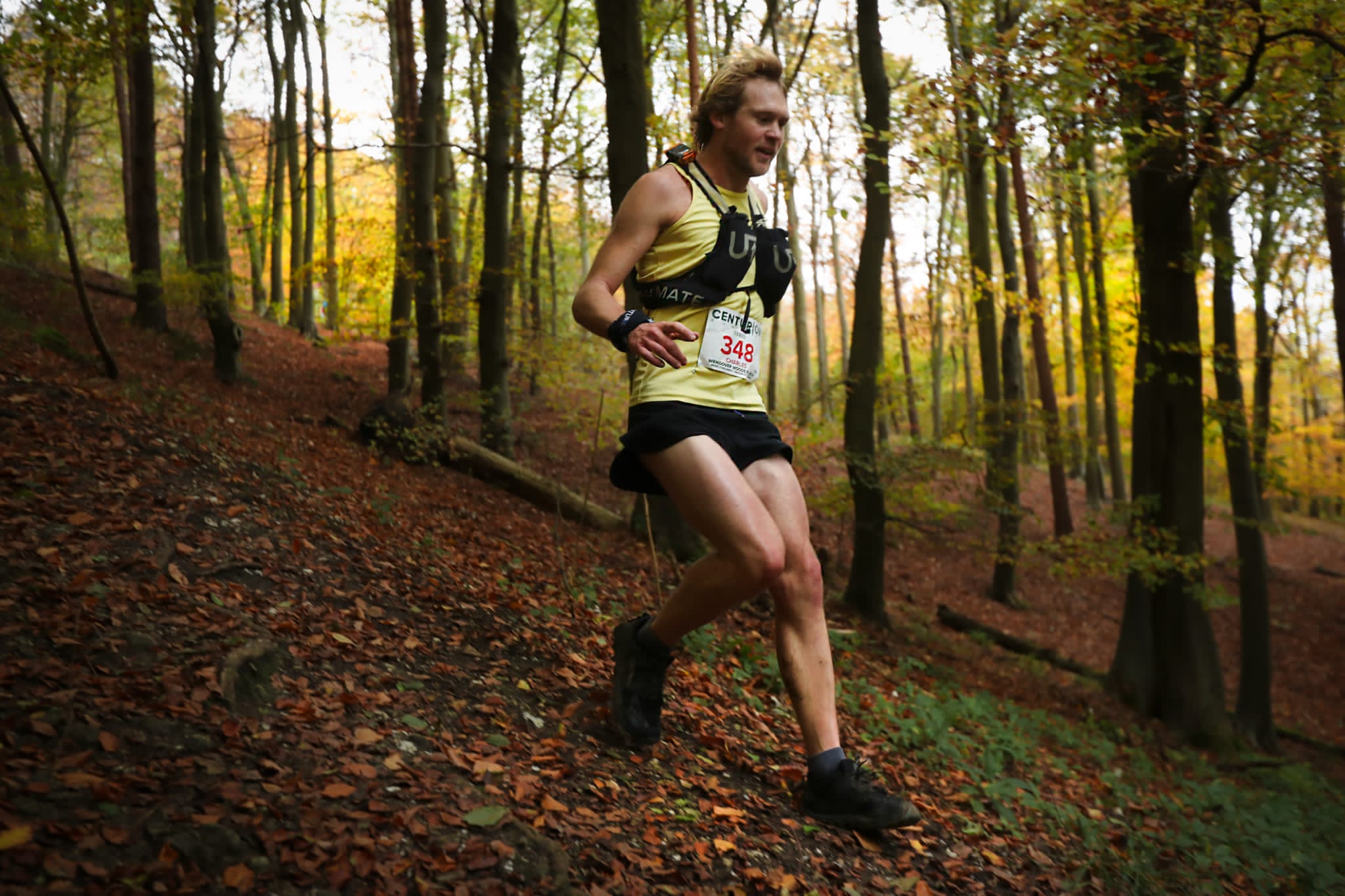 It isn’t every week that I would think to start one of my round ups with cross country action, but it isn’t every weekend that sees two national competitions take place. After a COVID-enforced break, the English Cross Country Relays made a welcome return to Berry Hill Park in Mansfield and providing some top-notch racing.

The senior women’s race went to form, with Aldershot, Farnham & District retaining their title from 2019, with a team of Niamh Brown (9:50 leg time), Lauren Hall (10:24) and Lily Coward (10:06), with Lauren and Lily recording the fastest splits of all second and third leg runners.

Shaftesbury Barnet were joined their junior men’s team in taking race victories, with a team including Henry McLuckie and Kristian Imroth finishing over half a minute ahead of the University of Birmingham (26:32).

A dominant performance by a Loughborough Students trio of Jessia Spilsbury, Harriet Bloor and Alex Millard comfortably took the Junior Women’s title in 26:19.

North of the border and to the Scottish Athletics Short Course Cross Country Championships in Lanark, where less-than-ideal conditions greeted runners as they took to the 4km course. The titles were claimed by two Olympians in Laura Muir and Andrew Butchart.

After leading from the outset, the Olympic bronze medallist crossed the line in 13:09, nine seconds ahead of a close battle for second taken by Morag Millar ahead of Eloise Walker. Andrew Butchart showed his intent from the outset and was rewarded with a 11:47 finish, ahead of Jamie Crowe (11:52) and Lachlan Oates (11:56). Ben Macmillan and Megan Keith took the U20 titles.

Natasha Cockram claimed a big win to take the LA Marathon title, crossing the line in 2:33:16 to finish well clear of Kenya’s Antonina Kwambai who finished in 2:37:35. Kwambai has a marathon best of 2:24:20 so the Welsh athlete’s performance represents a significant victory, especially coming just five weeks after the London Marathon. The highest quality domestic half marathon this weekend was the Reading Half Marathon. It’s well known to be a fast course and had strong elite fields announced.

Indeed, the two winners crossed the line with new PBs, as did a host of those behind. Omar Ahmed improved his best by over a minute with a 62:14 clocking, to finish ahead of Paulos Surafel (63:18) and Joshua Grace (65:14).

Ahmed has definitely been an athlete in fine form this year, having set new lifetime bests at every distance from 800m to 10000m on the track this summer before taking to the roads. Whilst this goes down on paper as his first half marathon of 2021, he did finish first in the Great Bristol Run before being DQed having entered for the 10k!

Paulos Surafel has also had an excellent road season, with new bests over 10k, 10 miles and the half, with his performance today a 54 second improvement on his previous best, and two minutes quicker than his race-winning time in Windsor last month.

In the third half marathon of her career, Philippa Bowden took over 90 seconds off her best set at this year’s Great North Run to cross the line in 73:29, finishing almost a minute ahead of Naomi Mitchell (74:25) who was racing for the first time since the London Marathon last month and just two seconds shy of her PB.

Rounding out the top three was Michelle Pearson, who was two seconds quicker than her PB set in May this year (74:44).

Shout out also to my training partner and club mate Andrew Aitken who ran his fastest half in a decade.

A busy day of half marathons

Continuing a tradition of races at the venue over recent months, Purple Patch Running’s Dorney Lake Half Marathon saw Tracy Barlow have a comfortable run out in 83:18 crossing the line first in her fifth race over the distance of the year, two minutes ahead of second placed Josie Hinton. At the other end of the experience scale, James Share (70:57) finished almost three minutes ahead of the rest of the field in his debut over the distance.

The Roding Valley Half Marathon, taking in the sights of Woodford and Chigwell over an undulating two lap course, saw Nick Harris-Fry and Victoria Carter take comfortable wins in 73:44 and 89:31 respectively. Whilst a few minutes shy of his PB, an undoubtedly impressive performance by the Orion athlete after a 33:33 10k just 24 hours earlier!

Moving a fair few miles north to the Hertfordshire Half Marathon at Knebworth Park, where Chris Kelly (76:23) and Lucie Cunstance (84:09) took the honours. It is good to see the V40 Clapham Chaser returning to winning ways, having topped the Fast Running Parkrun rankings a couple of times in 2019.

RunThrough continues to provide plenty of racing opportunities for those looking for a PB. Steven Hayes (33:38) and Emilia Platt (37:26) made the most of the opportunity at Saturday’s Run Tatton 10k, with results for Sunday’s half marathon not showing as available at the time of writing.

Harpur and Fawcett win at Wendover

Charlie Harpur and Rachel Fawcett claimed victories at Wendover Woods 50. Harpur covered the 50 mile trail route in 8:01:59 to see off Matthew John who finished in 8:12:07. Daniel Maloney was third in 8:52:24.

Kadar Omar takes the honour of running the fastest 10k of the weekend, thanks to his 29:42 at the Gainsborough Morton 10k. The Birchfield Harrier continues his excellent season that has included lifetime bests at 1500m on the track and 10k on the roads, with a 90+ second margin to Jordan Skelly (31:03) and William Strangeway (31:14). V40 athlete Juliet Potter’s 36:35 saw her finish almost a minute ahead of second placed Tina Wilson (37:32) for who, according to Power of 10, was competing in only her third race in two years.

Fast racing at the Middlesbrough 10k saw Lewis Gamble-Thompson and Max Creasey battle it out to cross the line first, recording times of 31:02 and 31:10 respectively, finishing over two minutes ahead of the rest of the field. A good run saw Caroline Lambert (35:12) record her fastest time over the distance since 2017 with a near-four minute buffer to second placed Kay Neesam (39:02).

New York City played host to the final Abbotts World Marathon Majors race of the year, where the five races taking place in just a 42 day period (with the Tokyo Marathon postponed into 2022). It may not be the easiest of courses, but a lack of pacemakers and time-related bonuses allowed for fascinating races. Just three months after taking becoming Olympic Champion, Peres Jepchirchir ran an impressive 2:22:39 to come within just eight seconds of the 2003 Course Record, thanks to a sprint finish over the final mile.

Behind her was a superb debut by Viola Cheptoo (2:22:44), the younger sister of Bernard Lagat, with Ethiopian Ababel Yeshaneh third (2:22:52). Molly Seidel was rewarded with a new PB (2:24:42) to recorded the fastest time by an American at NYC in its 50 year history.

After finishing second in the previous edition, Albert Korir went one better to cross the line first in 2:08:22, running solo for the last few miles.

After putting in a strong effort to lead for much of the early parts of the race, Mohamed El Araby (2:09:06) and Italian Eyob Faniel (2:09:52) were rewarded with places on the podium, with El Araby setting a new lifetime best in the process.

There were Course Record performances in Barcelona in what looked like near-perfect race conditions, except for the leading men being sent the wrong side of some barriers, leading to the somewhat surreal sight of 15 or so elite marathoners jumping over waist height metal barriers. With impressive breaks from the respective packs in the closing kilometres, Tadu Teshome (2:23:53) and Samuel Kosgei (2:06:03) took the titles, with both setting new lifetime bests.

Istanbul is unique in that it is the only marathon to take in two continents, and finishes with a brutal climb in the penultimate kilometre. That climb proved to be decisive as Sheila Jerotich (2:24:15) overhauled Kenyan compatriot Jacqueline Chepngeno (2:24:21) to break the finishing line tape. Victor Kiplangat (2:10:18) did similar amongst the elite men, with the top four separated by just ten seconds.

Finally Tom Anderson clocked a fine 62:32 at the Indianapolis Monumental Half marathon in the states.