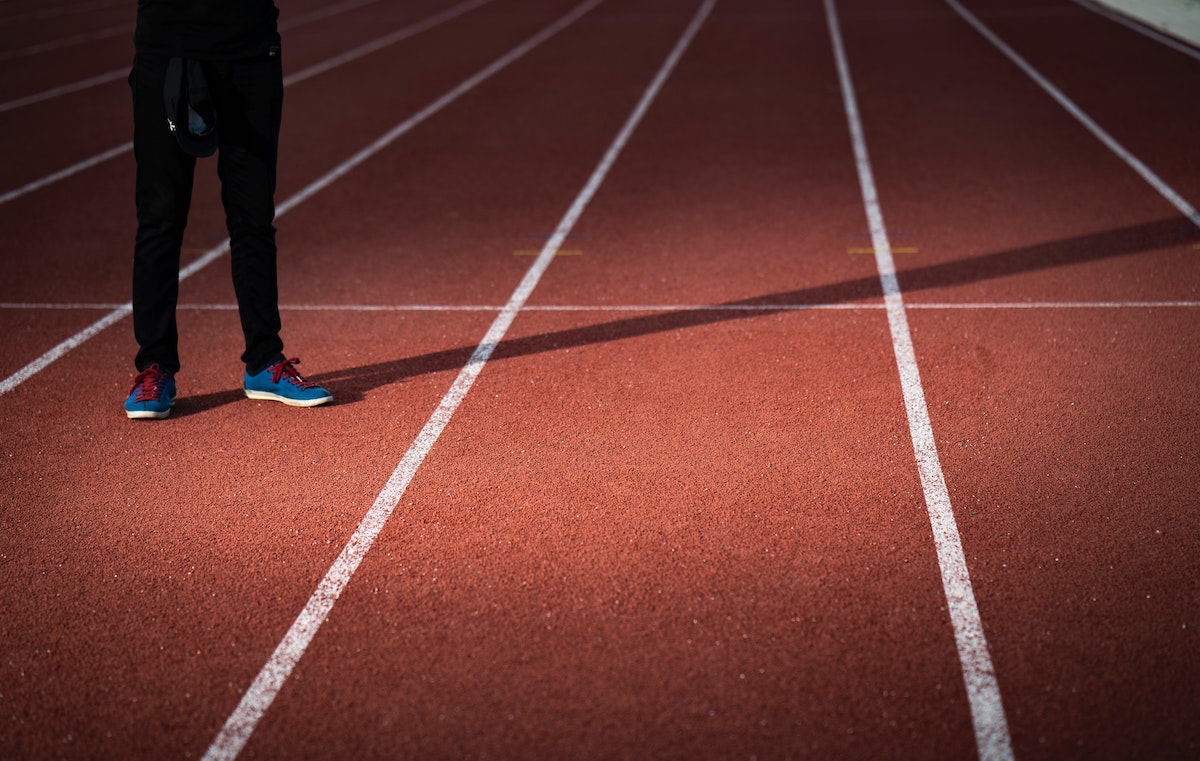 I blame Jeremy Harries. The highly experienced Preston based coach, whose leading elite luminaries included developing the likes of John Nuttall and Helen Clitheroe (both well established at top flight coaching in their own right) had become a leading light in England Athletics coach education and was grilling me on “my coaching philosophy”. A heavy matter.

We were seated in the cafe at Lee Valley Athletics Centre, still not fully recognised as a leading hub in western intellectual development but nonetheless a brilliant hotbed of fast twitch fibres. Although not at our table.

He was pulling apart my third draft. I should have said “Jeez Jezza, it’s just about helping some runners get from A to B a bit quicker and they and I have some fun amidst all the hard graft in the process.

If you want true philosophy then then get a PPE degree from Oxford, become a cabinet minister and tell people to stay at home and wash their hands a lot. You’ve had fricking months to tell me to ditch my Pfitzinger and Douglas and Bud’s session plan notes, and to sort out Plato and Voltaire. Why now?” I didn’t say that though, I wanted not to alienate myself more than was necessary

The Who, Why and How

What he was trying to tease out was the WHO one is as a coach; which will lead neatly into WHY one coaches, in the round ; and the HOW you go about doing what you do to achieve your objectives.

Yes, yes, the person who suggests you bang out a session of 5 sets of 1200 and 400 metres with a miserly recovery between reps and a Scroogeish break between sets may be either a very reserved humble altruist or have a monstrous ego largely channelled to gouging whatever cash is available in the sport, but how that person has evolved their coaching will probably have some influence on how you do and respond to that session, never mind how you fulfil and enjoy yourself in the sport. For the better, in most cases.

Endurance coaches are a really diverse bunch. The whole span of arts mixed with science probably goes a long way to explaining this; nobody is blocked by having the “wrong” background, experience or qualifications. On the surface, in the UK currently, it is disproportionately white and still predominantly male, but drill into the characters, and it’s a full array of humanity, like The Canterbury Tales but with much more accurate watches and less angst about the Pope.

Your host Mr Craggs, the doyen of EA endurance webinars (well it’s good to be a doyen at something) raised on air the question of whether ‘philosophy’ was really a suitable word for something as, relatively, narrow as running coaching. It’s like having a philosophy about Belgian buns, or shoplifting. He didn’t say that in the webinar, to be clear. Just as well really when the subject was Aly Dixon’s tempo sessions.

Because the sport is athlete focused, we are all aware that to get to the kernel of the athlete’s motivation we want rather more than “I’m really keen to improve ” or ” I want a few more ground records on Strava”. (Though if you get the 3000m ground record for the Rieti track, that should cover off the high motivation point). It will in all likelihood be a medley of factors, some weighing more heavily than others.

So a coach who offers the time worn cliche about “putting something back into the sport” is likely trotting out the baseline, but rarely the full shebang. The specifics of coaches’ motivations and objectives vary immensely across the sector. Once you become heavily committed in it, it can soon become about trying to keep some balance in what is by most standards an unbalanced life.

Yup, like the runners themselves, particularly the ones who will casually refer to 60 mile weeks as ‘just ticking along, not really training for anything particularly’. Arguably male coaches are most vulnerable to this unbalancedness, what with our genetic inability to multi-task.

Is there a message here? Perhaps that for runners being coached it might be enlightening at some stage to learn a little about what makes your coach tick. Their Philosophy even.