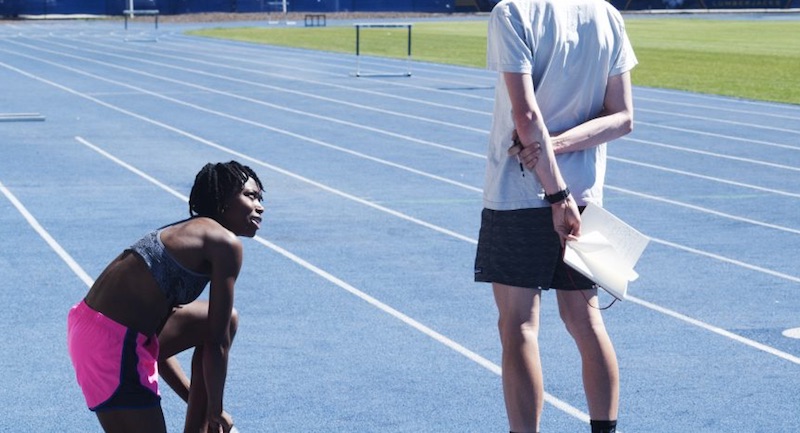 It’s one of those annoying quasi-philosophical questions, like the one about whether a tree makes a noise if it falls in the woods and no one is around (though if you are really fussed about that, seek work as a lumberjack and do loads of unpaid overtime, and book forestal holidays).

It’s annoying because as soon as the question is out you know the answer isn’t either or. But broadly, might you expect your coach to be wearing a white coat, gazing into a test tube and having a cow if your splits aren’t provided to at least two decimal places?

Or would you prefer someone in a camel’s wool kaftan, feverishly seeking a quote from celebrated long distance off-road walker and sometime minor verse writer William Wordsworth on the spiritual uplift that a half marathon PB might provide?

No clues from me, save to say that at school I played truant to avoid Double Physics. Here are some coaching greats who may shape your views.

It seems only sensible to start with eminence gris Bud Baldaro. No doubt numerous readers have had loads of support and insights from him over the years. One quirky memory is of the downtime at an Algarve training camp for runners and coaches trying to reach their errm full potential.

Whilst some of us discussed English regional geography (“Met League strength in depth just pi%es over Surrey League or Birmingham League”) or indulged in light irony (“ I never doubted that the old Bourton 10k was accurate”), Bud ploughed through the latest biography of Jane Austen. In hardback. Then there is Coach Anon, someone whose massive influence in British endurance is at the opposite end to his most elusive online presence or indeed Power of 10 profile. One of his many inimitable quotes was “You can tell that the Japanese Junior Women ran their bollocks off in the Junior Women’s race. Because if they hadn’t, they’d have had to be in the Junior Men’s race”.

He once preferred a seminar on The Three Ages of British Marathoning which several (the writer included) found hugely helpful and inspiring; and some others said was the most demotivating coaching advice they had encountered. Horses for courses.

Moving into Europe, (ah, there’s a phrase) we have Antonio Serrano, now the go-to coach for many elite Spaniards, who made a very driven and successful transition from elite runner (first Spaniard to dip under 2.10 at marathon after a strong track and cross career) to national coach.

His book of memoirs, advice, and insights (not yet translated into English and maybe don’t hold your breath on that point) is, above all, memorable for the people, the experiences, the rites of passage through life as a runner and coach, as it is for any technical gems – though it has these too; some scarily long reps for 10k specialists who want to stay happy after 7k.

Perhaps strangely, one of the most memorable coaching behavioural insights I’ve had was when I largely disagreed with the underlying basis of the content. It was when the late Gordon Surtees was given a lifetime recognition award by the British Milers Club.

The main point he conveyed was that the current crop of British long distance male athletes (specifically not the women, and not middle distance) were underperforming. The way he presented – for 70 minutes – was extraordinary; he had no notes, no prompts or any form written presentation.

He simply spoke, no hesitations, no ramblings, all to the point and all from someone very close to 80 years old at the time. Perhaps paradoxically, it was the total absence of anything other than his own voice and reflections that made the talk so dynamic and compelling. What do they say about Perfect Practice?