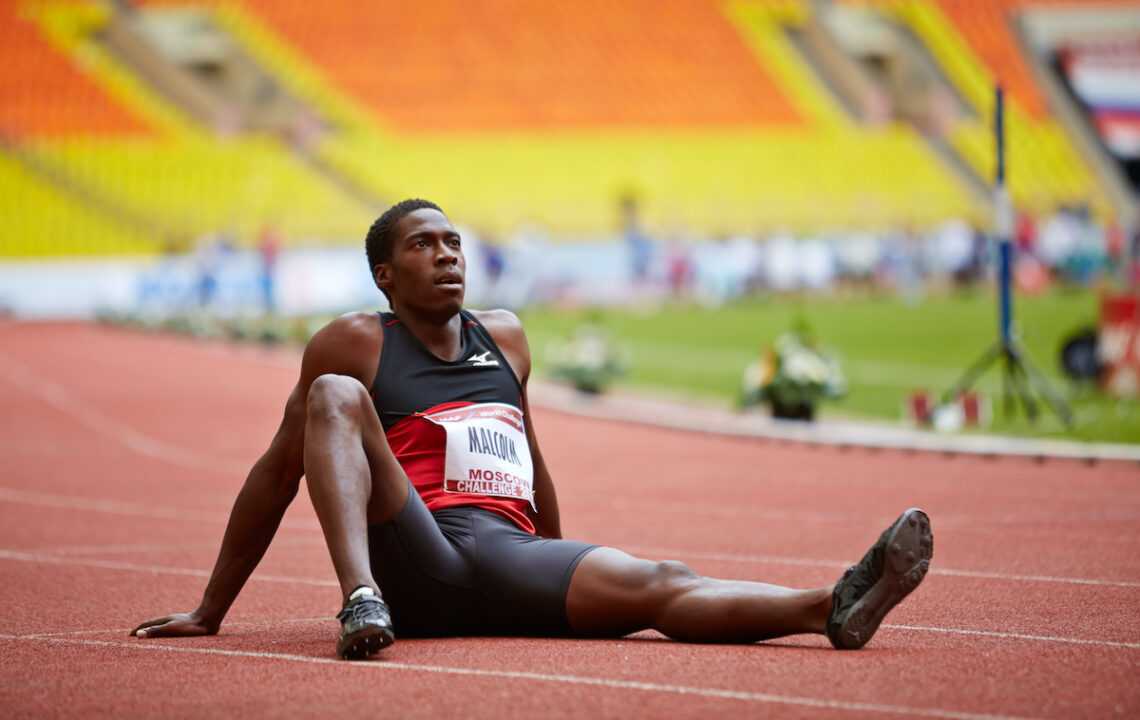 Malcolm has been Head of Performance and Coaching at Athletics Australia since January 2019. As Head Coach Malcolm will work alongside athletes and coaches to support performances across all disciplines and event groups, as well as lead the Great Britain & Northern Ireland senior teams at major championships.

Following an impressive competitive career from which he retired in 2014, Malcolm had previously been British Athletics technical lead for sprint relays, a position he held from March 2015 to December 2019. The highlight of that was the double sprint relay medals won by the 4x100m teams at the home World Championships London 2017. The women’s team won silver, whilst the men’s 4x100m team won a global gold sprint relay medal for the first time since the Athens Olympics in 2004.

This achievement saw Malcolm named jointly Coach of the Year at the 2017 BBC Sports Personality awards, alongside Stephen Maguire and Benke Blomkvist. As a coach to individual athletes he has also enjoyed success in the para athletics programme, most notably in his role as a Performance Coach at Disability Sport Wales for just under three years. He coached Jordan Howe to T35 100m silver and Rhys Jones to a personal best – finishing fourth in the T37 100m – at the World Para Athletics Championships London 2017.

Before his 2014 retirement Malcolm had represented Great Britain & Northern Ireland to the highest level. His World junior sprint double gold in 1998 heralded his credentials to the sport, going on to compete in four Olympic Games. With European Indoor gold and silver, World Indoor and European Championship silver, Commonwealth silver and bronze, as well as two World bronze medals as part of the GB & NI 4x100m relay team, his competitive career has certainly helped underpin his success in the coaching ranks.

Christian Malcolm said: “Words can’t describe how excited I am to have the opportunity to take this role on and be part of a new start for British Athletics. As an athlete I knew I wanted to give back to the sport when I finished competing.

“In all my coaching and advisory roles so far, I have wanted to help athletes avoid the errors I made and support them and their coaches to get the best out of themselves. I’ve worked with some world class coaches throughout my career whilst competing, as part of the GB relay set up and whilst at Athletics Australia. They’ve all helped me to grow in various ways, but I know my first coach Jock Anderson would have been the most pleased to see me take this role and use all that he taught me about helping athletes prepare.

Under the new leadership of CEO Joanna Coates British Athletics has made a commitment to a more open culture. The appointment of Malcolm and the recent appointment of Sara Symington as Performance Director is a strong symbol of this intention. Coates said;

“I’m very excited to be re-joining British Athletics at this time. Jo (Coates) and Sara (Symington) have a great outlook as to what the sport can achieve from playground to podium. There is a new energy and drive and I’m looking forward to helping athletes and coaches towards success in Tokyo, Paris and beyond.”

“I am really pleased to appoint Christian to this role. His credentials are numerous but most impressive was the energy and vision he had for the Head Coach role during the recruitment process.

“The panel were incredibly impressed by both his technical knowledge and approach to high performance – putting the athlete first, championing welfare and also a change in culture that will really enhance the World Class programme.

“Alongside Sara, Christian will bring a fresh new approach to the performance team as we head towards Tokyo and future Olympic cycles.”

With questions still remaining surrounding the close relationship between British Athletics and the Nike Oregon Project it will come as no surprise that the new appointments do not come from an endurance background. The British Athletics Championships are set to take place this coming weekend with endurance fields missing some of the top ranked athletes.

Whether there will be an overall endurance lead to replace the role previously undertaken by Dr Barry Fudge or whether there will be event leads or some other new endurance structure remains unclear. However many in the endurance community have been clear on the need for a shift in culture at British Athletics and will no doubt hope that the new energy and drive Joanna Coates mentions also extends to the endurance programme.

The SOAR Running weekend roundup
10,000m Legends Under The Radar?