Cherono & Bekele race as Brits battle for World Half qualification 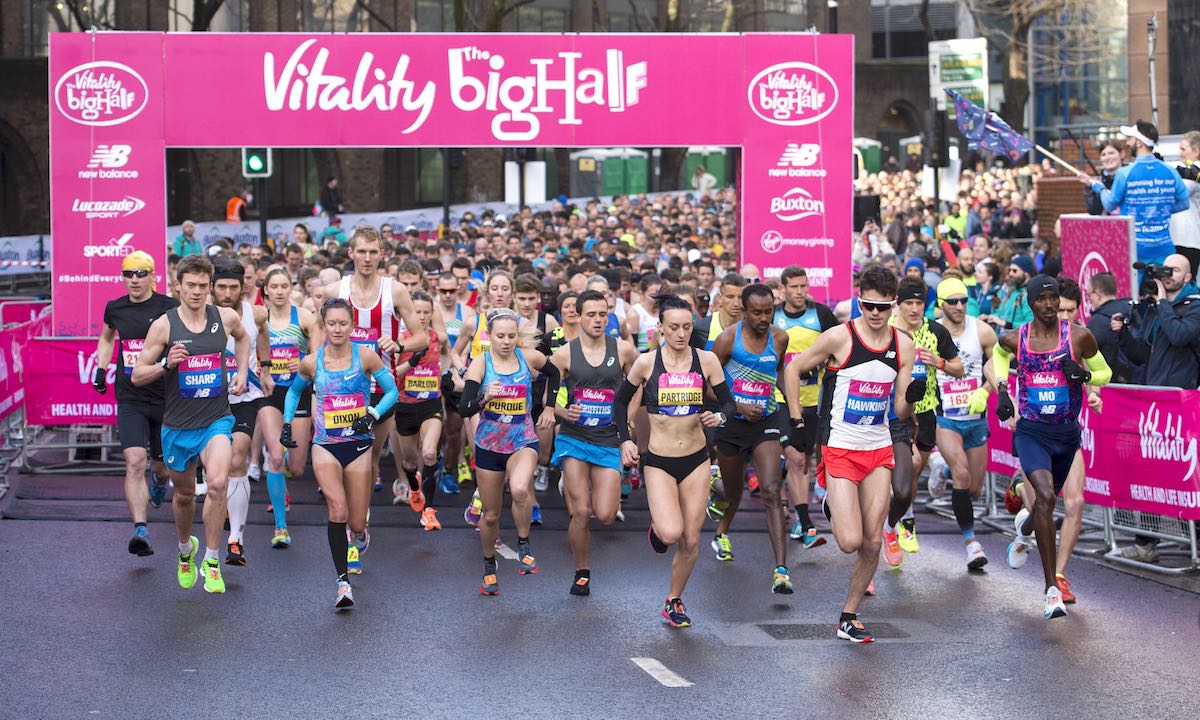 Kenyan Cherono will represent Kenya at the 2020 Tokyo Olympics and won both Boston and Chicago marathon’s in 2019 and has a fantastic winning record over the 26.2 distance.

Ethiopian Bekele needs no introduction and is widely considered the greatest distance runner of all time. Whilst that can be argued he is certainly a favourite amongst running purists, a three time Olympic gold medalist and multiple World XC Champion. He narrowly missed out on a marathon world record last year running 2:01:41 at Berlin Marathon.

Kenenisa Bekele faces Eluid Kipchoge in the London Marathon and Cherono will be back to defend his Boston title earlier in April.

Brits battle for World Half vests

British Athletics will be looking to pick a team of five men and five women to race in the World Half Marathon Championships in Gdynia, Poland on 29th March.

Head to head in women’s race before VLM

Many of the contenders pushing for Tokyo 2020 marathon vests will line up on Sunday. Despite the likes of Steph Twell, Jess Piasecki, Charlotte Arter and Charlotte Purdue being absent from the published line up we will get the see the current form of Lily Partridge, Steph Davis and Hayley Carruthers.

Partridge is the fastest athlete in the field on paper and has returned to some strong form after a 2019 hit by injury. Having recently moved to Birchfield Harriers Partridge finished 3rd at the recent EDP Medio Maratón de Sevilla in 71:31.

Hayley Carruthers is always a name to watch over the half marathon distance the Birchfield Harrier set a best of 71:03 at the Great North Run in September. We are excited to see the rapidly improving Samantha Harrison race. Having set a PB of 71:43 at the recently Barcelona Half Marathon she will be a strong contender for one of the automatic spots on the team.

Steph Davis will also attract a lot of attention after her stunning 2:27:40 marathon in Valencia. She will be looking to make a serious revision to her half marathon best of 72:57 and will so be amongst the overall favourites.

Eleanor Whyman-Davis is another of our ones to watch for the race with a best of 72:34 we feel she could be considered a real contender for the team. In a strong field of British women the likes of Clara Evans, Rebecca Murray, Jenny Spink and Dani Nimmock will ensure it will be a highly competitive team on the plane to Poland.

Both the men’s and women’s competition will be tight. For the men Ross Millington, Mo Aadan and Jake Smith will line up amongst the favourites and they can expect strong challenges from the experience of Chris Thompson, Derek Hawkins and Andy Vernon. Millington will be running his first half since the 2017 NYC Half and many will be interest to see what shape the talent Stockport man is in.

We expect that Fast10 members Ollie Lockley and Jack Gray will be in the mix after both had excellent half marathon performances at Valencia Half in October. Another athlete who has been in fine form over shorter distances is Adam Clarke, with a 10km best of 28:38 set in December his speed will make him a contender.

Sub 2:15 marathon men Josh Griffiths, Robbie Simpson and Charlie Hulson will be looking to capitalise on their endurance and excellent 2019 performances and it is great to see Dewi Griffiths returning to regular racing.

Paulos Surafel is gradually building experience over long distances and is an exciting talent for the future, and another athlete who will look t make a serious revision to his current PB. Jake Smith on his way to a PB in Paris

Editors note: Elite fields as publicised on race website – there may be additions or withdrawals.