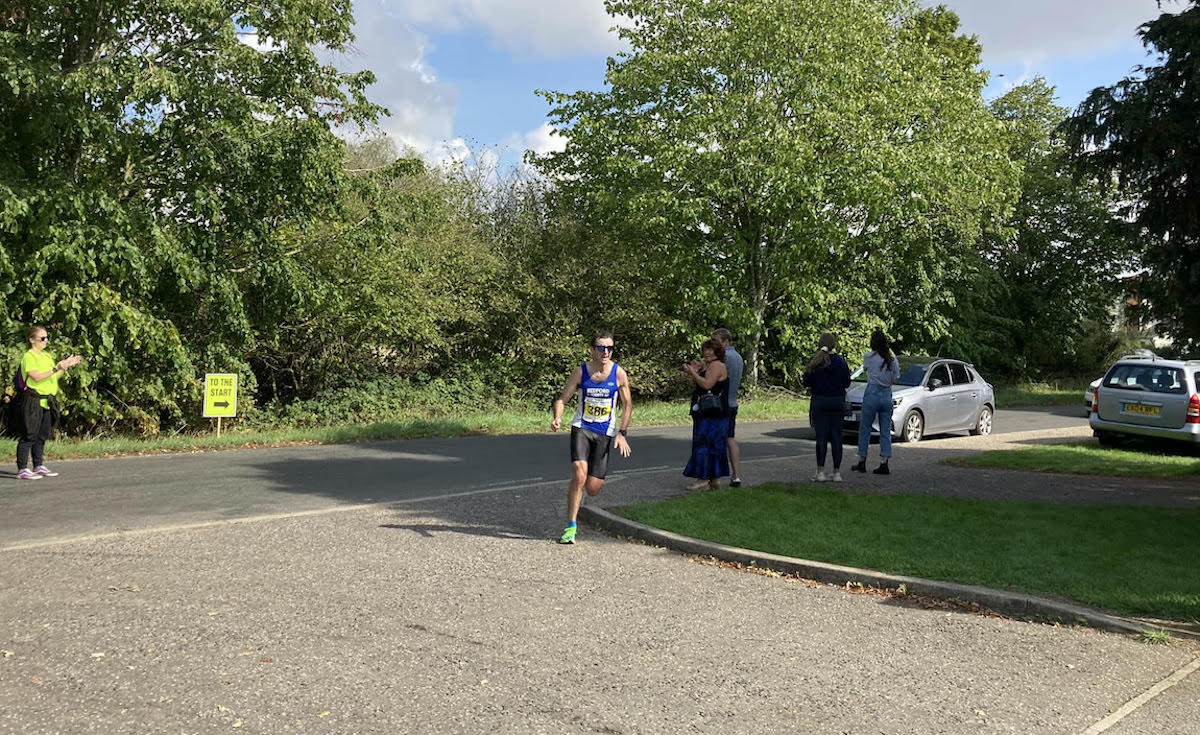 Pleshey Half Marathon hosted the Essex Half Marathon Championships on Sunday 11th September with a competitive line-up for both men’s and women’s races. Words: Scott Darnet

The race was started at 10:30am shortly after a minutes silence dedicated to Queen Elizabeth, and whilst warm, there was a gently breeze which helped keep the runners cool.

£100 was up for grabs for anyone who broke the course record and Rebecca Bunting (London Heathside) duly obliged by taking the ladies win in a new record time of 78:40. Juliette Watkinson (Wymondham AC) managed cling on to 2nd place in 83:16 ahead of the first Essex Finisher in Heidi Hogan-Steele (Colchester Harriers) who completed the podium to finish 3rd in 83:36. It was a welcome return to racing for Scott Cousins (Springfield Striders) after an injury spell and he led the men out early doors. However it was not enough to claim the win as John Eves (Bedford & County) reeled him in and won the race in 68:47 but sadly no course record bonus for John. Scott Cousins managed to hold onto 2nd in 69:29 ahead of Springfield Striders team-mate Pete Robinson who rounded off the podium in 69:49.