British talent racing on the roads around the world – weekend roundup 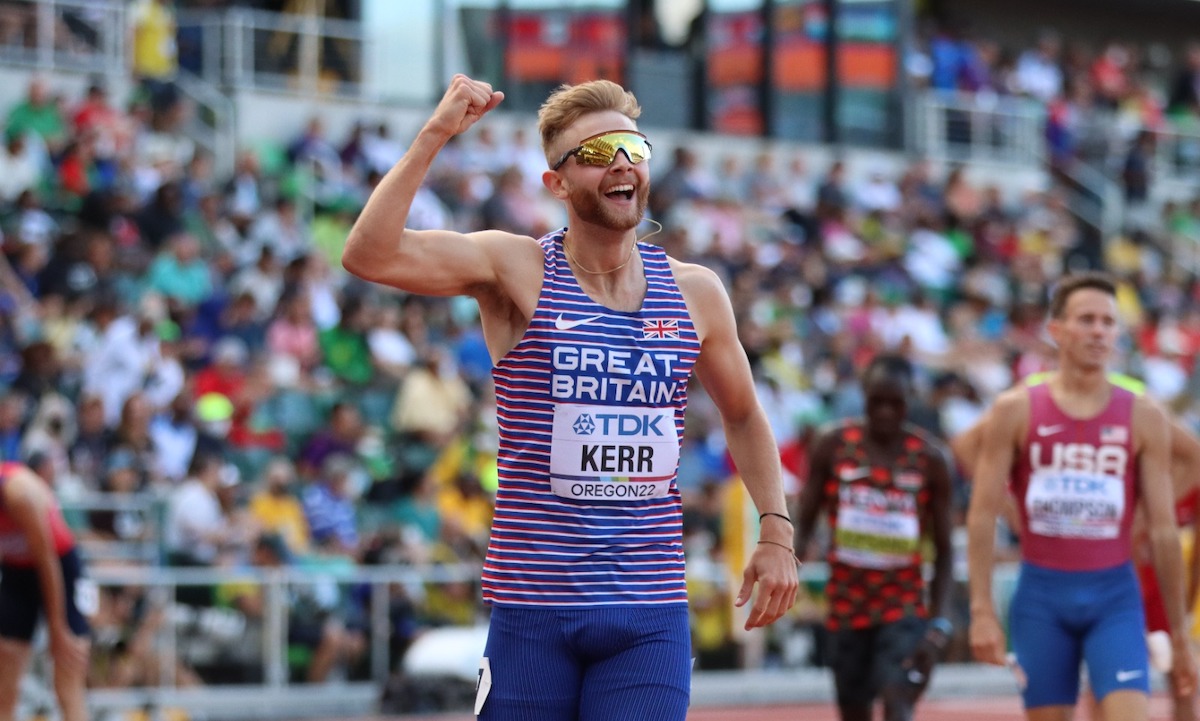 Pre-Christmas racing sees some top notch results from around the world and some surprisingly fast times at home, given icy conditions.

We’re going to kick things off with Josh Kerr, a familiar name in Fast Running, but perhaps not over this distance! The Scott ran a superb 63:44 at the San Diego Half Marathon to place fourth. That’s the 4th fastest half marathon for a Scottish athlete this year, pretty impressive for a 1500m runner!

Also finishing her year with a bang – Steph Twell had a great run at the Corrida pédestre internationale de Houilles 10K in Houilles, France. She placed fourth in a punchy 32:14, her third fastest time ever over the distance. Elle Twentyman was ninth in 33:28 and Hannah Viner tenth, just two seconds later. Tessa McCormick was 13th in 34:03 and Emily Moyes 14th in 34:10. Meanwhile, Phil Sesemann  was 19th in 28:51. Kieran Clements ran 29:03 for 25th and Ian Crowe-Wright 29:48 for 54th.

Eilish McColgan rounded out a stellar year by winning the Abu Dhabi 10K in convincing fashion, clocking 31:44 (and 21st overall) ahead of Australia’s Chloe Tighe who finished nearly four minutes later in 35:41. Aghaude Amadi was the top GB finisher in the men’s race, running 36:25.

Perhaps our favourite result of the day comes from the brilliantly named Bangsaen21 The Finest Running Event Ever 2022  in Thailand. Charlotte Purdue was on her way through to Australia so hey, why not race a jet-lagged half marathon. Who wouldn’t? Oh, and she finished in 72:26 and sixth place. The race wasn’t as niche as you might expect though, as the winner was one Hellen Obiri (in 67:45) and had a generally strong field.

Back on home turf

Ossain Perrin clocked 8:04.09 over 3000m at the Cardiff Met Christmas Classic. Great to see the U20 GB record holder on his way back to fitness.

After qualifying for the world u20 championships back in mid June, I sadly had to cut my summer season short. Big thanks to coach and physio @andy_walling and @WelshAthletics for the rehab and massive thanks to the local leisure centre Plas @Mon_Actif for the support. pic.twitter.com/q1ehNf7LYo

A remarkable night at Friday Night Under the Lights at Battersea Park. With the UK in the grip of the Big Freeze, 108 athletes still came to race.
Congrats to Henry McLuckie and Dani Chattenton for their wins in 23:37 and 27:45.
Image by Graham Smith.https://t.co/bLrcY2kTbv pic.twitter.com/iQMSFk0X3z

Over the same distance, the Kent Christmas Cracker 5 Mile was won overall by Rachel Mcguinness in 29:05 with Jay Bailey runner up in 30:21. The Christmas Pudding Dash 5 Mile went to Michael Stenning in 26:09 and Ivy Buckland in 32:19.

On Wednesday the Street 5K Series, continued with around 70 runners taking part. Alexander Coombs was man of the night, clocking 16:30, ahead of Wayne Loveridge in and Sophie Nicholls in 17:08. Audley Festive 5k wins went to Ben Bewley 18:56 and Alice Thomas 22:28.

Jamie Pond took a clear win, breaking the tape in 18:31 at RunThrough Chase the Moon Olympic Park 5K . Victoria Primmer’s 20:30 earned her the women’s title. On Saturday the Draycote Water Running festival had some patchy ice to contend with, but that didn’t stop Chris Wilson (18:20) taking the 5K title alongside Katie Master (21:53 and third overall). Adam Fogg was over three minutes clear at the front of the 10K, clocking 31:04 and Rosanna Andrews was winning woman in 38:46. Over the half marathon, 1:45:25 saw Lucy Tallis first woman home and 1:14:52 for Pete Northall in the men’s race.

Lancaster ACs Power of 5K, The Gravesend Floodlit 10K and the Run Through Victoria Park races had to be cancelled but the Ronnie Walker Saltwell 10K in Gateshead was lucky enough to avoid prohibitive-ice-levels, leaving Sophie Harris to take the women’s crown in 35:59 ahead of Aly Dixon (37:30) and  Caroline Lambert (38:07). Top man was Will Lindsey in 33:05 and runner up spots went to Conrad Franks in 33:07 and Daniel O’Boyle in 33:14. The runners standing on top of the podium after the Cardiff Festive 10K podium were Nynke Kuiper with 38:18 on the clock and Andy Gardener with 35:04.

In Cross Country news, Tonbridge AC topped the table at the South of the Thames XC Champs, storming home with an 80 point lead over Guildford and Godalming. For the women, Belgrave Harriers beat Herne Hill by 66 points, thought sadly there were only two scoring teams. Individually, Ben Cole of Tonbridge AC ran 38:29 for the men’s victory. Clubmate Alex Howard was hot on his heels in 38:36, followed by Brighton and Hove’s Josh Hobbs with 38:39. Aldershot’s Georgie Bruinvels led the charge for the women, racing home in 45:00. Thames Hare and Hounds took the runner up spot thanks to a 46:10 clocking from Serena Carter and Belgrave nabbed third as Naomi Lenane ran 47:08.

Berkshire County XC Championships saw Samuel Thompson of WSE&H first home in 26:08 and clubmate Jemima Ridley in 22:20. Team wins went to Reading AC for the Senior Women and Bracknell AC for the Senior Men. And finally, at the time of writing Phil Briley was 7th and 207,200k into the Barcelona 24 hour race.