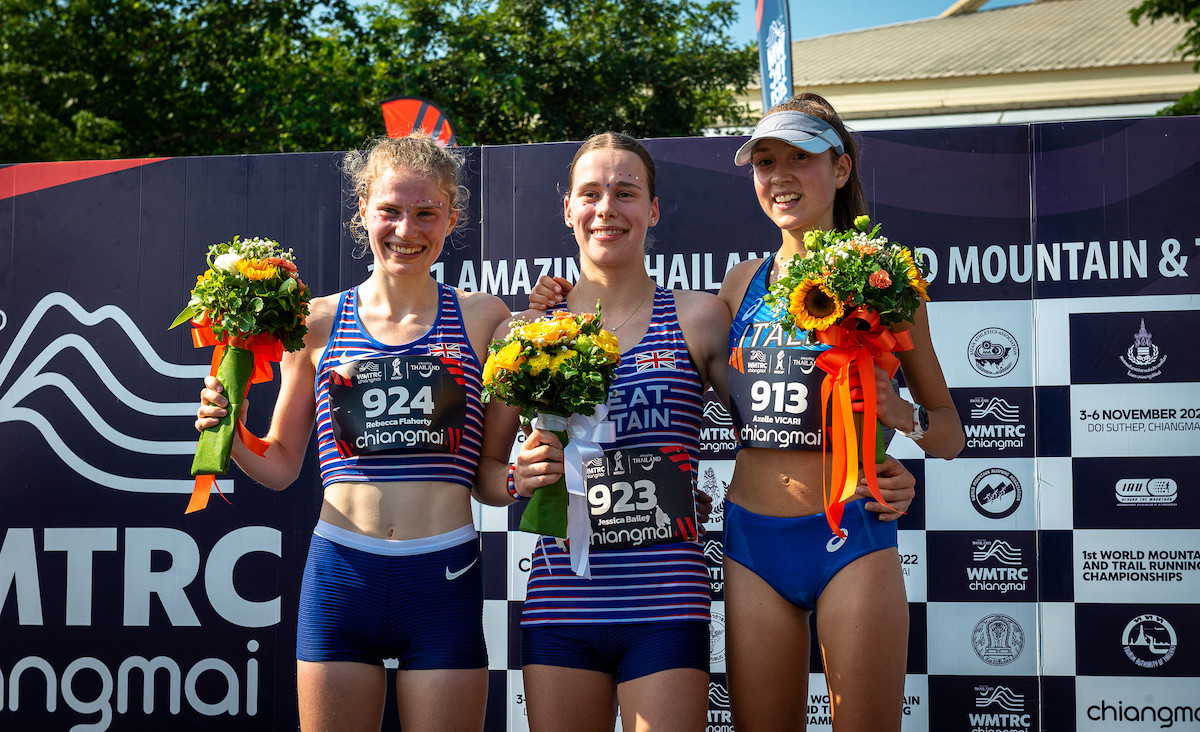 James Rhodes brings you all the action from a busy weekend

The English Cross Country Relays in Berry Hill Park in Mansfield provided plenty of action and excellent racing, with some of the country’s best athletes battling it out for their club, alongside some athletes making a welcome return from injury.

Despite some fast legs from a number of teams, there was a commanding victory in the senior men’s race for Leeds City, finishing with a 48 second margin on the rest of the field (61:30). Their quartet comprising David Mullarky (15:16 split), Phil Sesemann (15:25), Graham Rush (15:47) and Emile Cairess, the latter recording the fastest longer-leg split (15:03), ran well to finish ahead of Cambridge & Coleridge (Callum Elson, Tom Keen, Jack Gray and Jonathan Escalante-Phillips), who themselves finished just five seconds ahead of Aldershot, Farnham & District (Ben Bradley, Ricky Harvie, Ellis Cross and Joe Morwood).

The fantastic return to form of Gemma Steel has seen the Charnwood athlete deliver some excellent performances on the road and cross country, and Saturday saw her anchor the Charnwood trio to the win in the senior women’s race. Taking to the course after Mia Atkinson (9:49 split) and Hannah Nuttall (9:41, the fastest leg of all competitors), Gemma’s 10:04 leg saw Charnwood finish 35 seconds ahead of a Leeds Wellington team of Rochelle Harrison, Sophie Wallis and Abbie Donnelly). The top-three was completed by Aldershot, Farnham & District (Nancy Scott, Kate Estlea and Steph Twell).

It was encouraging to see Max Burgin and Sarah McDonald make a welcome return to racing in Mansfield, the latter in only her second race since the 2019 World Championships.

U15 boys on the start line at the ECCA relays pic.twitter.com/jjmpF7hfU3

From Mansfield to mountains. Those in Chang Mai in Thailand, to be precise, which have played host to the inaugural World Mountain and Trail Running Championships over the past three days.

It has been a Championships to remember for the British team, with plenty of success both individually and in the team competitions. It would be remis of me to not start with the Junior Up & Downhill Mountain Race, where Jess Bailey and Rebecca Flaherty delivered a superb one-two to take gold and silver over a 6.4km course with 224m of elevation gain. Jess (26:27) finished well over one minute ahead of Rebecca (27:45), with teammates Ellen Weir fourth (28:28) and Emily Gibbins 18th (31:49). With three to score, it was a comfortable win for the team title.

Fancy running 8.5km and climbing over 1,065m? That’s what was awaiting athletes on the first day of the Championships in the Uphill Mountain Race. It was a course that suited the British women, with eleventh, fourteenth and sixteenth place finishes for Scout Adkin (59:45), Ruth Jones (1:00:54) and Holly Page (1:01:46) respectively providing a team silver. They were joined by Kate Avery who ran well to finish 20th (1:02:16) in a race comfortably won by American Allie McLaughlin.

Over double the distance and double the elevation, the best performances in the Long Trail Race came from Harry Jones (7:54:10 11th) and Katie Kaars Sijpesteijn (9:47:35, 29th).

Back to the Mud

Returning to the cross country but moving to Scotland and the Lindsays Short Course XC in Kirkcaldy, where there were victories for Megan Keith and Ben Potrykus in the respective senior races. Impressive performances by both, as the two fields were subject to record number of finishers at 260 and 484 respectively.

It was a close finish in the senior men’s race, with only five seconds separating the top-three on the 4km course. Ben Potrykus (11:11) crossed the line just two seconds ahead of Tom Graham-Marr (11:13), himself only three seconds in front of clubmate Ben MacMillan (11:16). It was a different story in the women’s race, with Megan Keith (12:34) finishing 24 seconds clear of Kirsty Walker (12:58) and Jenny Selman (13:01).

As in Mansfield, it was good to see some returns from injury including for Erin Wallace, her first race since the World Indoors in March.

A number of races are yet to publish results at the time of writing but, dare I say it, it feels a bit quieter on the road racing front this weekend. That’s not to say there are no competitions to bring you!

RunThrough continue to provide racing opportunities, including at both Victoria Park and Tatton Park this weekend. In the Run Tatton Half Marathon, it was the turn of Natasha Convey (86:00) and Luc Burnip (73:14) to take the wins, with the associated 10k going to Omar Ahmed (30:34) and Philippa Stone (35:04).

Ending Across the Pond

I am typing this not long after watching the New York City Marathon, where debutant Sharon Lodeki (2:23:23) and Kenyan compatriot Evans Chebet (2:08:41) took wins in unseasonably hot weather on one of the more challenging major marathon courses.

That was not the only racing action of the weekend in the States. On a course that concludes at the marathon finish line, Holly Archer was victorious in the open division of the Abbott Dash to the Line 5k with 16:12 (the race also included the USA 5k Champs). The highlight, however, possibly sits with Tom Anderson taking victory in the Indianapolis Monumental Marathon Half Marathon (63:34), his first outing over 13.1 miles this year.

Congratulations to our Half Marathon winners!

The university cross country competitions continue, with a number of Brits taking to their spikes. There were wins for Wirral’s Ellen Mary Kearney (17:29 over 5k) and Bryn Woodall of Colwyn Bay (24:27 over 8k) at the Appalachian AC Cross Country Championships in South Carolina, with Belgrave’s Will Stockley second (24:40).

Running for Missouri State, but Newark when at home, it was second also for Amber Owens at the MIAA Championships, completing a 6k course in 20:51, whilst Grace Burrell took third at the South Atlantic Conference Championships in North Carolina (22:21 over 6k). Finally, after a strong summer in the UK that included breaking 14 minutes for the 5000m for the first time, Cameron Allan finished fourth at the RMAC Cross Country Championshipsin his third race for Adams State Uni.