British elites do their bit for TwoPointSixChallenge 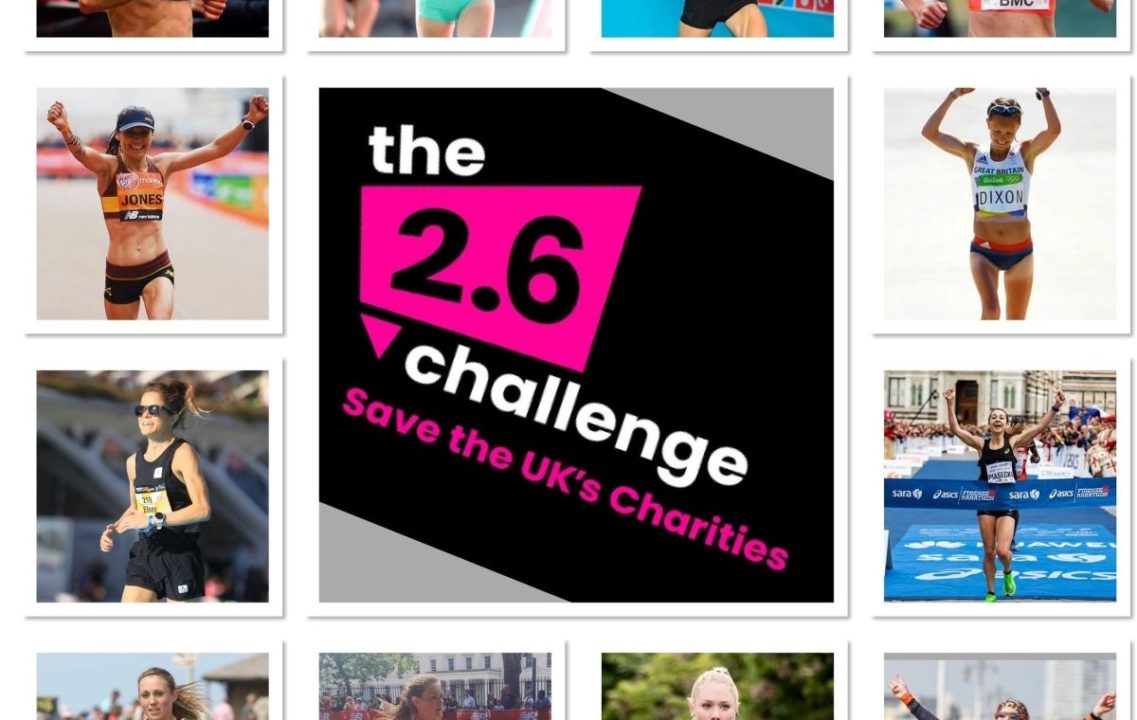 The weekend roundup today would have been one of the most anticipated of the year, with the results of the London Marathon providing a new British Champion and confirmation of the GB 2020 Olympic team.

Instead social media is awash with #throwback photos. But the lack of a competition is just a small impact from the delay of the 40th edition of the race.

Elsey Davis, a doctor and 2:33 marathoner was ready to run her heart out this Sunday. Instead she and 11 other elite ladies are running a 2.6mile “relay” for charity.

Initially her idea was to get the 2020 elite lineup to go for a record – she says, “A lot of us put loads into getting to this race. There’s been a big build up to it and everyone has been in amazing shape and it’s quite gutting.

Obviously in the bigger picture it’s not that important but to our little world it was. Initially I was quite keen on doing it as fast as we could and go after the world record between us but a lot of athletes are, quite rightly, taking their foot off the pedal a bit and aren’t keen on bashing out a time trial.”

Instead the group, a mixture of past and present London Marathon elite lineups will be carrying out their 2.6 miles in a variety of ways – Birchfield Harriers’ Hayley Carruthers is cooking up a plan for a 260 meter fartlek, while Elsey herself will be doing hers with a rucksack full of scrubs on her way into an overtime shift on a specialist Covid-19 ward.

This weekend myself and these amazing girls were supposed to be chasing our dreams on the streets of London. Instead, in solidarity we are running a 2.6 mile virtual relay for @MindCharity ….I will do my leg on the way to work @StockportNHS covid wards. #joinus #donate pic.twitter.com/tpPXY4SMlt

“the Covid-19 pandemic has had a catastrophic effect with the cancellation of thousands of events and the loss of billions in income through fundraising events.

The Virgin Money London Marathon alone, which should have taken place on Sunday 26 April, is the world’s biggest one-day fundraising event, which raised more than £66.4 million for thousands of charities in 2019.”

These elite ladies have chosen to support Mind. As Elsey points out, “Mental health is a big issue, especially at the moment. For us today the challenge is NOT running 26.2 miles. The mental challenge of not being able to run the race we had prepared for.

“It’s a sad day not to be running the London marathon, but it’s so nice to be part of this team to support Mind, and see others unite for the TwoPointSixChallenge. The running community is something special and has kept me stay positive during all this.”

It hasn’t been easy getting corralling the group amidst her shifts and Elsey laughs that she’s never done a selfie video before and now has instigated a whole raft of them, although it was Hoka One One’s Alice Wright who stitched it all together.

However, it has been worth it as the challenge has brought them together, including five-time Olympian Jo Pavey, 50k world record holder Aly Dixon, US based runner and marathon debutante Alice Wright and Jess Piasecki – who commends Elsey’s efforts,

“(she) has organised us all really – she has been the backbone of it all, despite working on the front line too, so all credit to her. It is great to be involved and being able to support the smaller charities on what would have been quite an important day for us all. It really helps to give us all a sense of purpose in a time that is quite uncertain. It’s also been quite amusing trying to put together some videos, something I am definitely not very good at!”

If you want to get involved with the #twopointsixchallenge all you need to do is dream up an activity based around the numbers 2.6 or 26 that suits your skills and complete it on Sunday 26 April – when the 40th London Marathon would have taken place.

The Womens British Marathon Elite Team may be alone today instead of racing for a chance at the Olympics, but we are joining together for the #twopointsixchallenge for @MindCharity 🥰 #LondonMarathon #together #relay pic.twitter.com/nVSu80NRJo

A bit of history can be good for grounding in uncertain times. So we cast our eyes back 20 years, yes 20, to the 2000 London Marathon. It was a year that saw Portugal’s Antonio Pinto break the course and European record with a stunning 2:06:36, eight years on from his first victory in 1992.

It was a performance which really typified the saying ‘the race begins at 30km’. With a big group through half way in 64 minutes, including Brit Mark Steinle, Pinto kicked on through mile 18 and continued to push away from a high qaulity field in the final 6 miles.

Just under a minute behind in 2nd was Moroccan Abdelkader El Mouaziz who finished in 2:07:33. Pinto’s 2000 victory prevented El Mouaziz from repeating the feat of Dionicio Cerón who notched dup a hat-trick of wins from ’94-’96.

El Mouaziz had won he previous year and went on to regain his title in the 2001 race. Pre race favourite Khalid Khannouchi was third in 2:08:36. The Moroccan athlete became an America citizen just a few weeks later and went on the claim the 2002 title breaking the world record at the same time. It was a tactical battle in the women’s race which also featured one of the finest elite marathon fields ever assembled to that date. The leading contenders chose not to go with the 2:22 pacemaking. Australian Kerryn McCann was the first to show real ambition to break the deadlock and she was joined by Kenyan Tegla Loroupe and Romanian Lidia Șimon.

McCann made several more attempts to surge but each time the gap was bridged by Loroupe and Șimon. As McCann faded the Kenyan and Romanian moved away with Joyce Chepchumba for company but she also fell away as the cobbles, which were a feature of earlier London Marathon courses broke the group up. Loroupe made a decisive break along Embankment to win in 2:24:33 with Șimon in second (2:24:46) just holding off a flying Chepchumba (2:24:57) in third.