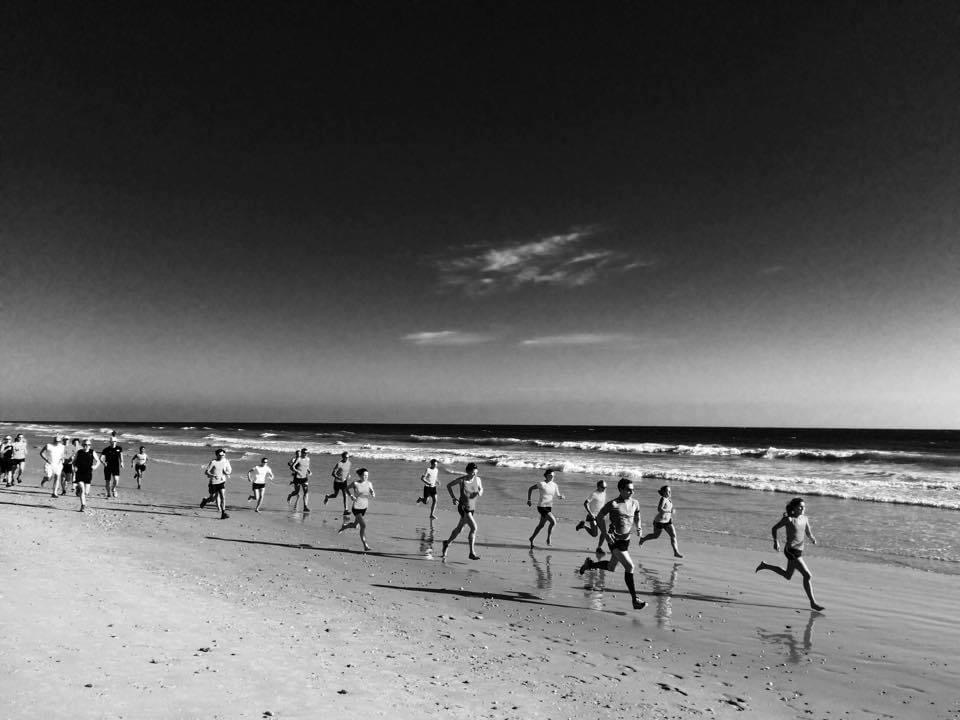 Matt Long, Darren Reevell and Mark Brace imagine a future of international travel & warm weather camps to explain biokinetics in the first of a 3-part article

In the post pandemic world, a couple of Team England athletes are away on a warm weather training camp in anticipation of hard-earned selection for the summer’s Commonwealth Games in Birmingham. After a hard day’s work at the training track they decide to head to the sea to cool off for a dip.

Together with a team coach, they park their vehicle in the concrete paved car park and lock up carrying their towels and a couple of folded up deck chairs under their arms. The female athlete is a marathon runner who begins to break into a steady run as she excitedly spots the blue waves and she gently strides across the concrete strip towards the sand in between the car park and the sea. She momentarily stumbles as her bare feet touch the sand with her knees buckling ever so slightly before she composes himself and manages to regain her relaxed stride.

As she dives into the sea to refresh herself, she catches her breath after immersing her head under water and pops up out of the foam waving to her boyfriend who is a 200m runner and who excitedly sprints to catch up with her in waves fully intending to join her in her playful swim. He belts across the concrete with a smile on his face but stumbles and falls flat on his face as he hits the soft sand.

Momentarily his girlfriend is concerned that he has injured himself but he soon springs to his feet with an embarrassed laugh, dusts the sand off his shorts and picks up his sunglasses, eventually finishing off in the arms of his girlfriend having walked across the rest of the sand into the sea.

The team coach is by now sat on the sand, shaking his head in bemusement. He has his head buried in a coaching magazine and is doing some prep on what’s referred to by Oregon based coach Peter Thompson as ‘biokinetics’. (Thompson, P.J.L., 2016).

‘Biokinetics’ is a term which is distinctive from metabolic energy systems which we are taught about on coaching courses and sports science degrees. In terms of the way in which we conceive of the aerobic, lactate and alactic capabilities of athletes – we call this ‘bioenergetics’.

On the other hand, the energy gained from internal kinetic sources is labelled as ‘biokinetics’ and is underpinned by knowledge that how the whole kinetic chain operates is critical. It requires an appreciation of elasticity and reactivity simply because all athletic events whether running, jumping or throwing involve rapid acceleration of force in order to move the mass of an athletic body. In terms of running, for example, basically the shorter the ground contact time is, the faster one can run with the same metabolic energy.

The internal elastic response with the ground which the athlete can generate releases biokinetic energy. It involves the hip, knee, ankle and foot joints and furthermore as a starting point the elastic properties of the tendon and aponeuroses need to be understood.

An understanding of the role of tendons is important. They are shiny white and opaque like a rope and their primary function is to connect muscles to bones. Additionally, the role of the Aponeuroses is important as a white transparent sheath which acts as a collagenous connective tissue, which may involve muscles but can connect bone to bone.

They both have elastic properties that can return or amplify forces with the key difference being that tendons are uniaxial whereas the aponeuroses are multi-axial the latter of which is pivotal when multi-directional movements are required.

The two athletes finish their refreshing splash about in the sea and return to the beach to towel off and enjoy a fruit juice with the team coach who has been reading his coaching article. “Did you trip on something on the sand?” asks the female marathon runner, recalling the fall of her boyfriend several minutes earlier.

“I don’t know what happened”, he replies. At this point the team coach drops the article on biokinetics into his lap. He pauses, takes a swig of his drink before adding with wisdom – “You didn’t trip on anything. It’s because you were sprinting and she was jogging that your kinetic chain could not adapt in time to the stiffness required to run over the sand”.

With a frown on her face the female marathon runner exclaims, “Stiffness – I thought you wanted me to be more flexible?”. With a laugh the coach responds, “I mean a different kind of stiffness – I mean optimal stiffness of the kinetic chain. I’ll explain it as we drive back to the team hotel”.

The trio head back across the sand to the concrete car park- article two takes a back seat ride with them.

Thompson, P.J.L. (2016) Current Perspectives of Biokinetics in Middle and Long Distance Running – An Examination of the ‘Elastic Response. IAAF New Studies in Athletics. 31:1/2; 25-40. Available at:
https://worldathletics.org/nsa/article/filter?&authorId=5461fcc71111ff42acac6c37

Matt Long is a Midlands Team Manager for Road, Cross Country and Masters and welcomes contact at mattlongcoach@gmail.com.

Letesenbet Gidey smashes 10,000m world record
The ‘so what’ of biokinetics