Battle of the champions at 2019 Cardiff Half Marathon 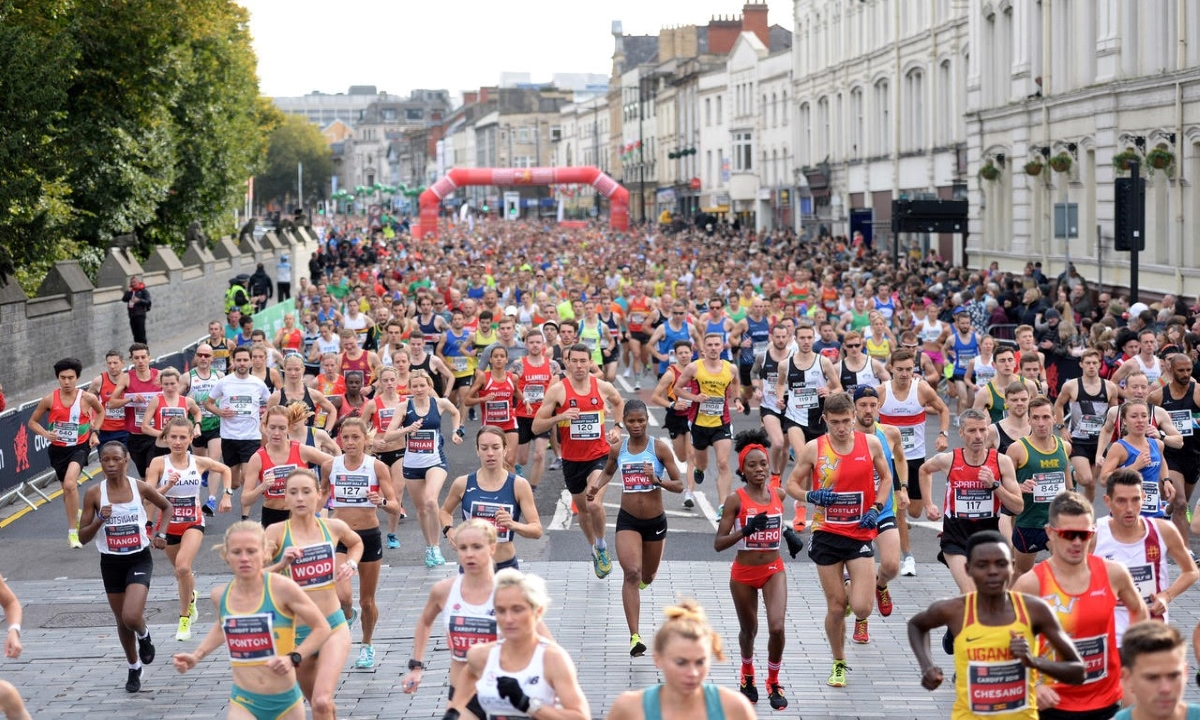 It will be a battle of the champions when Cardiff University/Cardiff Half Marathon takes over the Welsh capital this weekend.

The 17th edition of Wales’ largest mass-participation will welcome 27,500 runners to the city on Sunday. Course records will be under threat as the biggest Cardiff Half yet plays host to a pair of fierce elite races.

Former champions John Lotiang (60:16) and Shadrack Kimmining (59:42) will be out to reclaim their Cardiff crowns after Australian Jack Rayner landed a surprise victory at last year’s Commonwealth Half Marathon Championships.

Lotiang knocked 11 seconds off the course record set by Kimmining in 2017 to set a standard of 60:43 which still stands today. But 2013 IAAF World Cross Country champion Japhet Korir will be determined to send a statement to the road running community in front of a worldwide audience in Cardiff.

The fastest man in the field is Kenyan star Wilson Chebet (59:14), who holds the course record for the Amsterdam Half Marathon. Countryman Leonard Langat (59:18) is the other man who will look to push the pace in his first outing over half marathon distance this season after finishing second at the 2018 Hague Half Marathon in 59:41.

Teshome Mekonnen (60:02) has come agonisingly close to the hour mark in the past and will hope to dip under in Cardiff. He was the fourth Ethiopian scorer at the IAAF World Championships in Cardiff in 2016. Noah Kigen (60:25) has a previous race win at Udine in 2017 to his credit and Patrick Siele (60:43) who won the Bucharest Half Marathon last year is thought to be ready to attach the hour mark in Cardiff.

The fastest Brit in the men’s field is Thames Valley Harriers star Mohamud Aadan. An impressive ninth place finish at last year’s Great North Run will give him the belief he can spring a surprise like Rayner last year.

Bristol and West AC’s Peter Le’Grice heads into the race off the back of victory at the Brighton Half Marathon. Welsh star Charlie Hulson will be eager for a breakout performance over 13.1 miles in front of his home crowd.

The Liverpool Harrier from Mold in North Wales was the winner of the Saucony English Cross Country Championships at Parliament Hill in 2015. He was also the winner at the Armagh International Road Races in 2016. He will look to revise his 65:19 best set at the Copenhagen half Marathon on September 15th. Kimmining (left) and Lotiang (centre) will battle it out again. Credit: Cardiff Half

The women’s race will be equally as competitive this year as athletes chase the course record of 65:52 set by Edith Chelimo in 2017.

Paskalia Kipkoech (67:17) is another global medallist coming to Wales. She claimed bronze at the IAAF World Half Marathon Championships in 2012, with recent form including a 67:38 clocking in February.

Kipkoech is familiar with Cardiff after finishing seventh at the IAAF World Championships here in 2016 and was a member of the Gold medal winning team on that occasion.

Lucy Cheruiyot (67:23) was fourth at the 2019 Sportismo Prague Half Marathon one place behind Lydia Mathathi (67:51) who is next fastest for Cardiff.

Perine Nenkampi (68:04) recorded her P.B. when winning the Yangzhou Internatioonal Half Marathon in China earlier this year. Polline Wanjiku (68:20) won over the distance in Warsaw last year and was third in Paris.

Joyce Tele (69:21) won the Trent half Marathon in 2018 and the Eldoret 10k which is a highly competitive road race contested by a lot of talented Kenyan athletes.

Azmera Abreha (69:55) is an exciting prospect owing to her performances in the Marathon which includes second at the 2018 Shanghai International Marathon and a 2:21.51 best for the distance. She is joined by fellow Ethiopian Birhan Mihretu (69:33). Project Africa athlete Isgah Cheruto will run abroad for the first time in her career after racing over 10K in 32:19 in her native Kenya.

Rebecca Robinson (72:38) is an elite athlete who also manages a career as a doctor. Robinson set her P.B. at Cardiff in 2014 finishing fifth and returning a year later to finish seventh in 74:02.

Calli Thackery (75:33) of Hallamshire Harriers is the daughter of distance running legend Carl who remains sixth on nthe British all-time lists for the Half Marathon. Thackery will race along with Rebecca Hilland (75:38) of Team Bath. Alaw Beynon-Thomas (76:38) is among the top Welsh athletes entered.