Another weekend of high class track meets – the weekend roundup 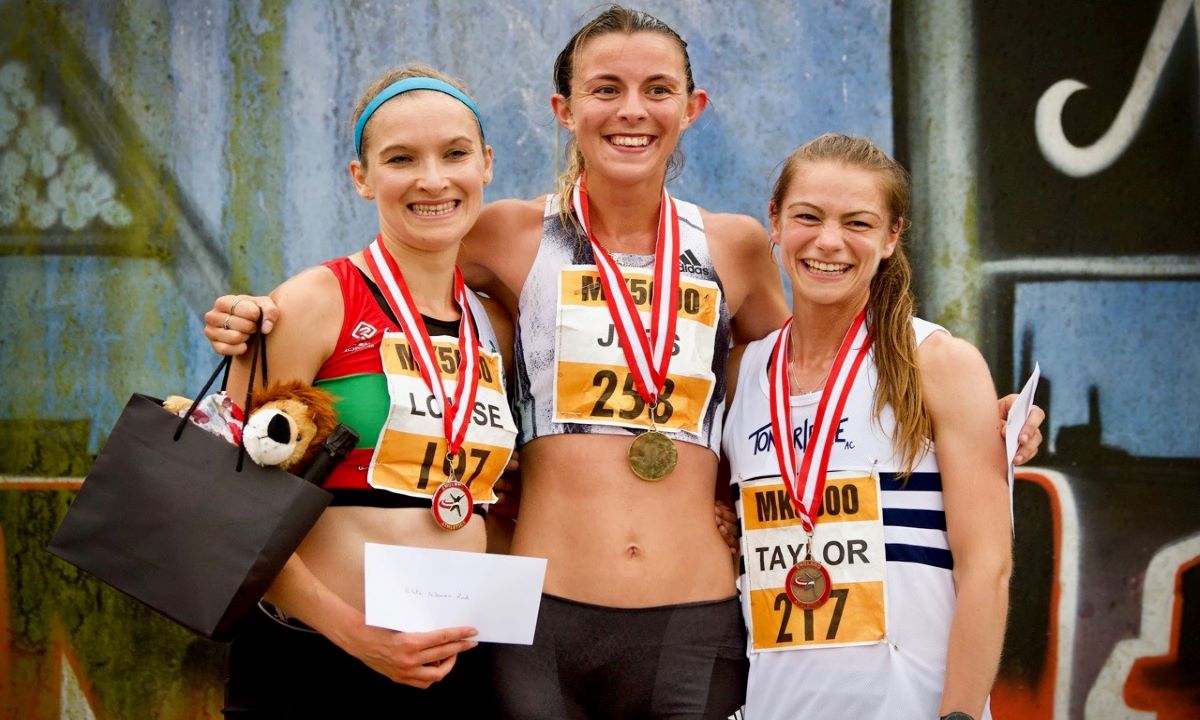 PBs and GB qualifying times galore at the MK5000 PB Special as Ben Bradley and Jess Judd become 2019 England Athletics 5000m champion. In Italy the GB women dominate at the Mini Giir Di Mont with a gutsy race resulting in a 1-2-3 victory

It was another weekend that showed with passion and commitment the British club racing scene is alive, well and thriving. Following the success of Night of the 10,000m Pb’s and FASTFriday this time it was 5000m that took centre stage with quality meets in Milton Keynes and Nottingham.

On Saturday conditions were a marked improvement on last year’s deluge. The MK5000 PB special lived up to its name with 66% of the 280 finishers running their fastest ever time.

One of those was Ben Bradley who came home with not only a PB of 13:57.33 but also as the men’s England Athletics 5000m champion. In a thrilling race Bradley and Mohamed Mohamed gradually reeled in Jack Gray who had led the race until the bell.

The women’s champion was one Jess Judd of Blackburn RC. As Fast Running noted in the race preview Judd set her own PB of 15:16.47 just last weekend in the Diamond League meeting at the London Olympic park. She defended her MK title confidently in a similar time to last year, running 15:37.38 and a comfortable 11s clear of Lousie Small’s second place for AFD after a storming last kilometre from the Blackburn Harrier.

Rounding out the women’s podium was Tonbridge AC’s Nicole Taylor who PB’d for a third place in 15:49.25. For the gents, it was a much much closer race as runner-up went to XC powerhouse, Hillingdon AC’s Mohamed Mohamed in 13:57.84. John Sanderson (Guildford and Godalming AC) was another PB-setter and 13:58.73 just three hundredths of a second ahead of Southend’s Adam Hickey. A night packed with PBs

Aadan and Taschimowitz meet the challenge

Ronseal-esque race titles, fast 5000s and GB qualifiers were the order of the day at The 5000m Track Challenge in Nottingham too as Mohamud Aadan of Thames Valley Harriers raced home in 13:56.37 ahead of Swansea’s Jonathan Hopkins and Nigel Martin (Sale Harriers) who ran 13:57.26 and a tantalising 13:57.79 respectively. Maybe it’s time to practise that dip for the line, Big Nige!

There was a touch more air-space at the front of a much smaller women’s race. Naomi Taschimowitz (Shaftsbury Barnet) finished in 16:06.06. Morag Millar (Central) was the runner-up in question, completing the race in 16:09.66 and Gemma Kersey took third in a PB of 16:16.49 for Basildon RC.

In Scotland at the Glasgow Athletics Miler Meet there doesn’t seem to have been a women’s race but the men were hitting the track for 12.5 laps there as well. It was the youngsters who hogged the 5000m podium with U23’s running PBs for first and third as James Donald (Dundee Hakhill) ran 14:23.07 for the win and Jack Leitch (Worthing/ Edinburgh uni) 14:22.71 for third. Separating the two was Alastair Hay of Central in 14:17.18.

In the 1500m it was Wol Sweeney of Perth Strathay who crossed the line first in 3:34.71. The fastest woman of the night was Erin Wallace (Griffnick North) in the mixed 1500m C race. She finished eight overall and ran 4:19.42

The return of Ipswich Twilight Races

29 degrees, high humidity, 7 hairpin turns and being in the middle of 50k training doesn’t sound like a recipe for 10k success so it’s not unreasonable that Helen Davies was surprised to run 33:50.9 at the Ipswich Twilight 10k earlier in the week. That’s her second fastest ever 10k time – her fastest was 33:41 run on Snetterton race track earlier this year.

Not only did she win the women’s race by a huge margin but the Ipswich Jaffa runner came 5th overall in a year that has seen her run a marathon PB, take her 3rd successive win at Brighton Marathon and be selected for the GB 50k team. It was an Ipswich clean sweep for the women with Clubmate Laura Thomas was second in 36:53.5 and some way back was Alice Goodwin of Ipswich Harriers in 39:20.7 for third.

The men’s race also saw some strong performances with Felixstowe RRC’s Danny Rock was first back round the lapped course in a near one-minute PB of 32:16.9. Ryan Prout of Brentwood RC came second in 32:53.6 and Gosport’s Ben Toye third in 33:24.8. Hulson conquers the rain and wind in Wrexham

In a wet and windy Helena Tipping Wrexham 10km Charlie Hulson of Liverpool Harriers squeaked under 30 minutes to top the podium in 29:59. The Liverpool Harrier built up an impressive lead early on and was never under threat as he secured a new course record. 2nd placed runner of Ellesmere Port Running club was Dave Bennett in 33:00 and in third place was a previous winner of this fast 10k Chris Williams of Vale Royal AC in a time of 33:06.

First woman to cross the line was masters international runner Claire Martin of Telford AC in a time of 36.57. Second prize was awarded jointly to Jo Marsden of Ellesmere Port Running Club and Kim Fawkes of Lawley Running Club who crossed the line together in a time of the of 37.24. The race is run in memory of former Wrexham AC member Helena Tipping and this year incorporated the North Wales 10k champs. Races from London to Wales and the South West

In South Wales the Magor 10k succeeded in tipping the race participation in favour of women this year with them taking up 51.4% of the start list. Elizabeth Dimond of Lliswerry Runners took the honour of topping that list in 39:32, followed by Niki Morgan (Chepstow Harriers) in 39:42 and Nicola Juke (Parc Bryn Bach RC) in 39:54.

For the men it was a 32:16 which secured the win for Simon Nott of Calne RC. His closest follower was Adam Stokes of Bristol & West in 32:49 and Lee Aherne behind him in 34:28 for Parc Bryn Bach RC

Last week’s Asics London 10k winner Josh Griffiths was unlikely to be defending his title at the Tenby 10k this weekend, but results are tbc. Results are also outstanding from the Ashdown Open 10,000m incorporating the Dorset Champs, but the winner was George King in 31:35.

There’s not much going on at the longer end of things at this time of year but the Ilford Twilight Marathon was won by James Shaw in 3:01:34 and Alice Burch in 3:31:17. Adam Bernstein was victorious in the Half in 1:30:08 and a mysterious ‘unknown female’ placed second overall.

More British success in the mountains

Again this week there was interesting action in the mountains with a British 1-2-3 for the ladies in the Mini Giir di Mont. In a day of confident running which saw all three go out hard and place within the top 21 overall Heidi Davies took the win, Holly Page was second & Emma Clayton third.

In the long distance race Ruth Croft of NZ won, after GB’s Charlotte Morgan led some early miles before stopping. GB’s Natalie White ran a solid 13th in the classic, super competitive mountain race in the town of Premana.