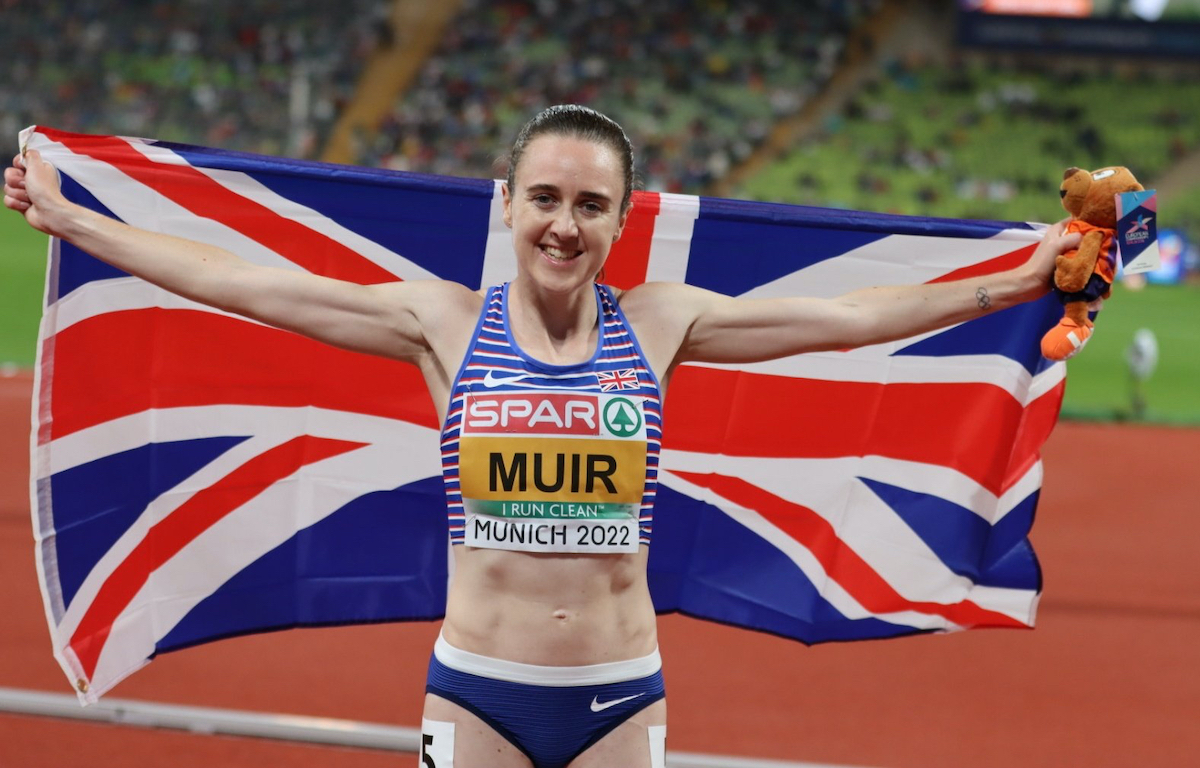 Finishing a recent run of top notch athletics events, the European Championships in Munich delivered plenty of interest this week. As the final races take place tonight, here’s a look back over the week’s racing.

However, it was the later and hotter men’s marathon that went a bit viral thanks to an astonishing sprint finish by Germany’s Richard Ringer who won in 2:10:21, pipping Israel’s Maru Teferi in the closing moments. There had been a campaign to move the start time later due to the predicted conditions but it was unsuccessful, leaving times much less important than placings. Phil Sesemann had been training for the heat but said was unhappy with his 2:15:17, despite being the highest ranking GB marathoner on the day with his 17th place. Mohamud Aadan ran 2:17:34 (30th) and Andrew Davies 2:18:23 (35th) and Andrew Heyes 2:19:47 (44th) completed the GB&NI finishers, Luke Caldwell was a DNF.

On to the men’s 1500m and a certain Jakob Ingebritsen was always going to be the favourite. He lived up to that with a 3:32.76 Championship Record, leaving Jake Heyward visibly disappointed at his silver 3:34.44. In fifth, Matthew Stonier’s 3:35.97 backed up his status as on-to-watch for the future. Eighth place went to Neil Gourley in 3:38.40.

On Saturday evening the big ticket event was the women’s 800m. Keely Hodgkinson tried a different tactic (we’ll call it ‘the Laura’) sitting at the back for a while at the start of the race before putting a burst in to take gold in 1:59.04. Jemma Reekie was fifth in 2:00.31 and Alex Bell was sixth in 2:00.68. In the women’s 3000m Steeplechase Lizzie Bird earned herself bronze in 9:23.18 while her home-rival Aimee Pratt ran 9:35:31 for seventh. As the event came to a close on Sunday night all eyes were on the men’s 800m to see what Jake Wightman had in him over a shorter distance. In the end, Mariano Garcia of Spain had just a touch more in his legs, taking victory in 1:44.85 and leaving Wightman to with silver in 1:44.91. Ireland’s Mark English ran and excellent 1:45.19 for bronze. Ben Pattison  finished sixth in 1:45.63. And finally, in the men’s 10,000m Marc Scott said he was showing up to get some hardware. But, with over 1500m to go it looked like that was not going to be an option, leaving Emile Cairess as our best hope. However, Cairess dropped off the lead pack shortly after dropping back to behind Scott only to put in a sprint to the line as they finished leaving their final placings as 11th for Cairess in and 12th for Scott in . Sam Atkin DNF’d after seeming to get pushed into the infield early on in the race.

Bute Park, Cardiff played host to the inaugural Home Nations 5k. The women’s field was particularly fast with a reem of runners able to run sub 16. Scotland’s Annabel Simpson went out with intent and never let the lead go until she broke the thape in 15:51. Jenny Nesbitt (Wales)  looked in contention for much of her regular training route, but in the had to settle for runner up with 15:53. Third place went to a non-nations runner – Georgie Grgec who clocked 15:54, while Ellie Wallace took fourth for England in 16:01. A full report can be seen here. On tracks around the UK

Early on in the week, the BMC Regional Races in Leeds saw Fintan Stewart a massive eight seconds clear of in his race, running 8:20.94 for the fastest 3000m of the night and a new best. Steph Pennycook was fastest woman in 9:26.09. Wednesday’s edition in Eltham resultsed in another massive winning margin – this time over 1500m where James McMurray was ten seconds clear, clocking 3:40.83. Brogan Wallace topped the women’s times with 4:27.32. In the 3000m competition Tewelde Menges PB’d for the win in 14:47.18, as did Georgia Bell with 15:59.70.

A little bit of road action

As if the track win wasn’t enough Clare Elms was soon back in action at Run Through Battersea Park where she was fastest woman over 5k in 18:21. Joe Fellows was first in the men’s race in 16:11. Over 10k Josh Grace clocked 30:50 and Elle Clements 35:32 for their victories.

Birchwood 10k was host to a convincing win for Matthew Crehan, who was nearly three minutes clear with his 30:52 clocking. Lucy Fairclough ran a brilliant 35:13 to keep Claire Clancy just far enough off, running 35:43 for the runner up position. Another dominant win took place at Fleetwood Half Marathon  where Luke Mason logged 72:20 ahead of Dan Hopwood’s 77:15. Hannah Cairns was first lady over the line in 85:23.