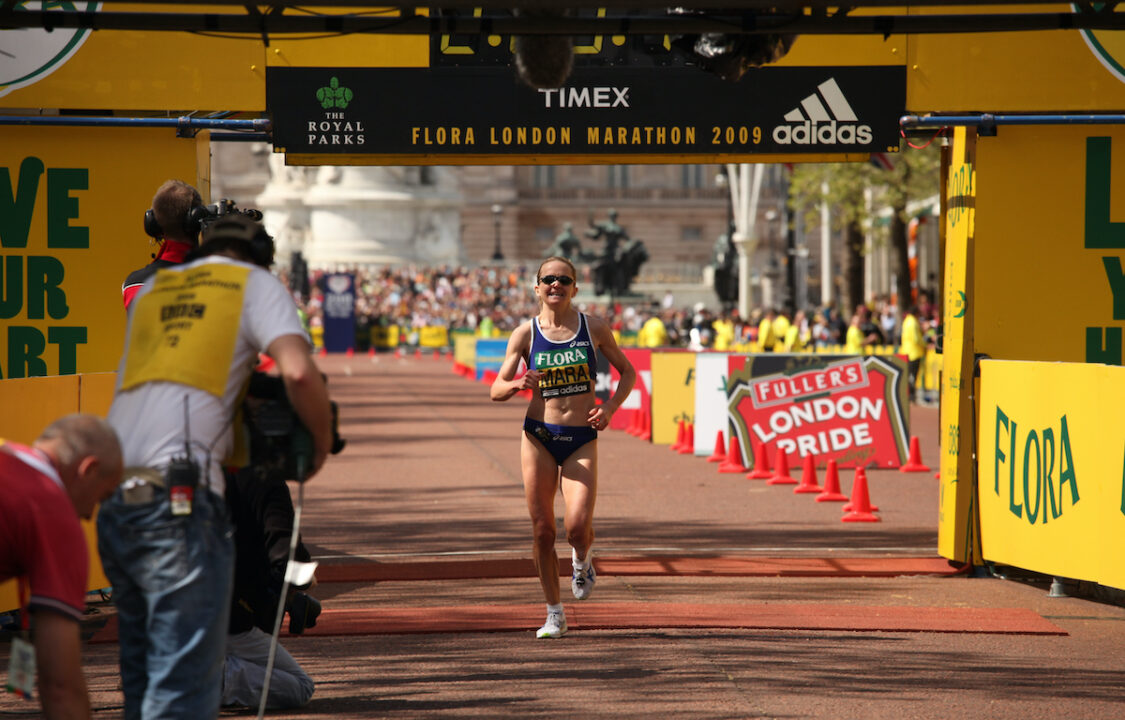 High time for that old conversational chestnut. Yes, it’s the crucial matter of which British distance runners are less famous than they otherwise might be, given what they actually achieved.

At some stage I’ll accept that just because most households function without heated but well-informed dialogues on the aerobic merits of, say, Glyn Tromans or Sarah Rowell, doesn’t mean in itself that we are a culturally backward nation. Reluctantly, I’ll concede there’s more to a rounded personality than reeling off the UK All Time Endurance lists.

The sport is very data driven and ever more tech-reliant. But what follows is really just back of a protein bar wrapper stuff, based on memory and personal bias, with no peer review and a kind of inverse research process by which if I googled the athlete name and not much came up, I knew I was onto something.

If you are going to be a famed world class endurance runner, you need to choose your timing well, unless you plan to be at your peak at age 12 or 45, which tends not to happen. Doing dazzling things pre-internet is a limiting factor and so is competing in that era when EPO became widely available in the sport, reasonably well ‘managed’ by those who wished to reap its benefits (though ‘stashed at the back of the fridge behind the olives’ seems to mean the same in 2020 as it did in 1987), but before any tests were in place.

Endurance running celebrity can be a strange thing. Jo Pavey became very famous after she won what was (with major respect to all) a modest depth 10,000m race from which most of the world were barred by not being from Europe, but gained no kudos outside the sport seven years earlier when placing a staggering 3rd in the World Championships in Osaka (4th across the line, you get the picture….). Perhaps also in recent years we’ve seen that journalists’ coverage of endurance running is provided largely by those who are good at getting a story but who never, really, get distance running.

So in alphabetical order:

Always a talented but injury prone runner through Cambridge University and early senior years, then in the lead up to the 2012 Olympics made startling progress. In London she managed a wonderful double placing 8th in the 10,000 just behind Jo Pavey and matching that in the 5000. The household fame achieved around this era by Jo Pavey serves to highlight how little attention JB received for her similar 10k prowess albeit not matching JP’s longevity. Later took up German citizenship through family lineage and didn’t reach the 2012 heights again.

You’d possibly expect that a rare Z in her surname would be enough to capture Harriers’ attention but sadly not so. Born as Jill Hunter, she made a Geordie-Sydneysider union with Australian distance whiz, Danny Boltz. She was at her peak around 1990-92 and had a stellar career on track and road at a time when the Rift Valley women had not yet fully arrived on the scene. Her best performances over 10k and 10,000 in particular would, 30 years later, still have her punching effectively for GB in global level champs and 51.40 for a road 10 mile is world class even now. Arguably the shadow of Liz McColgan, with whom she largely overlapped, kept her out of the limelight.

A charismatic but media-elusive figure. Excelled across track, road and cross country in what was arguably the peak EPO era for certain nations in Europe and elsewhere. Placed Top 10 in the WXC when it was just one 12k race so no splitting of the East African posses; in 1996 he won the Euro XC by a whopping 35 seconds; his UK 10,00 record of 27.18 lasted 13 years and is still 2nd UK All Time. Two superb 4th places in the Olympics of 2000 and 2004 which I’d argue are as good as any UK male marathon performances ever, when you look at the depth of competition. Whilst always competing for GB, he became somewhat of a global villager after Yorkshire schooldays, based in USA, Germany, Canada and now New Zealand where he does great coaching things with the Federation’s elite triathletes.

A relative short time at his peak, injury plagued, and perhaps the most media-elusive athlete at the exalted level he achieved. Seemed to escape any sort of Athletics Weekly profile career-long. Rumours were that he tried to make a ‘side gig’ as a poker player –one of the few lines of work with worse Annual Leave and pension stability than pro 10k racing. Excelled in the Sydney Olympics, placing 8th (3 days after a 27.48 Heat to qualify – one UK ‘record’ that will last indefinitely – the fastest Olympic 10,000 heat and final double) and 1st European; and repeated the feat at Edmonton Worlds in 2003.

This is deep dive stuff and sadly brief in its details but on the cusp of transition from junior to senior this man truly shone albeit briefly. Perhaps the standout results were two 10,000m races way back in 1971, both in 28.24 when he was just 20, having just beaten the best of the nation to win the national XC and placed second in the international cross champs in the USA. After half a century, only Alex Yee has surpassed his time as a British 20 year old. He appears as a footnote in 13th in the European champs 10 000 in 1971, a race which will last down the ages for one of the most staggering last laps, as you can marvel at here https://www.youtube.com/watch?v=Sfm_lTSOjh . I think we can say, with a wink and a nudge, that the medallists were truly full blooded enduros

He made a big breakthrough in 1985/86 after an impressive but not dazzling period as a Durham University student. A not-unsuccessful coach (linked with four of the runners in this piece) suggested that if Mr S spent a little less time at the bar and made a lesser impact on the scales he might become very good. Put simply, he did so. In 1986 he won a stacked AAAs 10,000 (the strongest ever year in UK depth if you go by 10th fastest mark) in 27.51, and this booked his slot at the upcoming Commonwealth Games. In a drizzly Edinburgh, he struck gold leaving in his wake the likes of marathon legend Steve Jones. A litany of injuries that could probably fill a medical text book kept Solly from building on this although he spent many years trying incredibly hard to show what he was truly capable of – with a couple of 2.12 marathons almost as footnotes.

She’s hardly an unknown but given what she achieved at her peak she’s arguably not given quite the status she merits. Perhaps it’s that surname which doesn’t leap off the page or tongue in Middle England. Her 2008 Beijing Olympic Marathon was memorable – 6th place, barely 40 seconds from the win and with the medal group until the 40th kilometre. If Paula Radcliffe had chosen a different way of life her 2.23.12 would stand atop of the UK all time lists with over a 2 minute margin – and this was in ‘slow’ shoes. One of very few modern elites who made a running career after making serious inroads to a normal career – in her case the Foreign and Commonwealth Office.

David Chalfen, who really doesn’t have a spare room filled with AW’s going back to when guys did National Service.