What makes Kilian Jornet so special? 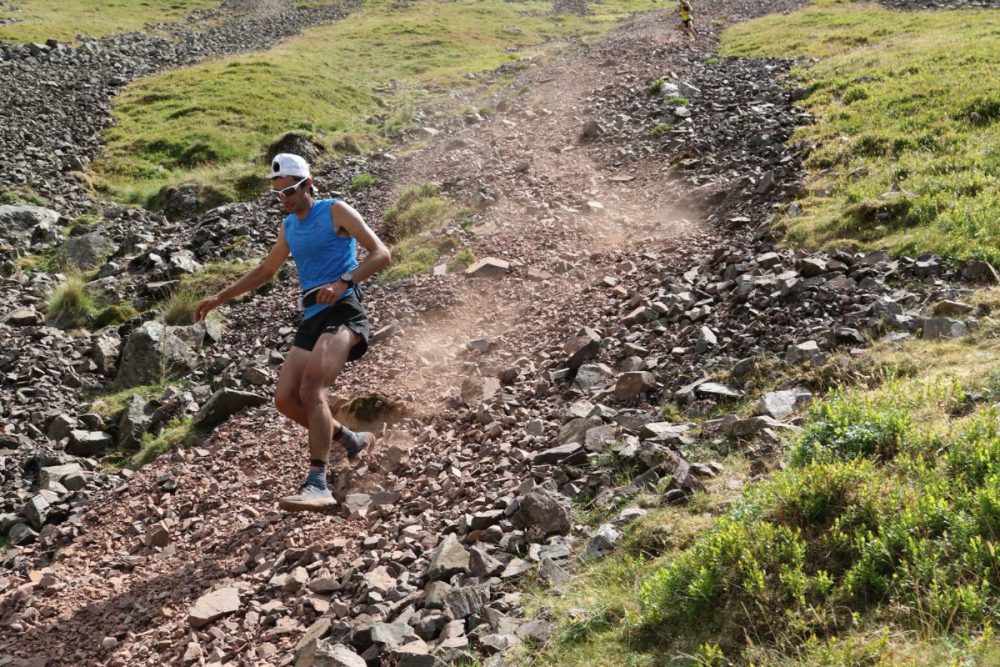 There is one man who could claim the title of “best mountain runner in the world” right now. Yet what makes Kilian Jornet so special?

The Catalan athlete broke his leg earlier this year but is once again winning everything from 22km Sky races, mountain marathons and breaking records like the longstanding Bob Graham Round. He is a phenomenal athlete.

And as every year passes people keep asking me the same question. What makes Jornet so special?

With one of the greatest ranges of victories in races, from three kilometres to 170 kilometres in length, what is the magic bullet that makes this man so great? Is it just one factor or just the perfect storm of genetics, lifestyle, mental attitude and talent?

Earlier this year Fast Running asked how fast could Kilian run a marathon and even then didn’t predict a super world class time. We guessed at sub 2:14 – which is still pretty quick.

Jornet is a rare talent and it isn’t even necessary for him to have two working arms to win a 100 mile mountain race. He is also one of the fastest descenders in the sport, and this could be one of the key factors to his success, but clearly it’s not the only thing. So let’s take a closer look at some of the reasons why the 30 year-old is in a league of his own.

It was whilst discussing ski mountaineering with a good friend that this idea first popped into my head. Ollie Webb is a good skier and had started entering races where you ski up a mountain and then ski down it again a few times.

“On the uphill I could hold my own,” says the British Airways pilot. “But as soon as we started each descent I noticed I was working my socks off just to keep up with those around me. They all looked like they were just cruising downhill.

“It wasn’t until the subsequent climb that what this meant really sunk in. I was knackered from going downhill and everyone else had used it as a rest”. The trail runner got me thinking about how this might be the case in our sport too.”

The true child of the mountains, Jornet grew up at Refugi de Cap de Rec, a mountain hut at 2000 meters in the Pyrenees at the cross-country ski resort in Lles de Cerdanya. His father was a hut guardian and guide in the area.

At an early age his parents took him on long hiking trips across their home mountains and Jornet was a member of the Spanish junior Ski-mountaineering team.

The idea of recovering on those long descents during races was already part of racing for the athlete. The speed and fear of downhill running was never going to be an issue.

Here comes the idea. Killian may be super fast downhill, but others are too. British fell runners hare down slopes like they have lost control and have no regard for their own safety, but they aren’t winning all the 100-mile races in the world.

Killian might be one of the fastest, but the key could be that he’s also the most efficient.

If each descent in a race is a recovery for the Salomon athlete, when all others around him are working hard both up and down hills, then you start to see why his success grows the longer the race distance.

The Norway based runner and adventurer has won races like the Mont Blanc Marathon and Compederossa Sky race in 2018 and in footage of both events you see him descending with his peers but always looking relaxed.

Others strive down hills, pushing to their limits whilst the Catalan skips over rocks and gracefully passes or just sits behind, letting his prey tire themselves out. The persistence hunter of the mountain running world. Once again the hype will build this summer for the Ultra Tour de Mont Blanc. A 170km loop around Mont Blanc that goes through France, Italy and Switzerland.

In 2017 the talk was of Kilian and Jim. Jim Walmsley is the American speed merchant taking ultra running by the scruff of the neck. With bold claims and PBs fast enough to back them up, the sub-29 minute 10k runner brings serious pace into the mountains.

Fresh from a course record at the Western States 100, the Hoka One One athlete is once again targeting UTMB. Last year, Walmsley waited for Jornet and French vigneron Francois d’Haene at early checkpoints as he was simply too fast.

Fast forward to kilometre 130. Walmsley is laid out on a bench whilst the ‘slower’ runners d’Haene and Jornet battle it out to the finish line. Hats off to the American for rallying and crossing the line in fifth.

Walmsley can run down a hill as quickly as the Europeans, so what is it that caused this implosion? It could have been a number of things to be fair, including but not limited to underestimating the cold, not getting enough food in or just being less efficient in the mountains.

So this year the UTMB has another stellar field. Jornet, Walmsley, multiple world champion Luis Alberto Hernando, twice winner and recent disqualifyee Xavier Thevenard. Oh and a handful of Americans all after the first male victory at the event – the US women have won multiple UTMB titles.

Even still it is difficult to see anyone beating the Catalan and efficiency could be why.

Plenty of runners are faster. Many have made the UTMB their key race of the year, whereas Jornet will race nearly every weekend in the build-up and recovered from a broken leg this spring.

When it comes to the final few climbs when everyone has tired legs and is pushing towards the finish line, you get the impression that the Catalan is just getting started. His legs will be fresher than everyone else’s as he’s yet to work them on a downhill. Losing two years in a row won’t be an option.

What can we learn?

This conjecture is all well and good. I’m no mountain world beater myself, so it’s far easier to sit back and pick at the top end, but what can we potential learn from this.

Everyone wants to run faster downhill, but will that actually help? Especially for ultra runners going long, but even for a long descent in any race.

If you can turn the descents into a recovery, whilst not going backwards through the field, does that build the consistency of your performance and get you to the finish line quicker?

Sprint the first 400m of a marathon and you’ll be going quicker for sure. But you won’t have your best performance over the full 26.2 miles.

Sprint down the first hill of your race and you sure as hell won’t be doing the same on the seventh descent. Efficiency is key and to get this you need to practice it. Slow down, break less and take a more direct line. Even let your body recover a little from the previous uphill.

Look at the bigger picture and slow down. You might get to the finish line quicker.

Sub 13:50 5k runner Jake Shelley knows the power of the group
How I train: Aly Dixon