What makes the Leeds Abbey Dash a ‘must do’ race? 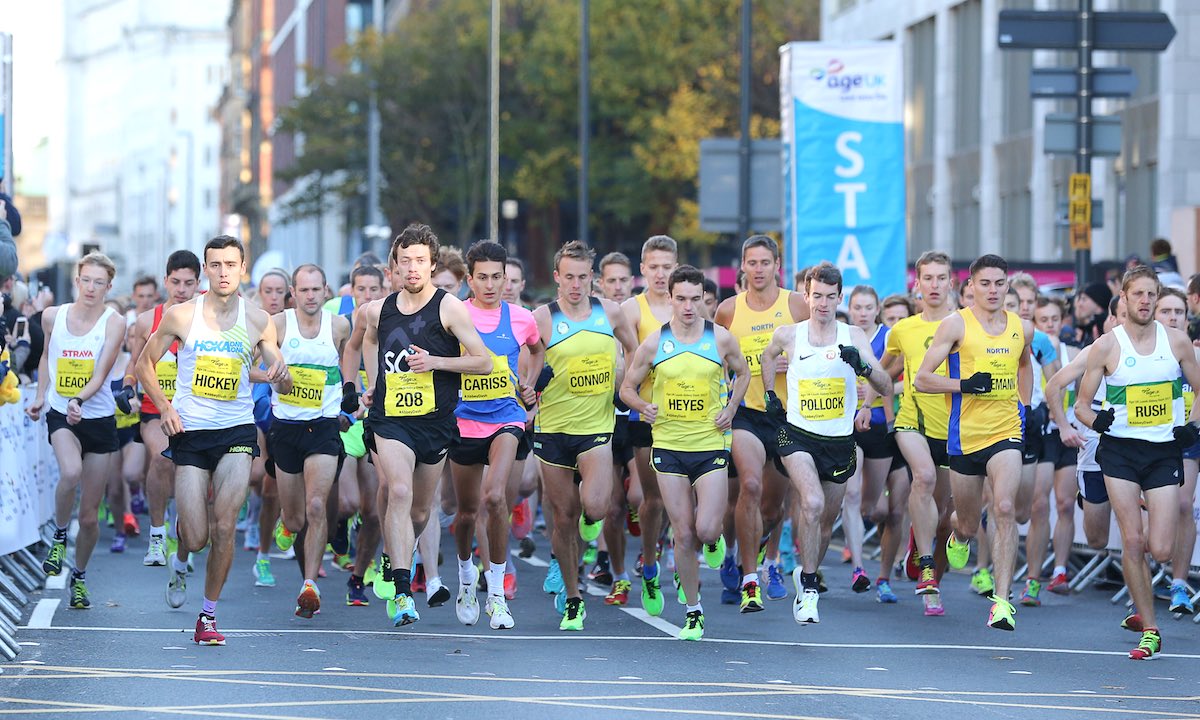 Whether you are aiming to break 30 minutes or 40 minutes running in Leeds is the perfect place for a 10k personal best.

The Age UK Leeds Abbey Dash is one of the biggest and most popular 10k road races in the UK and attracts runners from near and far. Each year, the race attracts a large elite field looking to shave seconds off their best.

It is not just for the elites though, and the flat PB-busting course is perfect for first-timers and seasoned runners alike, and every step helps to raise funds for Age UK, Britain’s largest charity for older people.

Dave Norman is a regular attendee at the race and he plans to celebrate his 40th birthday on Sunday (November 4) by taking in some of Leeds’ historical buildings, including Kirkstall Abbey, before finishing at the Leeds Town Hall for the 12th time.

Fast Running caught up with the Altrincham runner to ask why he returns to race in Leeds so often and why it’s a must do race for all.

Fast Running: What attracted you to the Leeds Abbey Dash for the first time?

Dave Norman: I first ran the race in 2000, at the age of 21. I had seen the results from previous years and some fast times were being recorded, so wanted to try and improve my PB of 31:51 set earlier that year.

I actually equalled my PB on the day, finishing in 29th place.

FR: Year after year some of the fastest in the UK compete, why do you think so many do?

DN: Runners know the course is quick and they are guaranteed to come up against strong competition and a depth of competition.

A perfect combination for chasing a fast time, but also for testing yourself against the best which ultimately when you are going out and training hard are the two things you want from a race.

FR: This year will be your 12th time running in Leeds. Why have you returned to it so many times?

It was a bit crazy really, I had finished 23rd at the Liverpool Cross Country (European Trial race) on the Saturday and I was really angry at myself for the way I ran the race. I felt incredible on the first lap and was running 50 metres in front of the lead group including Mo Farah, and inevitably got swallowed up.

I knew from how I felt after achieving that result running a poor tactical race that I was in great shape and wanted to strike while the iron was hot.

I should have been shattered from Liverpool in theory, but I was so determined to redeem myself for Saturday and I ran the perfect tactical race in Leeds.

I was running without a watch and had no idea of the time until I could see the finish line clock, the feeling coming down that last 300m was amazing as I knew I was going to go under 30 after three years of trying. FR: What is your fondest memory of the race?

On a different level, I enjoyed finishing 264th in 2013 in a time of 34:57. I was coaching a friend of mine at the time and he came to me wanted to break 36 minutes for the first time. I knew from his training he was capable of sub 35 minutes.

I had a number for Leeds but wasn’t looking to race so ran the whole thing with him and he was over the moon to go sub 35 for the first time.

FR: What do you think of the course?

DN: The course is great. Although it’s not completely flat, I actually think the gradual hill approaching halfway helps you to maintain your focus.

Then on the way back, you can really stride out on the downhill. The finish is really good, a long straight lined with plenty of crowd support as you return to the Town Hall.

FR: How do you hope to do this year?

DN: The race falls on my 40th birthday so I just had to enter! The last two years have been a struggle for me with various injuries, but I’ve managed to get myself injury free and training consistently since tearing my calf again at the end of May.

I’d like to try and break 32 minutes which would put me in the top five or six in the UK rankings for the year.

FR: For anyone who hasn’t raced in Leeds before, what advice do you have?

DN: If you’re travelling on the day, allow plenty of time, plan your route and your parking spot. If you’re in the elite race, you also need to make sure you are in the starting pen early. I know people who have left it too late and not been able to get close to the front.

The start will be congested and chaotic, so try to stay out of trouble. There is a small uphill drag approaching halfway. It’s easy to lose concentration here and lose contact with your group if you are chasing a time, so stay focused here.

The second half is largely on a slight downhill so if you’ve not completely overcooked it you should enjoy passing a few people.

The Age UK Leeds Abbey Dash has something for everyone and features a 10k closed-road race, a 10k elite wheelchair race and a junior 2k race. Whether it’s your first 10k or your 30th, join thousands stepping up to make a crucial difference to the lives of older people.