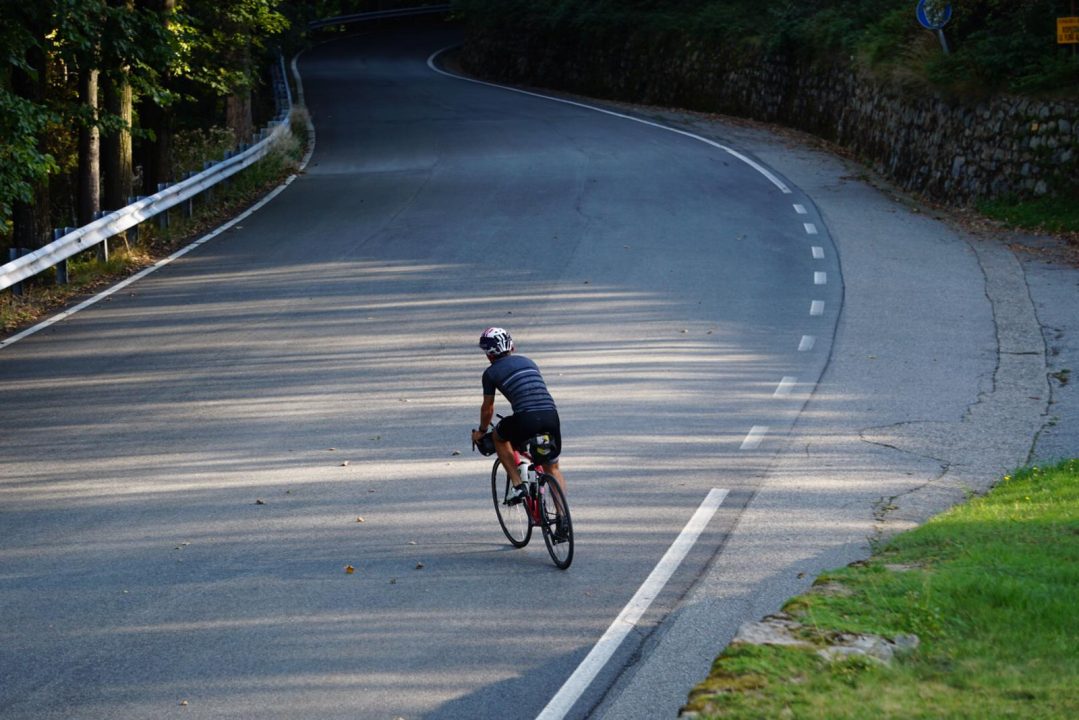 Fast Running’s Robbie Britton is going to be away from the office for a few days from Friday. The ultra-runner is taking on the 1600km TransPyrenees ultra-cycling event.

Many runners will be able to relate. You plan your year, training is going better than ever and suddenly you have a little niggle that keeps you off the roads/trails. Surely a couple easy days or some rest will see it disappear?

Days turned into weeks and easy runs became easy bike rides. The goal of the Centurion Running Track 100 slipped away but the fitness transferred well onto the bike so the idea of a bike race crept in. No point wasting a summer of cycling up and down the mountains of Italy.

After dot-watching the likes of the iconic TransContinental Race across Europe and the Silk Road Race in Kyrgyzstan, travelling for days at a time, self-supported and into the unknown in terms of sleep deprivation and fuelling, seemed an exciting prospect. What could be learned that might help make me a better ultra-distance athlete all round? Most people enter these events with a fair few miles behind them on the bike. Back in Autumn/Winter 2009 I cycled from Bath to Birkenhead, then Birmingham to Copenhagen, just for laughs, then the running started taking over. The only there significant bike ride after that was a 140 mile fixie ride to Bristol to visit my mate Dave in 2012, but everything else was on foot.

There’s been some significant country crossing in there, with Iceland, Bulgaria and Jordan traversed in recent years. There’d been some nice weather, but also some shitty conditions too. The TransPyrenees involves going coast to coast, and back again, in October so might involve troublesome conditions.

The benefits of cycle training is that you can do a fair bit more than running (if you have the time) and visit a much wider area than you might on foot, even for an ultra runner. Based in Coggiola, Northern Italy, we’ve got a couple of Giro d’Italia climbs nearby, some big fancy lakes and even the joys of the Aosta Valley.

Up to 20 hours a week was the goal, gradually building up and not doing too much that the muscles couldn’t recover. Much as the same as a running training plan building up too quickly can lead to injuries and see you off training. Consistency is more important than anyone session or ride, so think of the bigger picture when planning your training or cross training. The Ultra-runner looks uncertain because he doesn’t really know what he is doing…. Photo: Natalie White

Like a marathoner preparing for the 26.2, a bike racer has to have a few long rides too. How long is the longest ride when your race is 1600km long? The equivalent of a 24 miler would be over 1000km so really it was a case of figuring out what was sensible and how far I had to ride to figure out a good few issues for the bike ride. Like how to bonk, how sore my arse is going to be and how cold it is going downhill in a rain storm.

With a longest ride of 185 miles (285km) I might well be less prepared than some at the start, but I’ve avoided biking injuries and got a great block of consistent training in the buildup over eight strong weeks. The same as a marathoner, the sum of the parts are key, rather than one big session. Although in this case a 3-400km overnight ride would probably have been smart, it’s just too late now.

Food wise, it’s going to be fun. Burning upwards of 10,000 calories a day with the goal of keeping going as much as possible, it’s going to be using anything I can find in shops en route to fuel the fire. Some riders stop for sit down meals and hotel stays overnight, but my plan (which may go completely out of the window after day one) is to try and do as much on the go as possible and push the limits of comfort.

I’m not expecting to be competitive, but I am going to race to the best of my own ability. For this to be worthwhile in the long term of my own ultra-running career, I reckon testing out some possible sleep strategies for future six day races and, maybe one day, the Tor des Geants, could be useful. Dot-Watching, as many do with the Montane Spine, The Dragon’s Back Race and other ultra running adventures is a huge part of bike-packing events. Following the SPOT trackers of riders, alongside any social media interactions and updates, lets everyone see what the riders are going through, the different strategies and an idea of the distances covered each day.

All the riders get cycling caps with numbers on, instead of you usual race number, and I’ll be #30.

If you’re wondering why Fast Running isn’t as sarcastic on Twitter from the fourth of October, check where I am and when normal service can be expected to resume. The great Thomas Craggs will be picking up the slack whilst I’m away.

Hopefully, over the course of around 1600km of the route I’ve planned, with a minor detail of over 30,000m of ascent, I’ll be able to come up with some insightful article ideas for the future, although more than likely I’ll just be a confused mess by the finish and ready to hide my bike in the basement for the next five years.

Robbie is sponsored by Odlo, Profeet Sports Lab and Precision Hydration. If you want to follow his training, which will be back to more running after this push-bike race, you can see it here on Strava or the highs and lows of Twitter and Instagram.