Running & beer: the Isle of Man festival has the perfect mix 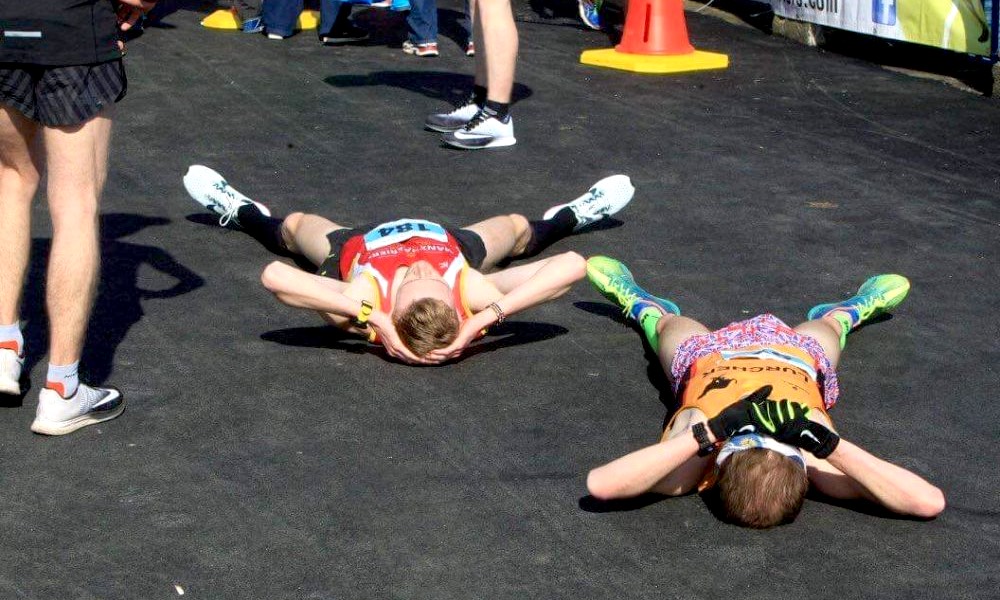 A closer look at the popular Easter running festival that is renowned for its combination of competitive running and a party atmosphere.

Whenever you train with runners from the likes of the Manchester University Alehouse club you’re going to hear about the Isle of Man Running Festival.

Initially, you may wonder what is so special about a few races on consecutive days on an island in the Irish Sea? Surely you could do that back in Manchester?

But everyone loves a festival. Music festivals are known for the hedonistic behaviour of attendees, but what about running festivals. Surely that’s more of a green salad and early night affair?

The 56th Isle of Man festival took place over the long Easter bank holiday weekend. Organised by the local island club Manx Harriers, it attracts runners from all over mainland Britain and further afield.

There are four different races, a 5k, 10k, hill race and a beer race. It’s unclear however which carries the most prestige.

“We were thrilled to see a record number of competitors this year and the festival continues to attract runners from far and wide,” says director Chris Quine, when asked about the attraction of the event. “Recent years have seen entrants from the US, Switzerland, Norway, Belgium and Netherlands as well as Ireland.

“As well as offering a party atmosphere, the standard of competition remains strong, particularly for good club runners.”

University groups organise trips for students, present and old, to relive the party aspect of studying. and Alehouse club out of Manchester Uni is whom brothers Andy and Dave Norman represent.

The bright orange vest is a sign of someone who races hard and enjoys a drink too while there. 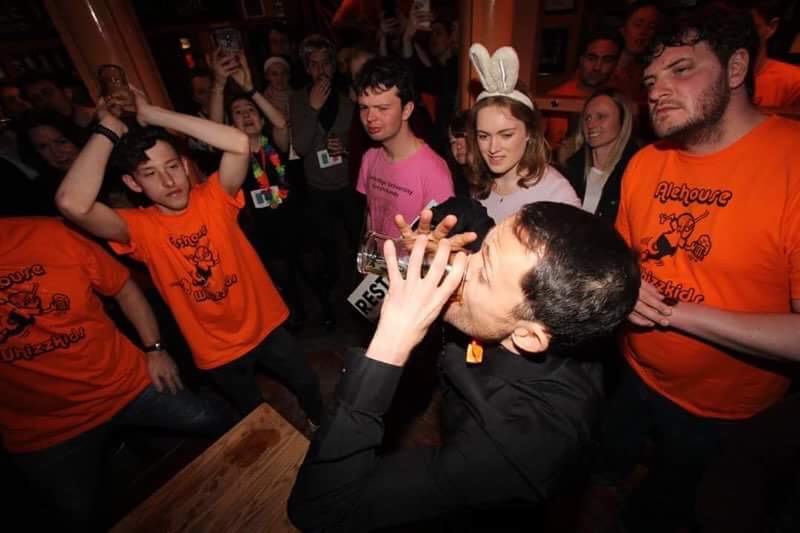 Andy, a former winner of the overall festival, has made the trip nine times.  He describes it as “the best running weekend you will ever experience”.

“The easiest race is the 10k on Friday night,” he explains. “After that, you’re hungover for the rest of the races. I started going in 2000 with Altringham AC. It was a team of us along with my brother, Nick Leigh and Adam Wareing”.

“The first two years, I finished second on both occasions. Then, following a scholarship to the University of Tulsa in the US, I came back in 2004 and won all three races. That was the best period in terms of racing.

“The community element of the festival is really strong too.”

Injuries hit the Manchester runner in years to come and it was the last time he ran for Altringham AC. The focus changed a little and that fitted in with the Alehouse ethos.

The Alehouse school of running

“It’s the hill race that trashes the legs and we always follow that with a 10-mile cross-island pub crawl from Peel to Douglas,” he tries to recall. “You take in 10 or more pints on that one. There used to be more pubs, but these days a few have closed.”

Not to despair, Alehouse ensures the runners aren’t left thirsty, with kegs stashed along the route where the pubs once were.

Andy’s older brother Dave, who features in the Fast 10: class of 2018, is the Isle of Man historian and explains: “We call them Rob Stops, named after Rob Francis, who started the tradition of kegs en route.”

The atmosphere and comradery is also a big part of the experience and he adds: “It’s totally unique. I can’t think of another race where you see runners in the pub pre-race, followed by singing and dancing on the start line.”

Many of the Alehouse crew will start the Easter party at the airport on Good Friday, before arriving on the island for the 10k.

Andy recollects a story from 2016 after heading off from Manchester: “I was injured at the time when we headed off, but after drinking 11 pints I decided to run the 10k at the last minute and still managed 39 minutes. It was a lot of fun.”

Think that sounds tough? Well, Laurie Lauscombe of Alehouse has garnered a reputation for his duathlon run/drink skills. Rumours have it that the Liverpool Harrier drunk 10 pints before running 35:24 this year. That’s not far off his 33:37 PB.

Students of past and present

Other universities such as Leeds, Cambridge and Edinburgh all attend. The Leeds ‘Doss AC’ are Alehouse’s main rivals. Both clubs bring around 50 runners, past and present students, to the festival.

Edinburgh’s Mike Christoforou, the 2017 festival winner says: “You can tell the organisers are really passionate and it always runs smoothly. Results and photos go straight up. It’s a celebration of running, with more of a focus on the celebration at times.”

The sub 30-minute 10,000m man puts “scoring a 30-year screamer in the Sunday afternoon football match” up there on a par with winning at the festival.

“If it’s your first time on the island with Alehouse you have to do a ‘virgin challenge’,” says Andy remembering his first experience with Alehouse. “Mine was a pint of vindaloo sauce from an Indian takeaway.”

That might add a few seconds to your race time, but it hasn’t put the 14:06 5000m runner off, who found form in recent months and was rewarded with another second place overall this year.

In 2018 a fresher had the challenge of completing every race in a tiger outfit. The hill race he had to crawl on his knees. Some people pay good money for that kind of niche experience. 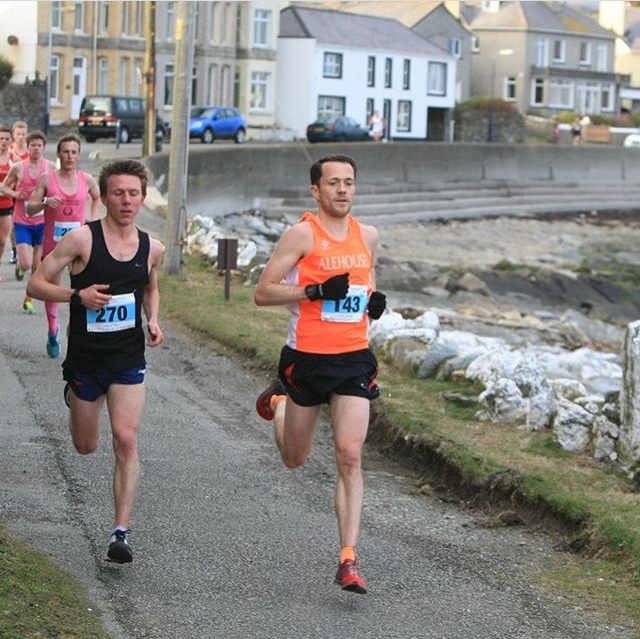 One thing that comes across is that this isn’t just a drinking festival. The standard of running is high. Quality runners turn up to let loose and have a tear up on the road and the hill.

The Norman brothers and Christoforou are not the only decent runners taking part, and this year the overall winners were local Manx Harriers duo Ollie Lockley, a 29:23 10,000m runner, and Rachael Franklin, who has clocked 16:58 over 5000m.

“In our 10k race we had 29 men inside 34 minutes and 18 women under 40 minutes,” adds festival director Quine. “So whether you are coming for the running or the parties, there is something for everyone with a passion for running.”

Dave Norman shares that sentiment and adds: “There’s plenty of drinking and rivalry but no one is antagonistic. The real bond between everyone at the festival is a shared love of running.”

So if you are planning to head on a break next Easter, maybe think outside of the box, and book a long weekend on the Isle of Man and enjoy the running festivities.

Has a cheat stolen your Strava crown?
Why you should love Yuki Kawauchi