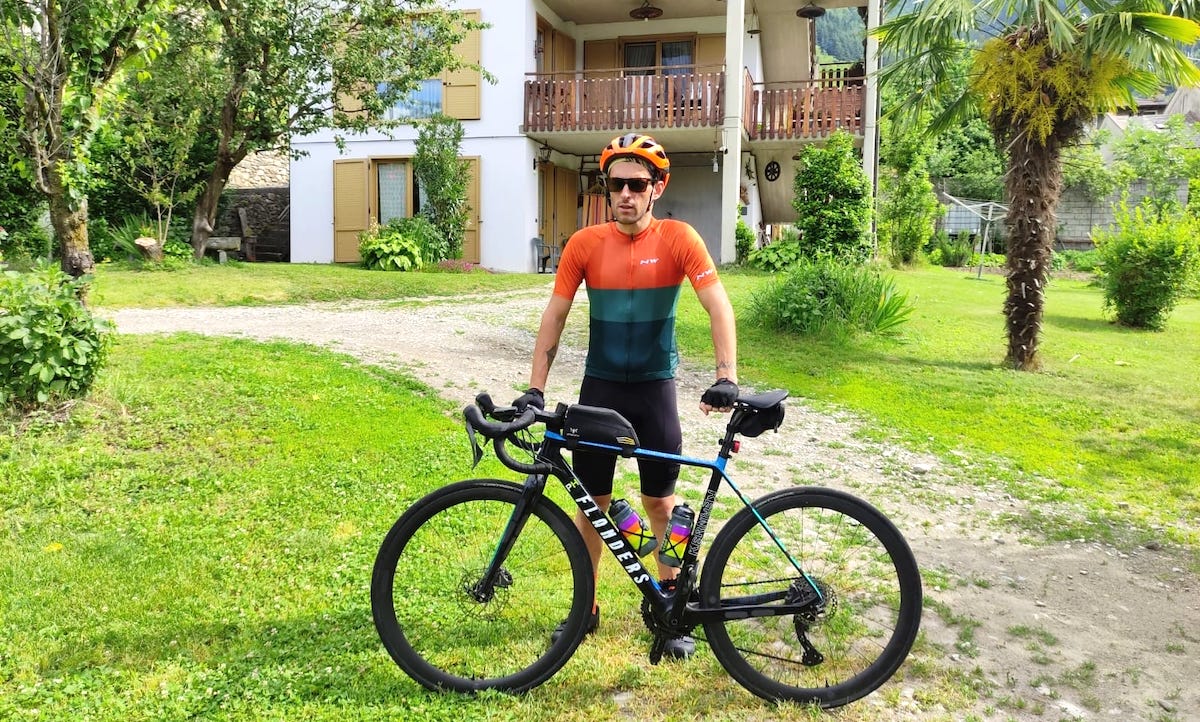 Given the recent news that Tom Pidcock is going to win the 5000m at the Paris Olympics and that cyclists everywhere struggle to use GPS watches correctly, it feels about time to go for a cycling world record.

You may have seen it earlier this year. Absolutely world class cyclist and cycle-cross hero Tom Pidcock went out for a run around his local park and clocked 13:25 for 5k on the road. On Strava.

The cycling media went crazy. Every single cycling website (and some running ones) you can think of was posting about how easy running fast was, despite the video that accompanied the exceptional athlete on his run showing him to be running considerably slower than the watch suggested.

Already you might be sensing a certain tone for the article, but whilst there is no denying the physiological and psychological brilliance of the cyclist who wowed the world by winning gold on his MTB in the Olympics, this runner (and cyclist) feels like shots have been fired.

What record shall we break next?

Credit where it’s due, this was no Ross Barkley stye 5k world record. Pidcock would likely have a decent 5k time in him, as there is some running training involved in cyclo-cross, especially when the mud, or often sand, gets too steep to cycle up on the latter laps. It’s a fantastic sport to watch and the aerobic capacity of the competitors is awe-inspiring.

But it’s a little like me jumping on my bike, accidentally clocking 50-ish kilometres on a ride with some dodgy GPS and starting to plan an eye at Victor Campenaerts current hour record. Graham Obree I am not. It’s likely Pidcock himself would beat me over 5k and certainly over any distance on a bike.

But after my accidental Strava world record could you imagine all the running media going wild that I was going to smash cycling records left right and centre? What’s next? World Kilo record and the Tour de France.

I have won quite a few races on Zwift, don’t you know?

Going so fast in a virtual race that I’m blurry. At least 80kph.

For the most part the running population ignored Pidcock’s explosion onto the GB 5k rankings, apart from appearing en masse in his Instagram comments to politely (and not so politely) inform that he wasn’t actually running that quickly.

So why the article now? Well I’ve got a book to promote, but mainly it’s because one of my favourite cycling mags Rouleur brought it up again with quotes like “It would place Pidcock just outside of the all-time top-25 5km runners”. That’s not really true is it. Not in the slightest.

Pidcock himself has more modest aims of breaking 15 minutes and honestly, it would be impressive. Maybe with a bit of dedicated training he could be in the top 150 at Armagh International road race one year and get under that decent mark. Really the cycling prodigy should rock up at a parkrun and see if he can get in our top ten ranking for the week first. Maybe on a slower week. If Holly Page took up pro-cycling we wouldn’t be that surprised to see her at the front of a race. Photo: @riffraff002

We’d love to see it

Honestly though, we’d love to see Pidcock toeing the line of a proper race (not another Nike organised specialist attempt please), but just one of the Podium 5k races. Heck, we’ll even have Fast Running cover the entry fee (but that’s as far as we can go).

Freddy Ovett (son of Steve, no less) is another pro-cyclist who took to the tarmac in his kicks, with a 2:52 at LA Marathon, although the reporting of a 2:48 from his watch time raised some eyebrows. Then Adam Yates, another professional Brit broke three hours for the marathon too and it’s actually really cool to see. Just not spectacular.

Possibly the best running result from a cyclist this year though was Tom Dumoulin, who ran 32:38  for 10k in a race in his home town of Maastricht. That really was impressive, but if you’re looking for cross sport performances maybe check out cross country skier Theresa Johaug’s win at the Norwegian 10,000m champs in 32:20…

Mike Woods, a Canadian sub-4-minute miler, has already proven how easy it is for a decent runner to become a pro-cyclist so let’s hope, for the pro-peloton’s sake, no one suggests to Jakob Ingebrigtsen to try a spot of two wheeled competition.

Now, I’ve got to find out how to ride a track bike so I can have a pop at this hour… I did see Callum Hawkins on a bicycle recently, maybe we can convince him to win the Giro d’Italia?

If you enjoyed this particular sense of humour, or you’re Tom Pidcock and you want to get that 5k time down, check out 1001 Runnings Tips, available for purchase now.