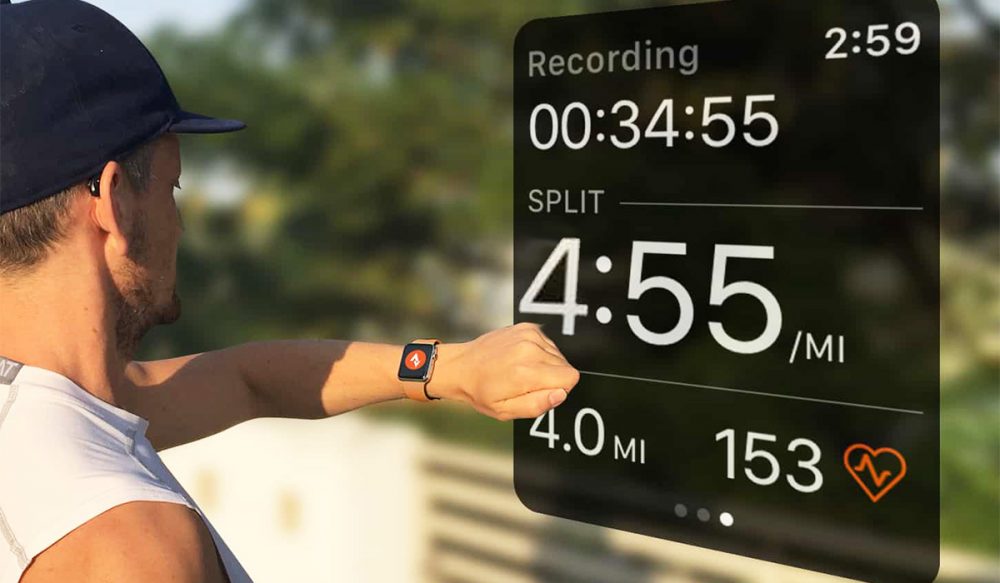 Johnny checking his watch on his ninth run of the day.

Boris Johnson has appointed @StravaW**kers as a head of new police department in charge of monitoring wayward athletes.

A government spokesperson announced that “there really isn’t anyone better at spotting dastardly behaviour online than ******* (named redacted for privacy reasons).”

“They have years of experience at spotting people uploading a GPX file after mowing the lawn or driving home from the track so it was an easy decision.”

The number of people using their government mandated daily exercise portion to take up running has seen a boom in the popular two-footed exercise. Strava, where athletes can boast openly about how hard they train and how fast they run, is a key part of modern running.

“If it isn’t on Strava, then it didn’t happen” Boris Johnson was rumoured to have muttered under his breath in a recent press conference, although he wasn’t suggesting there was a carte blanche attitude to non-Strava’d activities.

Johnson is reportedly using his own time in isolation to help take the fight to the front line and recently commented on World 50k record holder Aly Dixon’s run. Johnson claims to be a keen jogger himself but has yet to be seen at a parkrun anywhere.

The “report” button on the online training platform has now apparently been linked straight to the Home Office and a crack team will be investigating whether those Strava W**nkers are really taking the mickey or just accidentally paused their watch in the middle of their one run a day. Rosa took on the extra work so she could afford more narcissistic pillows.

One way the government is planning to crack down is with a new pigeon based surveillance team.  “Drones are just so 2019, so we’ve been equipping pigeons with infra-red cameras in urban areas to keep an eye on city runners who try to get out for that second “easy hour”” said our anonymous source.

“Who would suspect a pigeon of spying? We even hired some goats to police Llandudno, but they quickly took advantage of our trust and just took over the centre of town“.

There are even rumours of Strava police being hidden inside deer costumes in Richmond Park to highlight cyclists who are coughing too much, but it backfired when one stag took a fancy to the unfortunate officer.

The extra measures have been considered as several people where apparently going against the widely circulated rule of “don’t be a dick” and going out more than once a day.

One of our Scottish contacts had this to say “see yon big galoot dain runs twice a day in Glesga? Game’s a bogey fur him. He’s been captured by the polis, wee Mary grassed him in!  She’s his wife anaw!”

We’ve sent this away for translation but we’re still no clearer on what’s actually been said. Please do let us know if you have any information.

Paramedics were called to a garden in Wigan after Barry live streamed a marathon in his back garden to 12,000 people and unfortunately the turns on the two metre squared course were a little too tight and dizziness ensued.

The resulting accident saw the runner fall through his fence and accidentally go within two metres of his neighbour, Doris, who is now having to self-isolate in Barry’s shed.

Across the Irish Sea it seems there has been a coup attempt by former UFC fighter, now self-appointed voice of the nation, who ordered everyone to stay indoors.

The vast majority of people were already following the advice from the government and it has been feared that some might break the rules “just because we’re not listening to that gobshite McGregor.” Sense prevailed though.

Remember not to pile on

Now all the fun and games have been had, let’s put an important message on this April Fool’s Day post… Oh, no one realised it was a joke and it all sounded a little too real… Hmmm…

One of the things we don’t need to be doing in the current situation is piling on people who make a mistake (or act like a wally). It’s just a month on from the huge amount of social media surrounding the media hounding Caroline Flack and the consequences and we all seem to have forgotten.

In tough times we need to stick together, have a laugh but also be aware that everyone is feeling extra strain and stress at the moment. I’m writing this having done three weeks of cycling on my balcony in Italy. Trust me, at the moment one run a day seems like living the dream.

A favourite saying for me recently is “Don’t put down to malice something that can be explained by stupidity”.

If your mate is being an idiot, running three times a day or still going out on a group then have a quiet word and try to explain why, rather than getting 18,000 people to retweet what an arsehole they are.

No one mocked in this article actually exists, except for those goats in Llandudno and Connor McGregor, but hopefully he can take it on the chin as well as that old geezer in the pub.