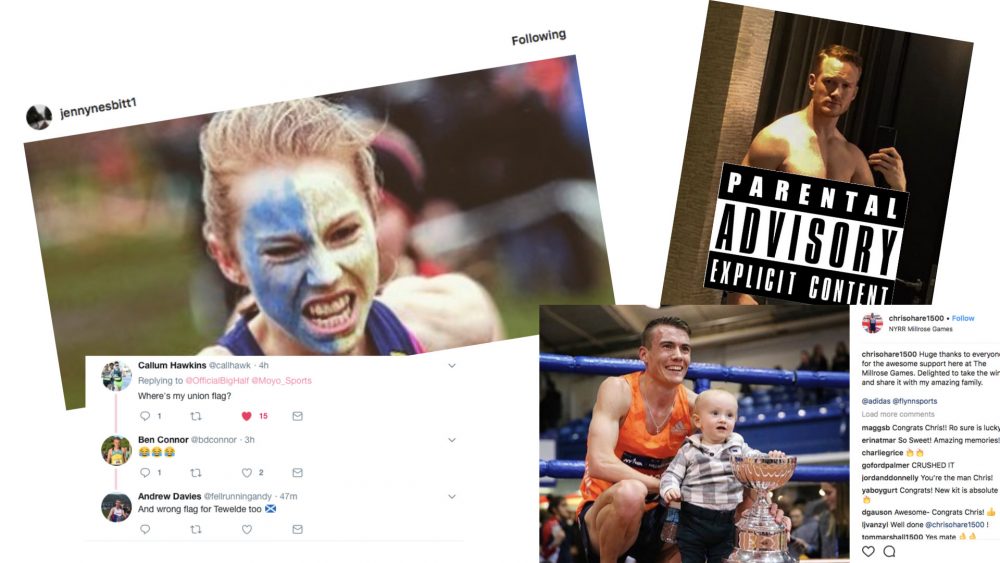 A mud bath at BUCS and more Andy Butchart, the social media round-up is a messy one. One week we might just do a Butchart special.

The BUCS cross country championships at Hillingdon House Farm had a peach of a water hazard and victims aplenty.

More hazardous than your usual pond –  hopefully no athletes were harmed in the making of these videos.

Hats (or shoes) off to this chap who went back for his shoe.

Monday blues? Don't fear, we have something for you! Check out the below video from #BUCSXC, just make sure you watch until the very end 😂😂😂 #WhereIsMyShoe pic.twitter.com/y8DnD0uWBc

Jenny Nesbitt auditions for Braveheart about 23 years too late… we’re not even sure she was born when it was released. The blue and gold facepaint of the Team Bath athlete would have made William Wallace proud.

The Big Half took it upon themselves to vote for Callum Hawkins in the next Scottish referendum and he wasn’t happy. 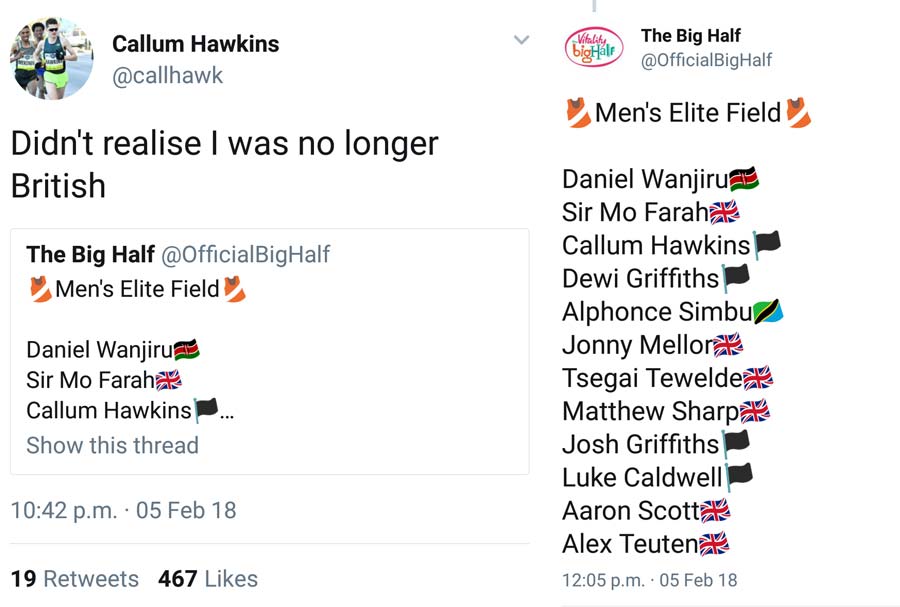 When he’s not tweeting about people cutting their toenails on airplanes Andy Butchart is a good lad. We’re not sure though if he realised a tweet about volunteering was a contractually binding agreement. Get your high-viz at the ready Andy. 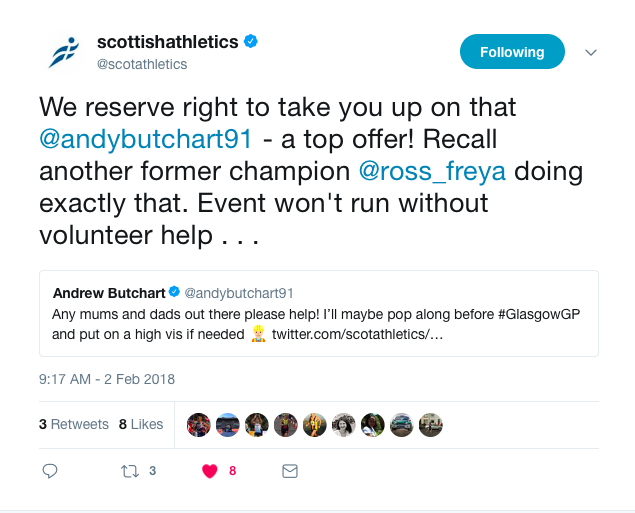 Put some clothes on Greg!

I haven’t put one of these out in a long time.. my body fluctuates a lot when I’m not in training, I have to work arguably harder than others with diet and training in order to get into and maintain shape. Thankfully I love the process. Healthy eating, daily circuits and of course jumping to get a fat ass! • Ps… I’m actually very happy. I just forgot to smile in this pic 😅 • #fitness #athlete #dubai

St. Valentine’s Day is approaching but not to worry, Dwain Chambers has got your back. Is anyone brave enough to send the other half to the British champion sprinter for a workout?

Ladies, if you have a fitness goal or an occassion to prepare for, lets give this valentines training package a try. If you fancy giving this a go but feel uncomfortable coming on your own then bring a friend with you to help share the fun! For more information please head to my website via my bio.

A warm and fluffy moment to finish, with Chris O’Hare sharing his cracking result at the Wanamaker Mile with his family in New York. The cup is nearly as big as the wee man! 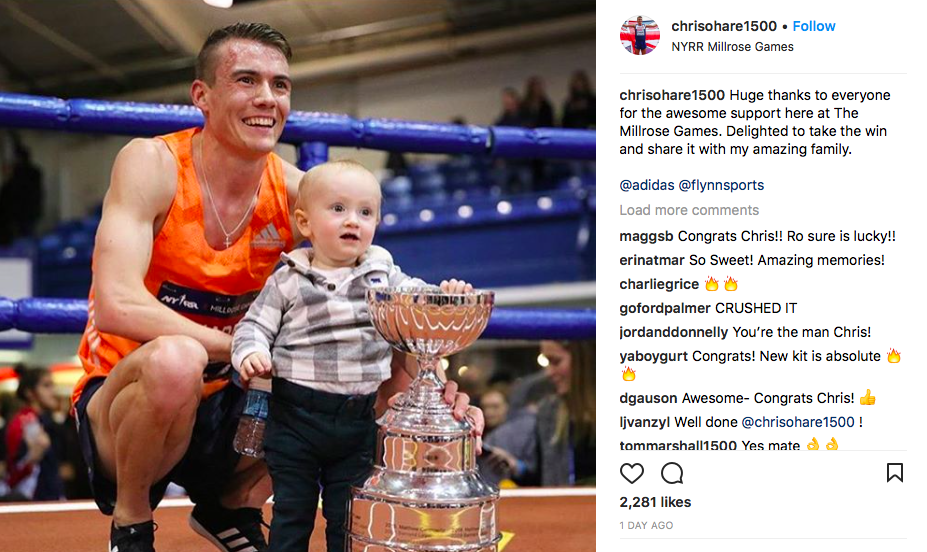 Which runners could medal at the Winter Olympics?
A runner’s guide to London