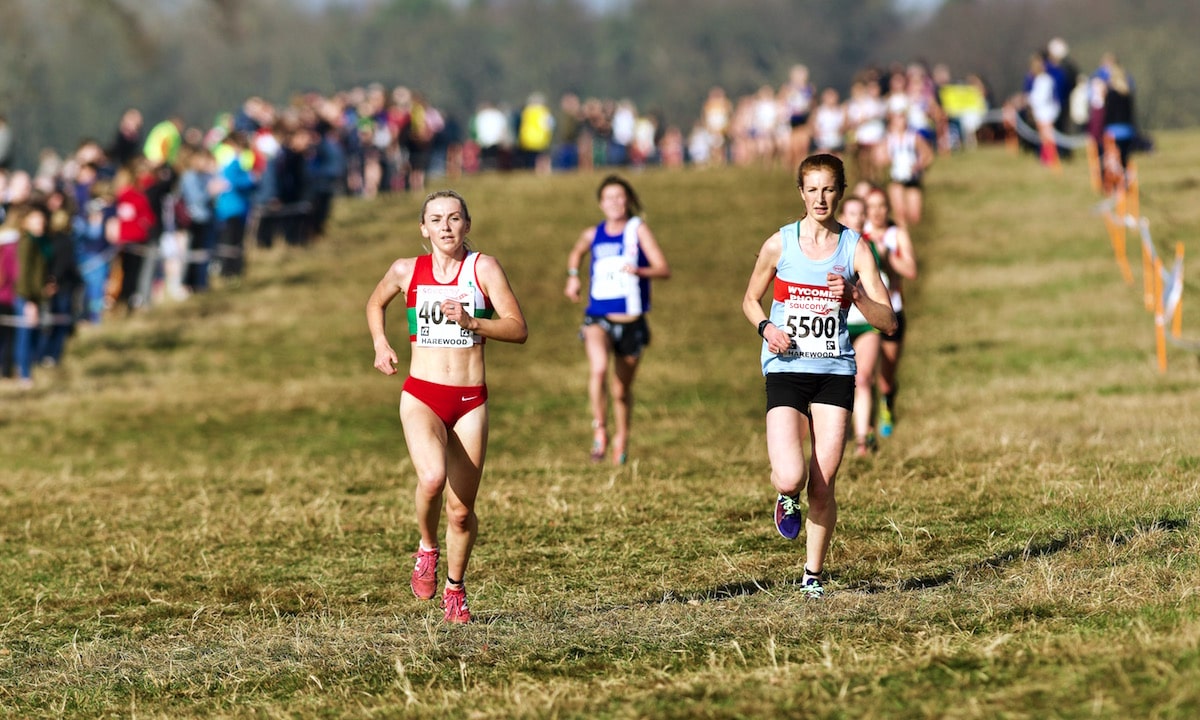 Jess Learmouth and Georgia Taylor-Brown have been disqualified from the World Triathlon Olympic qualification event in Tokyo for crossing the finish line together.

In searing heat, with the run section of the race shortened from 10km to 5km, the British pair forged ahead on the run together and then finished the race holding hands. So in comes ITU rule 2.11f which states “athletes who finish in a contrived tie situation, where no effort to separate their finish times has been made, will be disqualified”. You race to the end or no race at all.

So should we have the same type of rule in running races? Personally I always refer to joint winners of a race as “joint second” as nobody wins. Harsh, I know, but I love a good race and it’s got to be to the line.

It is worth noting that the race in Tokyo had been shortened due to extreme temperatures, so had it been about not competing in the heat due to the dangers involved, I would certainly be supporting these two athletes. The rule about finishing together is clear though.

Down at the track

You never see it on a 400m track do you? Even friends are dipping each other at the line, if someone celebrates a little bit early and the sympathy from track fans is never that vocal. “You always race to the line” the old guard choruses.

The Olympics may be a different matter with medals on offer, could you imagine the uproar if two marathoners decided to share the Olympic title? Do they get a pair of gold medals or half and half of the gold and silver?

Can you imagine it happening at a cross country race? I think not! Is Kipchoge gradually shifting up through the gears at the London Marathon so that he can share the victory and how great was the sprint finish to Boston Marathon this year, with Lawrence Cherono out leaning Lelisa Desisa for a one second win.

Imagine if the first winners of the London Marathon, Dick Beardsley and Inge Simonsen, had been disqualified for what is now seen as one of the most endearing pictures of a marathon finish? Should they have been as now we don’t have a first winner, but two. It probably helps to share the media workload after the event, split the journalists in two and get more interviews done. I don’t think anyone crossed the line together here. Photo: Charlie Wheeler

The longer the race, the better?

In ultra running we see joint winners a little more often. The shared toil and battle against the course often brings runners together and hours and hours of competing can actually just get too much for some, so they agree to run together. It might also make things easier if they’re working together.

But that’s a problem for me. They’re working together to beat the rest of the field, in a solo event. It’s great to see camaraderie on the course and helping each other at times, but working as a pair to finish together in a solo event. That’s just no cricket (although some argued England and New Zealand should have been joint winners in the cricket recently, due to umpiring error).

In team sports there is a tie, which means no body wins, but when you need a winner, it goes on until we have one. Who remembers John Isner and Nicholas Mahut match at the 2010 Wimbledon Championships? The longest tennis match in history with a final set over eight hours long. Yet at no point did they decide to finish together and go into the next round as a pairs team.

It’s more than just a race

So in ultra we see these joint winners and many enjoy the camaraderie it shows. I get it. I love making friends in a race and often help others along the way. But when it comes to that finish line, something else takes over.The closer it gets, the harder I work. It’s uncontrollable really.

So when Jason Schlarb and Kilian Jornet finished the Hardrock 100 together in 2016 I didn’t feel the joy of having two winners, I felt the disappointment of having watched a race for nearly a full day and then not seeing any winners.

Xavier Thevenard, who’s no stranger to a DQ, fought on his own and was overtaken by both the runners, who worked together by their own admittance. Thevenard was DQ’d last year for accepting some water from a support crew outside of regulated areas, but was defeated in 2016 by a pair?

It seems American runner Schlarb loves a joint win, doing the same at the 2018 UTMB Oman in November last year. This time with wonderfully eccentric chap Diego Pazos, the pair were practically hugging as they crossed the line and it may make some feel all fuzzy inside, but I just want to see a race. It’s not over until it’s over.

Is it just a weakness?

So now I’m going to get more controversial (and potentially unpopular) but I have thought about it myself, battling with a runner over the ultra distance, even shorter, and thinking “Maybe we could finish together”. It was always in a moment of weakness.

At the 30km Garda Trentino Trail this year I was going back and forth for second place with a lovely Italia chap. The more technical bits he went ahead, the less so I went back in front. We worked together a wee bit, him encouraging me to follow his line and telling me how far to go, me egging him to come along and chase first place with me.

Working hard to go past on the final few kilometres I did think about how lovely it would be to run in together, working hard enough to keep joint second, but not destroy each other. It would mean we would both come out of the event a little less batter too (maybe another consideration for professional athletes).

But it was weakness that brought that thought on. I didn’t fancy working that hard for the final miles. I wanted an easier option with the same amount of glory. Fuck that. Saving yourself for bigger things?

I pressed on and eventually saw first. It wasn’t a goal race and the plan was to not really hammer it. Logically I had bigger fish to fry and this was a training effort, but something deep inside decided otherwise. If this had been chasing second place, then maybe I would have eased off, but this was the hallowed victory. It’s why we race. For the win.

When I caught first there was no thought of holding his hand. I wanted to crush his spirit as I passed so there was no hope of a battle. It wasn’t the easy option, that would have been joint second, but this time the hard choice paid off.

Further down the field it actually makes sense to work together and enjoy the finish, but when it comes to the win, that’s a different matter. If you want to win, even the podium, you need to work harder than everyone else and, for me, I’d have a same rule for running races.

If you want to win a race, you have to work for it. The easy option shouldn’t be rewarded. It may look pretty for the cameras, but I’d rather see ugly sprint finish faces every day of the week. Joint winners… no thanks, I’d rather get beaten.

RELATED: Have you got the fight?

The journey to Frankfurt begins now
Loving those Kenyan hills