Chasing sub 2:30 at the Valencia Marathon 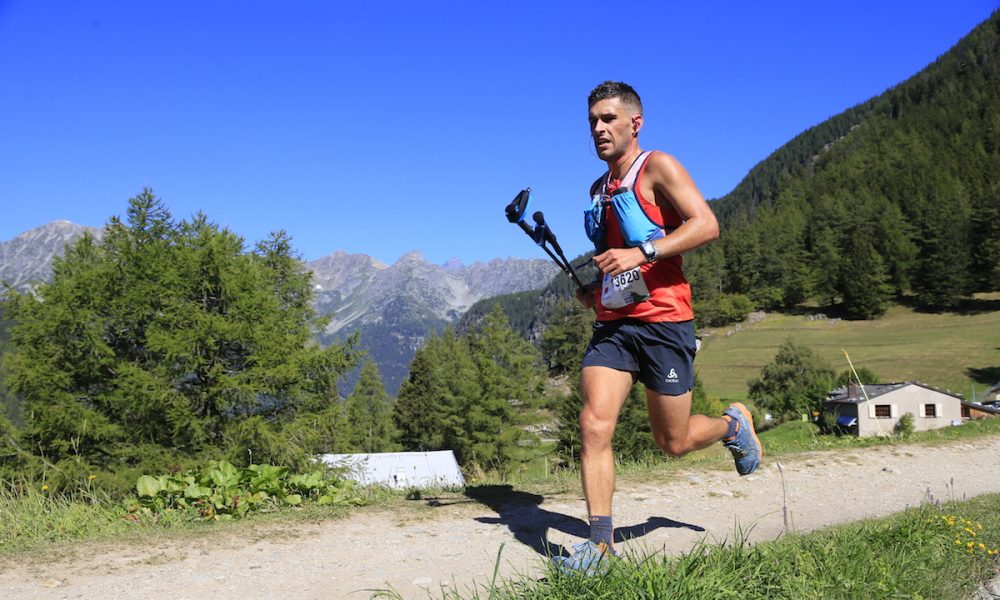 This autumn Fast Running will follow our own Robbie Britton as he prepares for the December 26.mile race.

Throughout his build-up to the Valencia Marathon, Robbie Britton will share details about his training, and the trials and tribulations as he attempts to find some leg speed to break 2 hours 30 minutes.

Along the journey, the ultra distance international will be assisted by Running with Us coach Tom Craggs, Sports Dietician Renee McGregor and other experts in the field of endurance running. Every fortnight Britton will update us in his progress, and hurdles on the road to Valencia.

In this first blog, he talks about his motivation for turning to the roads and why everyone should challenge themselves within their running.

What doesn’t kill you…

Whenever you say you’re a long distance runner people always ask “what is your marathon time?”. The circumstances don’t matter (it was a hot day in Chennai, India and I had the s***s). It’s just the numbers that count. 2:59 isn’t a bad marathon time, but it’s far from what’s possible. It’s definitely not the best I have in me.

Yet every year the world of ultra marathons throws up new challenges. New races emerge, the temptation to keep doing what you’re good at and hide away from empirical evidence of your own ability is there. If I race an event in some far flung country, that no one has heard of, then no one will know just how quick the result is.

With the marathon there is no hiding. Generations before have tried and tested the ultimate long distance event. Everyone in the 1980s runs under 2:30 just in training.

Often discussed is the relevance of marathon times in ultra running. Several have said to me that it just doesn’t matter. It has no relevance. What a load of rubbish!

Whilst the marathon PBs of the runners on an ultra distance start line might not determine the finishing position of the runners, it does signify each runner’s potential.

If you have a greater physiological ability then you can be a better ultra runner. Yes, I have beaten many a faster marathoner over 100 miles or 24 hours, but surely a faster Robbie would beat me (and I don’t just mean Robbie Simpson).

Hence we find ourselves reading a blog about my journey to Valencia Marathon. Working alongside my friend Tom Craggs, who has taken on the task of getting some road speed into these ultra distance mountain legs, I hope to document the challenges that lie ahead on this journey.

The aim is to break 2:30 and, in the process, become a better ultra runner. Increase my potential at every start line. The other main factors that determine ultra running ability, pacing, eating, drinking, are all things I’m happy with. So let’s increase the speed.

With a comfortable win at the Gorce 102km race in Poland in August, my mind was satisfied to get into marathon training. The final mountain race of the season, the 40km MCC of the UTMB festival, was seen as a long run in the process, if a little unsuitable. I’ll never race easy, so it wasn’t like I wouldn’t give it my best.

Tom Craggs is on the same MSc Performanc Coaching as I at the University of Stirling, so I have seen his fastidious, diligent approach to coaching and wanted to improve my own knowledge by working with someone who knew the marathon world inside out. As an ultra distance coach, I don’t coach marathon runners, but my athletes often want to try a marathon for similar reasons as I do, so it is a good opportunity to learn.

Using the Training Peaks platform, Tom has started setting my training. Living in a place without any flat running from the door means we have to adapt a little, so flatter trails down the valley will have to do.

The first thing Tom wants me to work on is the leg speed. This sounded like it was going to hurt. Never before has a session included so little volume. Surely this was a typo? 3 x (3 x 200m) and 10 x 150m sounded like a sprinter’s workout? There was even some 6 x 80m hill efforts on some days.

Before we got into the bulky marathon sessions, my coach wanted me to get faster. Improving the leg speed would make the 5:40min marathon pace seem more comfortable. Apparently.

Never did I imagine how exhausted I would be after these shorter sessions. A 40 minute uphill tempo never left me as exhausted as the 1800m worth of efforts in that first track session. Do something that is out of your comfort zone and you’ll see some of the biggest improvements. That’s what I told myself when the burn set in each lap.

The muscles took a little convincing, but each time they seem happier with the workouts. The 300m reps are great on Chamonix’s 300m track, Takes a little bit of thinking out and you can always tell yourself you’d be faster on a normal 400m loop. There’s just a lot more time on the straights, not those pesky bends.

After the speed, comes the speed endurance. The reps will start to get longer, 800m, 1km and maybe even more. Loops will be the flavour of the season as there isn’t much in the way of flat running in the valley. It can help to have your tried and tested loops though.

A one-mile loop near a friend’s house will be a major part of preparation too. Not only because said friend, Ben Riddell, is faster than me, so a great rabbit for hard sessions. Gauging improvement and getting used to the accelerated pace will be a large part of the next few months.

Fitting some races in too will hopefully help. This weekend is the annual Round Norfolk Relay, where I will be running a 19.4 mile leg for my club, the North Norfolk Beach Runners. Normally this is done solely on mountain legs so it will be interesting to have some road mileage in beforehand this year.

Then there will be events like Lausanne Half, Geneva 10k and maybe even a parkrun or two. Racing can be a great way to see your progression, but also great fun too. I run because I love it and the motivation might be a little harder on the roads this autumn.

Focusing on improvements, shorter races and the longer term goals will help keep motivation high throughout this training block. Writing a blog alongside should help too. Or at least provide some laughs.