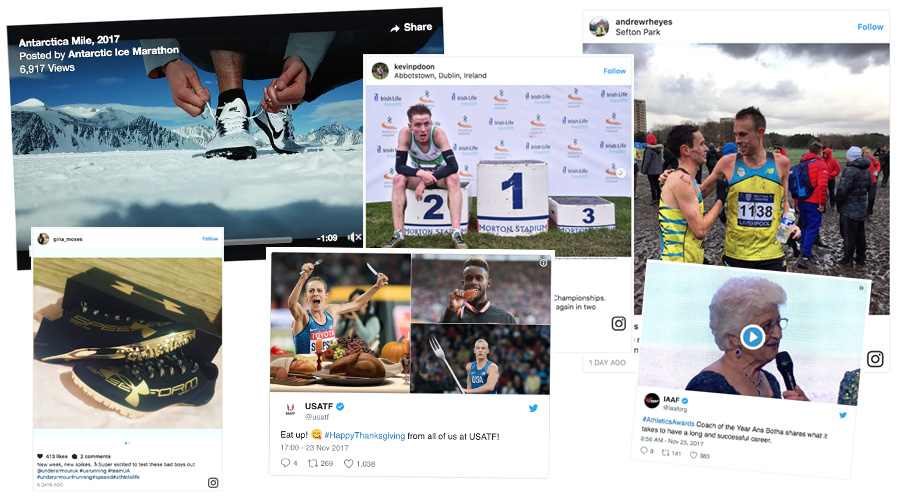 Here are a few good, bad and humorous posts that stood out this week.

1. A 4:17.9 mile in -20 temperatures – The inaugural Antarctic Mile was run by Ireland’s Paul Robinson on Saturday (November 25). Held in conjunction with the annual Antarctic Ice Marathon, it’s the fastest ever mile known in Antarctica. Respect 💪

2. Hang time – A great leap by heptathlete Katarina Johnson Thompson that you could watch all day!

An absolute mud bath but this lad got the job done today. So chuffed for @bdconnor to come away with the win.

4. 800m runner gives 8km of mud a go – Adelle Tracey, more familiar running 800m on the track, even took on the challenging conditions in Liverpool – finishing a respectable 39th. Thumbs up  👍

5. Photo of the week – Kevin Dooney finishing second at the Irish National Cross Country Championships – a picture is worth a thousand words.

Second individual, team gold, and off to the European Championships. Utterly wrecked now, but today was a good day. We go again in two weeks. #onelifeoneclub #athletics #crosscountry

6. Who knew USATF has a sense of humour – USA athletes enjoy Thanksgiving thanks to a bit of photoshop ‘magic’ from USATF.

Eat up! 😋 #HappyThanksgiving from all of us at USATF! pic.twitter.com/4J0cP8RjpW

7. Coach of the year and 75-years-old – IAAF Coach of the Year was awarded to Ans Botha (current coach to Wayde van Niekerk) “Love for what you do, passion and enthusiasm” is what you need to be a successful coach.

#AthleticsAwards Coach of the Year Ans Botha shares what it takes to have a long and successful career. pic.twitter.com/ivnQUHTe1c

8. On point! – Sprinter Gina Akpe-Moses’ new spikes – where do we get a pair?